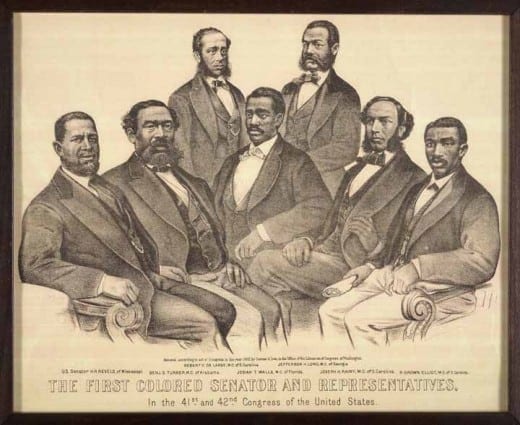 Review: Black art, history play off each other in Kinsey Collection at Atlanta History Center 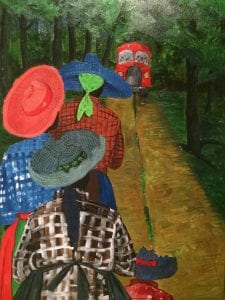 The description on the Atlanta History Center’s Nicholson Gallery wall — which is currently home to The Kinsey Collection: Shared Treasures of Bernard and Shirley Kinsey: Where Art and History Intersect — says that the exhibit strives to show the intersection of art and culture. Through an impressive collection of over 130 paintings, sculptures, papers and artifacts, The Kinsey Collection examines the cultural influences of enslaved Africans on the American artistic aesthetic and how the evolving black aesthetic during the Harlem Renaissance influences black contemporary art.

One of the most poignant examples of this is in the way the collection traces the stylistic roots of the Hudson River School paintings. Starting with landscape paintings by slaves from the 1500s to John Wesley Hardwick’s River Landscape from 1940, The Kinsey Collection connects the dots of art history that school leaves out. At first glance, Hardwick’s painting appears to be a Claude Monet offshoot. A tree-lined river with muddy, reddish-brown banks runs down the middle of the canvas. The reflection of the plush red, orange, green and pink trees rest on the river’s surface. The sky, trees, banks and river appear to be a seamless circle of color with varying shapes, much like that in Impressionist paintings. But The Kinsey Collection offers the idea that these paintings represent the evolution of the African American aesthetic from slavery to the Harlem Renaissance. In this vein, the exhibit is divided into sections, marked by periods that influenced African American art: Slavery, Civil War & Reconstruction and Birth of an Aesthetic (about the Harlem Renaissance).

The sesquicentennial of the Civil War and the 50th anniversary of the passage of the Civil Rights Act provided the impetus for the exhibit to tour, but a personal desire to find their roots prompted Bernard and Shirley Kinsey to assemble the collection. Large portrait paintings of the Los Angeles–based couple and their son, Khalil, hang at the exhibit entrance, and pieces of their family history are throughout.

An article from the Palm Beach Post about Mr. Kinsey’s father, Ulysses Bradshaw Kinsey, examines his role in getting equal pay for black teachers in Palm Beach County. Their case was one that Thurgood Marshall used as a precedent while arguing Brown v. Board, which ended segregated schooling. 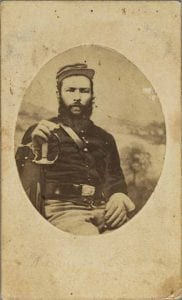 The best parts of this exhibit are the historical records and papers. For example, in the Slavery section, a copy of a slave insurance policy from the Albemarle Insurance Company lists rates for insuring slaves, by age, for one year. Another fascinating piece of history is a lithograph of seven black Congressmen from the 41st and 42nd United States Congress. All were born into slavery in the South and rose to political office during Reconstruction.

The Kinsey Collection deconstructs the idea that black people were merely shackled, unproductive and hopeless prior to the civil rights movement. Tintypes from the 1800s of wealthy black families line the gallery walls. One depicts a group of four women who appear to be sisters. They are dressed in long, flowing skirts, big hats, and there isn’t a pin curl out of place. In another part of the gallery, a group of 4×6 sepia-tone postcards of black soldiers who fought in World War I hang in a white multiphoto frame. The collection offers a conscious celebration of black soldiers from the Civil War to World War I, a period in black history that is often clouded by slavery and Jim Crow.

The Birth of an Aesthetic area is where the paintings and sculptures live. The work starts with Harlem Renaissance painters and chronicles forward to the work of Elizabeth Catlett, Romaire Bearden and Jacob Lawrence. This is not one of those exhibits where looking at the pretty stuff on the walls is enough. The wall descriptions provide backstory and context that is critical. One such card introduces viewers to Alonzo Aden and James Herring, both Howard University professors, who not only started the school’s art department but also founded the nation’s first black-owned private art gallery to display the work of Harlem Renaissance artists. 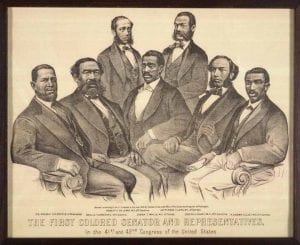 The First Colored Senator and Representatives in the 41st Congress of the United States, 1872, lithograph.

The Kinsey Collection is on view in the Nicholson Gallery at the Atlanta History Center through July 13. It is certainly not to be missed by history buffs and those who are looking for an unconventional way to teach art history and black history. As an added bonus, a flat-screen television plays interviews with the Kinseys on The Tavis Smiley Show and usatoday.com. Other events that are a part of the exhibit are the “Meet the Past” historical reenactments and a two-day Juneteenth Celebration, June 20 and 21. Visit atlantahistorycenter.com for more information.