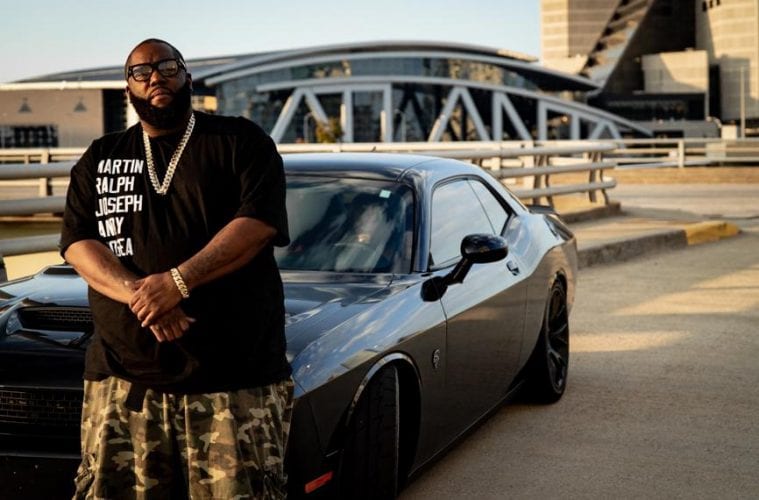 Killer Mike settles into High’s board of directors, overcomes self-doubt and connects the arts community

Earlier this year, the High Museum of Art announced Grammy-winning musician and Dungeon Family descendant Michael Santiago Render — better known as Killer Mike — as one of four new additions to the board of directors for a three-year term. Months later, Killer Mike is still in disbelief over being part of the prestigious board and has steadily settled into the new position.

Killer Mike’s ability to effectively connect the arts community to activism through hip-hop music makes him exceptionally qualified for a seat on the board. Because of his confronting of topics of income equality, police brutality and systemic racism through various art mediums, the High Museum felt Render was a perfect fit. Though Render happily accepted, it didn’t go without a sense of doubt on his part in the beginning.

“I sing and dance. I’m a rapper,” he says. “Rappers, although we are artists, aren’t always favorably seen in the art world.”

Killer Mike’s credentials date as far back as his 1993 alma mater: Frederick Douglass High School. There, he was one of three students selected for an arts talent system run by former opera singer Nancy Bishop in partnership with the High’s Woodruff Arts Center. Even with a passion for art, Killer Mike would later turn down several fine arts scholarships to pursue a career in hip-hop. The year 2012 set into motion the future of Killer Mike’s career. The artist was working on his latest album, R.A.P. Music, with New York-based rapper and producer El-P. A friendship was sparked between the two, leading to them joining forces as renowned hip-hop duo Run the Jewels. The cover art of R.A.P Music depicts a teenaged Killer Mike wearing sunglasses and crossing his arms inside a classroom, evoking Ice Cube’s rebellious spirit and the warmth of a Norman Rockwell portrait. The painting was the first work Render commissioned by Atlanta-based visual artist Fahamu Pecou, whom he met in 2010 on a Morehouse College panel on hip-hop culture.

Years later, it was none other than Pecou who nominated Killer Mike for the High’s board.

“Fahamu is quite different,” Render says. “His ability to convince a room of people who knew very little about me that [having me on the board] was the right thing to do. I think he is a cultural bridge between what people would consider fine art in the city of Atlanta naturally and the art form that is hip-hop. Just the fact that he considered me of a high art standard is a huge compliment.”

While society is constantly redefining what constitutes as fine art, Killer Mike has a plethora of ideas to broaden the High’s scope, including more involvement by members of Atlanta’s infamous hip-hop and R&B community to deeper reflect the city’s culture. Also topping the list is more graffiti art, a founding hip-hop tenet, on the High Museum walls. He envisions an exhibition that celebrates the portrait photography of Jonathan Mannion, who shot nearly all of Jay Z’s album covers. Mannion got his start in photography assisting Richard Avedon, who is known for his expertise in fine art and work with Harper’s Bazaar. To the fine arts community, an exhibition of Mannion’s portrait photography at the High might seem like a novel concept. To Render, such recognition of artists like Mannion is far overdue.

“If you look at Jonathan Mannion, one of the most famous hip-hop photographers ever, he’s a student of Richard Avedon,” he says. “His shooting style is amazing. And I would love to see him hung in a museum, not just concerts and places where rappers frequent. I think that we have these opportunities today, and I look forward to being a part of it.”

But as non-white attendance continues to grow under director Rand Suffolk — tripling from 15% to 50% — Killer Mike sees the opportunity for intersectional growth. He finds inclusive inspiration from Oakland Museum of California’s All Power to the People: Black Panthers at 50, an exhibition he visited last year.

“I remember being at [Oakland Museum of California] and thinking that there are all different types of people here,” he says. “By the time I got to the end of that exhibit, I was having to understand that not only were the Black Panthers a black organization, but they worked with the gay and lesbian movement, and they worked with the women’s movement. The diversification came when all those movements converged together. I think the High has an opportunity to do that.”

In addition to diversifying attendance, Killer Mike hopes to engage more children. Since his departure from Frederick Douglass High, public schools nationwide have cut art and music programs so students can devote more time to core classes in hopes of boosting standardized test scores. Killer Mike holds his own generation accountable for the slash of arts funding in public schools.

In a world of extraordinary art auction houses like Christie’s, where the value of art is only determined from a monetary standpoint by the highest bidder — its slogan, after all, is “Live Like a Rockefeller” — Killer Mike sees the act of art appreciation that the High offers as a necessary public good.

Killer Mike is still getting acclimated in his new role, missing the first board meeting due to a shoulder injury that required surgery. He’s juggling it all to balance his duties at the High with his music career and SWAG Shop, his and his wife’s growing barbershop franchise.

Fortunately, his initial self-doubt over his qualifications is starting to disappear. Just as the High was a cultural destination for him as a child, he foresees a future in which the High gets mentioned in the same vein as strip club Blue Flame and Mercedes Benz Stadium. He understands how, with his place as the intersection of Atlanta arts and culture, he can help make that happen.

“The first few months have been me getting immersed and getting nervous because I’ve never done this before,” he says. “And then I’m a working-class person, so there is always that question of am I good enough? But once you get past the first few weeks of emotion, things fall into place and you understand that, yeah, I am good enough. I’m supposed to be here.”