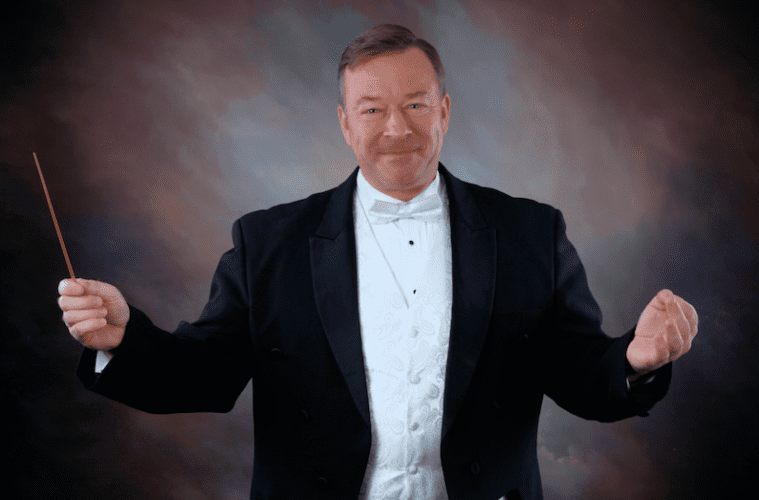 In Our Own Words: Scott Stewart, teacher, conductor and radio host on WABE-FM

Scott Stewart teaches instrumental music at The Westminster Schools and is music director and conductor of the Atlanta Youth Wind Symphony. He’s a guest conductor, teacher, clinician, author, speaker and saxophonist. He’s also the founder and on-air host of 90.1 WABE’s Strike Up the Band program and a regular guest on City Lights With Lois Reitzes. (Photo by Eric Richards)

In music school I recall learning how despicable a character Richard Wagner was: an egomaniacal, unscrupulous, anti-Semitic jerk. Wagner figures squarely into the canon of composers I commonly refer to as the “dead rich white German guys.” Their repertoire, music I have studied and performed and adored, was composed by and for white men and women (add straight, cisgender). While European settlers were slaughtering indigenous North American people and stealing their land and enslaving Africans to work on their plantations, the European aristocracy was dining in luxury listening to Mozart serenades.

Does this diminish the creative ingenuity of Mozart? Should this music — the bedrock of Western high art — be discarded? I don’t think so. The music itself did not exclude participation by Black people. There is a long tradition of Black people — and mixed-race individuals — being a part of the tradition we now call “classical.” Sadly, that history has been erased and many view classical music as white, while Black music seems to consist only of jazz, spirituals, gospel and blues. Classical music’s race problem seems to stem from 20th-century orchestras and other institutions discriminating against Black people, and having all-white artistic committees choose the repertoire. Our call to action is to acknowledge and celebrate Black contributions to classical music, educate about this history and provide models for young people to have roadblocks removed.

In 2020, it is incredulous that the Atlanta Symphony Orchestra has one Black member. Yet this demonstrates the struggles faced by Black musicians, from high school through conservatory study. As the Black Lives Matter movement exposes inequalities in American culture, anti-racism is an imperative. Moving forward, the classical music industry must confront its racism and move intentionally to challenge white supremacy, discriminatory assumptions, practices and barriers that  marginalize people of color. More voices — composers, conductors, players, teachers, staff, audience — must be a part of classical music and feel belonging, not “othering.”

I frequently hike Stone Mountain, the most embarrassing symbol of racist culture and Confederate glorification in the United States — the same trail the Ku Klux Klan has frequently marched. In spite of the Confederate carvings, which need to be blown off the side (or covered in lovely kudzu), people of color, LGBTQIA+ individuals and others find recreation in this repurposed space. While it has not fully solved its race problem, the citizens of the town and the park management are coming to terms with its racist origins and engaging in conversations about “next steps.” Classical music should follow suit.