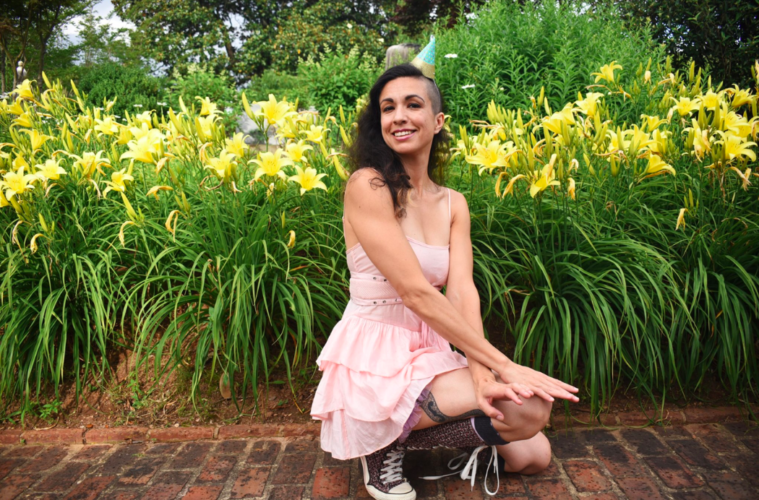 In Our Own Words: Nicolette Emanuelle, producer and actor and musician

Nicolette Emanuelle is a circus and performance artist, actor, musician and composer. She is founder and artistic director of the Hereafter Artist Collective, which produces Dead Artists Lounge, and an artistic associate at 7 Stages.

January 6th will be one of those days where most people will be able to tell you what they were doing when they got the news. I was sitting in a creative meeting with 7 Stages for an upcoming project called What are you? It’s a show that explores the topic of mixed-race people (titled from a question I was asked a lot growing up as a Lumbee in America). Someone said, “They’ve stormed the Capitol.”

I’ve felt a lot of things since then that I’m sure many people can relate to as an Atlantan. First was anger. There was a huge movement in the city to get people out to vote. People worked very hard to get people registered and a lot of that force was coming from the Black community. We could not have turned Georgia blue without this effort, and it was the communities of previously disenfranchised voters who made it happen. It was unfathomable to me that anyone could say that this election belonged to Trump after seeing this effort. I can tell you how absolutely thrilled we all were while working on our show about mixed-race people to witness a mixed-race woman become vice president. Kamala Devi Harris is being praised as the first female, African American and Asian American to take office. I cried.

Then there was the impeachment trial where the impeachment managers showed a gut-wrenching video of how bad the insurrection actually was. Watching this was a harsh reminder of how divided we still are. Not just in our politics, but in our families and communities. I have family members who have very dark skin, some who pass for White and some who are White. And it’s hurtful to see some of my family members back someone who incited a mob of angry [mostly] White men to try and overturn an election that was rightfully awarded to the Democrat, primarily on part of the efforts of activists of color. Especially when I have family members who were not allowed in “Whites only” places that are alive today. So although I quietly celebrate the blue wave, I know we have a long way to go until we can heal as a people and as a nation.