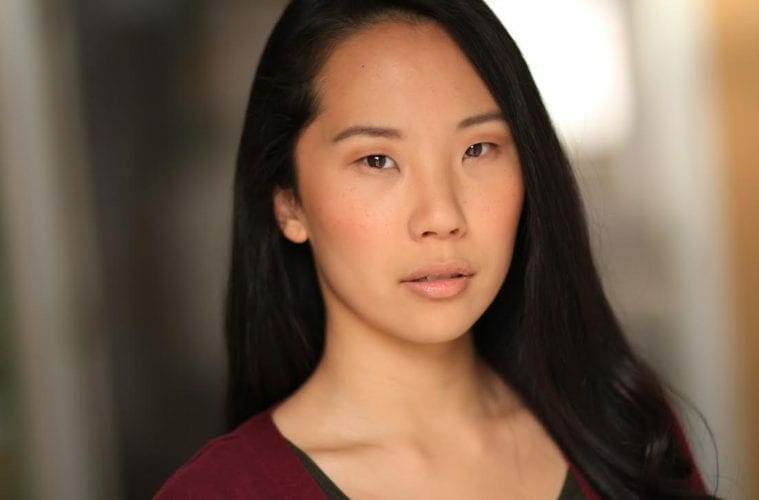 In Our Own Words: Michelle Pokopac, actor and producer and social activist

Michelle Pokopac is an actor and producer whose credits include the Alliance Theatre, Synchronicity Theatre and Horizon Theatre. She cofounded East by Southeast, an organization focused on supporting and developing Asian artists in metro Atlanta. She works in theater and film and with IDEA ATL (Inclusion, Diversity and Equity in the Arts of Atlanta). She’s also a teaching associate in the medical industry. (Photo by Jason Vail)

I feel like a minority amongst minorities, whether it’s proven by demographic data, when the person of color yells at me, “Do you speak English?”, when I finally audition for a role in a show I’ve never been called in for only because the character breakdown says “Asian,” or when white and people of color call me, “Chinese virus.” It really hit me the day a professional woman of color asked the infamous question, “Where are you from?” Lawrenceville, I reluctantly responded.

I’m half white American and half Korean, but I recognize that I’m not at all white-passing. I’ve struggled with this thing called race, denying certain parts of me, being proud one day and then not the next. I even went through the whole, “I don’t see color” phenomenon and just focused on all of the other characteristics. But now I act for a living, storytelling about the human condition. My race (or what race I pass for) will always be considered. The terms “color-blind versus color conscious,” which were once only relevant with work are now part of the new holistic perspective with which I view this shoddy, chaotic, fragile world.

Since the pandemic, I’ve had more directly racist encounters, as opposed to the microaggressions or indirect ways that I’m used to. But I’m also reminded of how the blatant behaviors I’m experiencing have been the everyday reality for others, or worse. The world has gone through a huge wake-up call. The pandemic has forced us to slow down and face the ugly realities. Acting’s hiatus has allowed me more time, and I’ve shifted gears. Our racially charged environment has kept me active through voting, fighting against systemic racism, and encouraging awareness and conversation. The fact that only a few months ago I objected to a theater producing an outdated musical that further encourages the idea of barbaric Asians being saved by white saviors proves how much work there still needs to be done.

I had a Black friend/colleague tell me at an event recently, “You know, I always try to support my people, but I never thought to also support other minorities. I’m going to change that.” Same, my friend. In more ways than I thought imaginable.