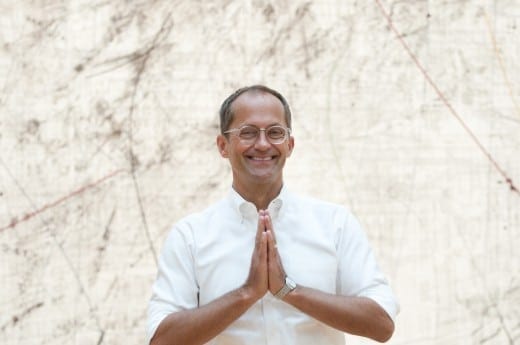 Michael Rooks joined the High Museum of Art as curator of modern and contemporary art in January 2010. He was appointed commissioner and co-curator of the U.S. Pavilion at the 12th International Architecture Exhibition, La Biennale di Venezia in 2010 and was a member of ActArt, President Barack Obama’s initiative to bridge contemporary art and social action. Rooks has held curatorial positions at the Museum of Contemporary Art Chicago, the Contemporary Museum Honolulu and the Honolulu Academy of Arts. (Photo by CatMax Photography)

I remember a girl in grade school who was the target of relentless cruelty. She wore old, used clothing, had frizzy uneven hair and wore cat-eye glasses mended with tape. She was mocked as smelly and dirty, regardless of whether this was true.

One day during assembly, I joined other boys in making fun of her. Our teacher, sitting near me, was watching. She leaned in, looked me in the eyes, and asked: “Have you ever taken a look in the mirror?” My teacher’s name was Mrs. Huber. I’ll never forget her name, and I will always be grateful to her for introducing me to the practice of empathy and self-reflection.

I later became a target of ridicule, often called f****t by other boys in school. It is hard to describe the shame that word conferred at that time. My sole ally was my twin sister who kept these troubles secret with me from my family. I developed muscles and learned how to physically defend myself and later how to be a proud LGBTQ ally.

Would a Black teenager be allowed to defend himself in school against bigots without harmful or deadly consequences? Would the opportunities I’ve had over the course of my career, in spite of the hard work, have been available were I a gay Black man from the same social class? In the isolation of pandemic, since the murder of George Floyd, these are some of the questions that issue from a space of empathy instilled in me as a child by one single, heroic teacher.