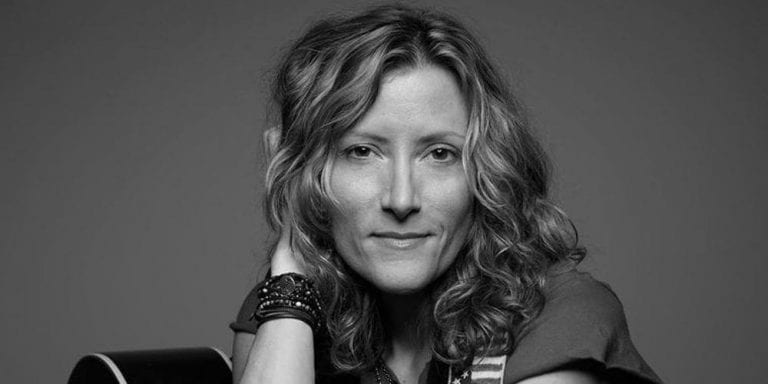 With her hot new album “Slings and Arrows,” Michelle Malone aims for the bull’s-eye

Michelle Malone laughs as she recounts a moment from childhood. She was three years old, sitting in the back seat of her parents’ Volkswagen and singing along loudly to the radio. Except she was singing the wrong words. “My mom tried to correct me and I told her I could sing it any way I wanted,” Malone says. “You know, I was born with that Southern rebel streak.”

Malone is in the midst of a whirlwind few weeks. Her new album, Slings and Arrows — the 15th studio album of her career — has just been released to glowing reviews. She has an album release party coming up Saturday night at her home base of Eddie’s Attic, two shows (at 7 p.m. and 9:15 p.m.) that are expected to sell out. And she’s just returned from Athens, where she was recording vocals with Shawn Mullins.

Her appearance on Mullins’ upcoming re-boot of his career-defining Soul Core album returns the favor of his appearance on Slings and Arrows on Malone’s version of the Otis Redding classic, “I’ve Been Loving You Too Long.” Malone sang that song with Gregg Allman in 2015 at a Symphony Hall concert to celebrate Georgia music (see the video below), and she had hoped Allman would record it with her. “When we sang that song together at Symphony Hall, it was pretty special,” says Malone. “Singing it with him on this album was my desire, then we found out he had passed and the opportunity never presented itself.”

Instead, she teamed with Mullins for the searing version on Slings and Arrows. Like everything else on the record, it was recorded live in the studio owned by guitar amplifier guru Jeff Bakos. “We got that song on the second take,” says Malone. “It fades out because we didn’t have an ending yet. But that’s the beauty of recording live; it’s so organic and everyone is subliminally reacting to each other. Shawn is pretty transcendent on that song.”

Malone grew up in Decatur and still lives near there. She attended Agnes Scott College in hope of becoming a doctor, but quickly became a fixture on the Atlanta music scene with her band Drag The River. Once Malone and the band signed to Arista Records in 1990, medical school was no longer an option.

But her experience with Arista was a push-and-pull over career direction. Malone responded by becoming one of the first of the independent music artists; she has self-released every album she’s recorded and forged a path that has allowed her to make her living making music for more than 25 years. For Malone, being herself was more important than stardom. She’s resisted advice to move to Nashville, where many — and more commercially successful — of her singer/songwriter contemporaries live. “I tell them that they’re missing the point,” she says. “Ray Charles, Little Richard, James Brown; need I say more? Music is in the DNA here.” It’s one reason why everyone involved in making this album all have Georgia roots.

Malone transformed herself from a pure folk rocker when she began to play slide guitar 15 years ago; it has changed the way she writes songs, adding a tougher edge to her sound with distinct blues influences. Besides being an engaging and underrated songwriter, she’s also grown into an elite slide guitarist — a female guitar gunslinger in a decidedly male-dominated field. 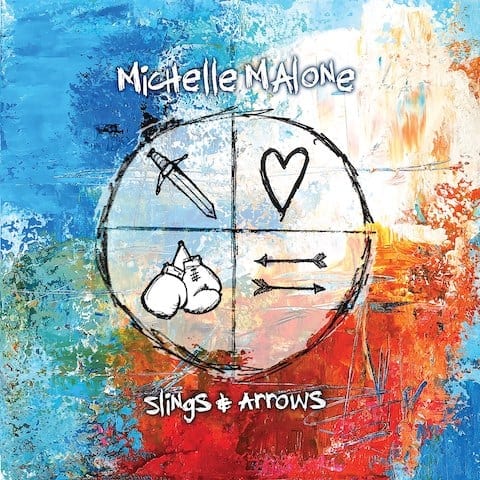 She once played a show in Portland and Penny Lane (yes, that Penny Lane who inspired the Kate Hudson character in Almost Famous) was in the audience. After the show, she exclaimed to Malone, “You play guitar like a man!”

It took Malone a few minutes to digest the comment. “I get it,” she says. “There’s plenty of women out there who can shred. But the music industry has always tried to get women to take the back seat to men. It’s a cultural thing, and I get it.”

Malone has an endorsement deal with Supro, a relationship that began when she found a used 1959 Supro Dual-Tone guitar on eBay. Now, her main slide rig is the classically dirty sound of the Dual-Tone played through a Supro amplifier. “That’s a magic guitar for me,” she says. “That’s my baby. I’d marry it if I could.”

Slings and Arrows is a diverse showcase for Malone’s various influences with its blend of slide guitar blues, soul, folk and Stones-flavored rock ’n’ roll. Several of the songs also have distinctly political edge, partly inspired when she received death threats and rape threats on social media in response to political posts. “I’m so tired of division and disrespect,” she says. “I wanted to show that music can bring people together. The lyrics are very subtle so that anyone from any situation can feel inspired by them. It’s not taking sides. It’s pro-human and trying to lift people up.”

Malone has survived a music industry in constant flux for her entire career, and she has to make continuous adjustments to adapt. The recording costs for Slings and Arrows were covered through a Kickstarter campaign. She laments the few cents paid to artists by streaming services, but has now put most of her music on Spotify. And she plans to professionally video-record her April 13 show at the Vista Room.

One constant over her entire career is her relationship with Eddie’s Attic. “It’s my second home, my own home being the first one,” she says with a laugh. “I feel so comfortable there. It’s a great situation to be in, playing in a place that feels like home. It’s a special place.”