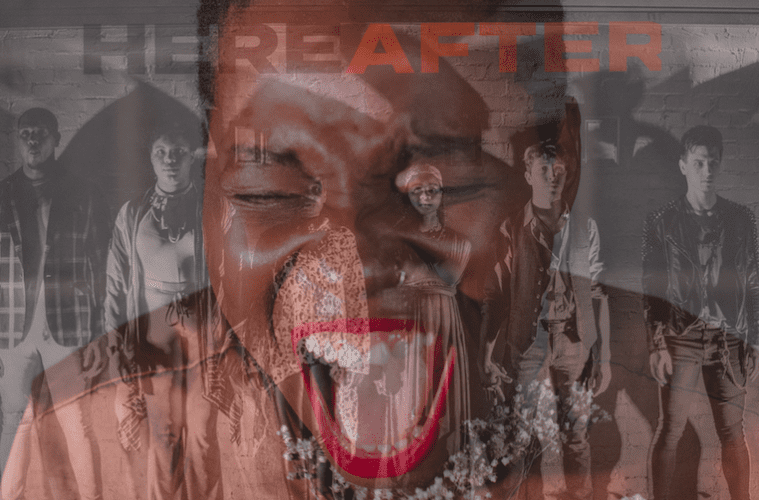 With hours and hours spent at computer screens as we live through a pandemic, it’s natural to crave genuine in-person interaction. The cast of HEREafter hopes to give its audience a reprieve from that isolation, if only for 45 minutes, while maintaining health and safety precautions.

HEREafter is a drive-in performance, a grief circle and a healing cypher atop an empty parking garage in downtown Atlanta. Episode 1 of the immersive dance-theater experience premiered in fall 2019 at the historic H.L. Green building on Peachtree Street. Episode 2 will be performed September 10-13 in a parking lot at 76 Forsyth St. N.W. downtown, with shows at 6, 7 and 8 p.m. each of the four nights. Tickets are $20 plus fees and do not cover the price of parking.

Covid-19 has forced the team led by Kathleen Wessel and Kelly Bartnik to pivot in their presentation, but they’re determined to present an experience of human connection that they feel we all need. Bartnik, part of the original interactive theater piece Sleep No More, created Here, which ran in New York City. When it closed, Bartnik wanted to create another iteration in a new city. While meditating, Bartnik thought of Wessel as a potential partner, and reached out with the idea of staging the project in Atlanta. The two hadn’t spoken since first meeting in 2015 but  felt passionate about the idea that has become HEREafter.

The premise is similar to that of Here, which tells the story of a group of people who learn of the death of the family matriarch. With HEREafter, the characters and storylines grew with the new artists and location. “Because we go in having a structure, it’s like a coloring book,” Bartnik says, reflecting on the rehearsal process. “We know what we generally want to convey, and then we bring in the actors and flesh it out with the material they bring to that.”

In rehearsals, cast members participated in writing exercises, using their discoveries to create their own narratives. The result is a combination of text and movement created under the guidance of Wessel and Bartnik. “It’s a collaborative, devised, experimental process,” Wessel says. “It also integrates the city where we are, the actual location where we are and the historical context. It integrates elements of the real world into this world we’ve created.”

In the first section of HEREafter, the audience becomes part of the family of artists, treated as invitees to a “dinner party.” Bartnik and Wessel aim to create a fully immersive, interactive experience rather than a static performance. They ask themselves, Bartnik says, “How do we craft scene work that gives the audience enough information without it being a full-on play?”

Episode 2 takes place in the future, following the characters as they heal and come to terms with the matriarch’s death. The performances begin with a video recap of Episode 1, shown while audience members are still in their cars. It then shifts from a digital to a live experience,

After leaving their cars and moving to the main setting (masks and social distancing required), audience members will be positioned in the round, as part of a grief circle. This setting will allow viewers to be part of the performance while maintaining a safe distance from the artists and other audience members. “The circle itself is part of the story,” Wessel says, “as opposed to being a way to watch theater and dance.”

Despite the adjustments made for health and safety, HEREafter seems to promise a one-of-a-kind experience shared. No two shows will be exactly alike. “When you walk away,” Bartnik says, “you feel like you were part of something.”