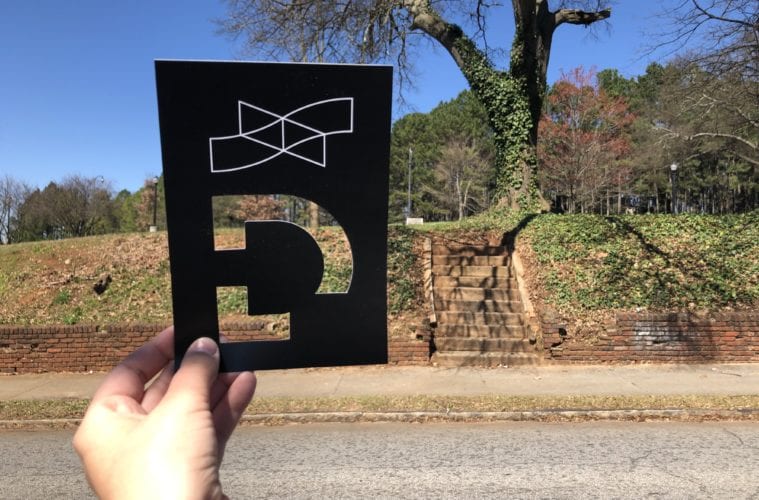 Freedom Park’s latest art installation, Dwelling, is temporary, site-specific and on view through the end of March. It invites park-goers to explore lost landscapes through a digital interface that deepens our understanding of then and now. 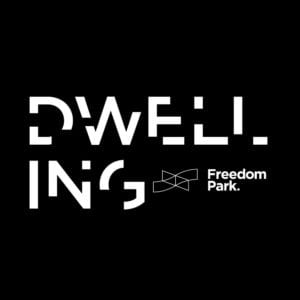 The park, one of the largest city parks in Atlanta, forms a cross shape with the axis at The Carter Center. It was named an Atlanta Public Art Park in 2007 and is home to numerous temporary and permanent installations.

Dwelling traces the land’s architectural remnants. Abandoned stoops, foundations and sidewalks are the physical remains of condemned buildings, property seized through eminent domain and the demolition of more than 600 structures to build freeways.

The installation begins at North Highland and Carmel avenues and travels toward the park’s connection with the Atlanta BeltLine. The mystery of chalk paint atop the grass beckons.

Visual references take visitors through the park’s history. Michael Page, a geospatial scientist with the Emory Center for Digital Scholarship, and artists Mark Wentzel and Robert Henry collaborated to reimagine foundational footprints for homes that once were.

App-enabled visitors can swipe through maps and illustrations that offer imagery of the 1860s. Through the photo titled The Battle of Atlanta With the Augustus Hurt House, you can almost see the Hurt home atop the hill.

Walk a few steps further, and you’ll discover the history of Copenhill, a neighborhood annexed by Atlanta in 1908. Photos of streetcars traveling along familiar roadways evoke an acute awareness of the drastic changes that this landscape has undergone.

Rights of Way and Copenhill shared the same fate. Homes and families were displaced here to make way for proposed freeways that now loop through and around downtown, Little Five Points, Inman Park and more.

The stoops that Atlantans find in the park today are remnants of the families that lived at the 346, 350, 354, 358, 364 and 368 addresses along North Highland Avenue. These are the homes that Wentzel maps out on the grass with his bold use of chalk paint. The ephemeral work seems to encapsulate the history of the space, its transition over time and its gradual fading away. What’s left is almost ghostly. 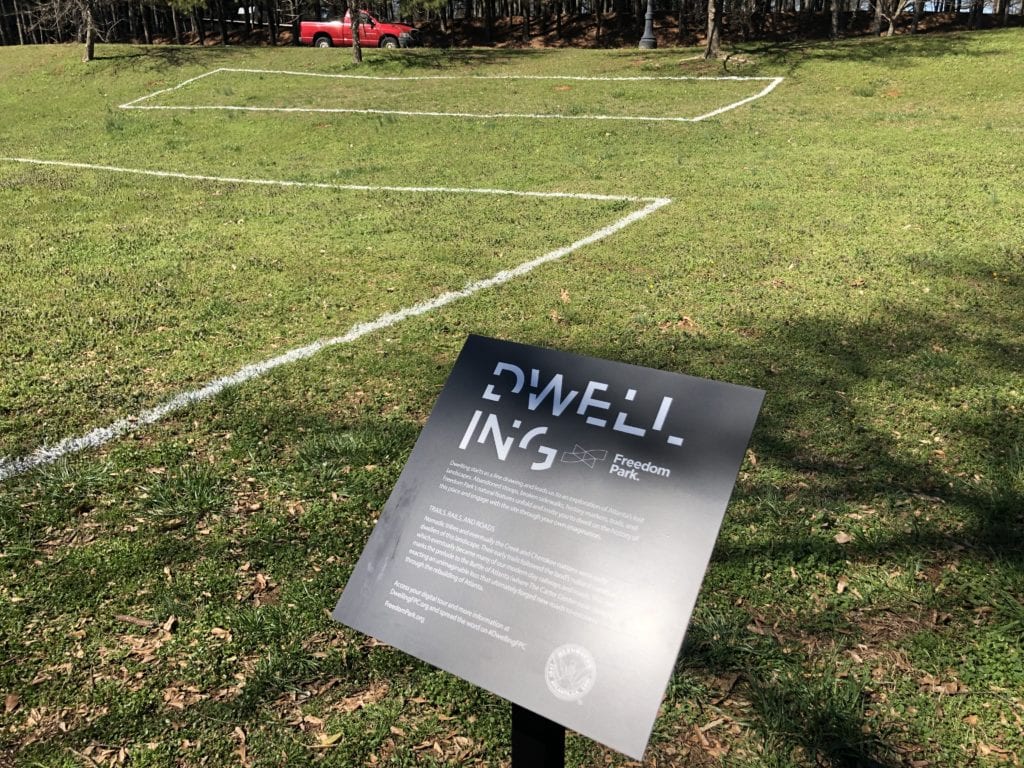 When the first plans for the Jimmy Carter Presidential Library and Museum were unveiled in 1981, they met with great resistance from residents. It took 11 years for neighborhood groups, the city and what became the Freedom Park Conservancy to reach an agreement. Then the park as we know it today was built.

Each stop on Dwelling seems to provoke thoughts of displacement, loss and hardship, although there are stories of hope and happiness — newspaper clippings that tell of birthday parties and wedding announcements and offer insight into what life was like there just a short time ago. Dwelling illustrates a period in Atlanta of highly efficient urban design and transportation accessibility.

The idea for Dwelling began with Victoria Walsh, part of the Conservancy’s art committee. She was on a family outing not long ago when her curiosity was piqued. She sensed what felt like foundations under the grass beneath her feet. Other architectural remnants — absconded stoops, stairwells and sidewalks — made her question what once stood there.

So she delved into Atlanta’s past and uncovered history dating to the area’s first dwellers, members of the Creek and Cherokee nations who lived there through the second half of the 20th century. She also discovered Copenhill, the Atlanta neighborhood wiped away by urban renewal and city infrastructure projects in the 1960s and ‘70s.

Walsh’s architectural interest sparked a deep dive into the park’s history. Executive director Laura Hennighausen did much of the research in collaboration with Conservancy board member Nancy Boyd on how Dwelling would take shape.

The history of Copenhill, perhaps, and the pain inflicted on its residents stayed with them most of all. Dwelling honors that history, shares examples of the skill of imagination and argues that citizen action and a focus on connectivity can create powerful change.