A mama’s love is an elemental force in “Mother,” the latest from South Korea’s Joon-ho Bong in the wake of his wiggy, wonderful toxic-monster thriller “The Host” (2006). Like that movie, “Mother” is a tonally slippery beast, part thriller, part character sketch, part comic Freudian nightmare. Somehow, all its disparate parts work as one.

Hye-ja Kim (top photo) plays the title role, identified by no other name than her maternal definition. She makes ends meet from her Seoul apartment, selling herbs and illegally practicing a sideline in acupuncture. But her main vocation is tending to her mentally challenged son Do-joon (Bin Won), making sure he eats well and even sleeping beside him for his comfort. Their cozy, somewhat smothering relationship gets upended when a flirty schoolgirl is discovered dead and Do-joon is pinned for murder. And Mother vows to exonerate him, no matter what it takes. 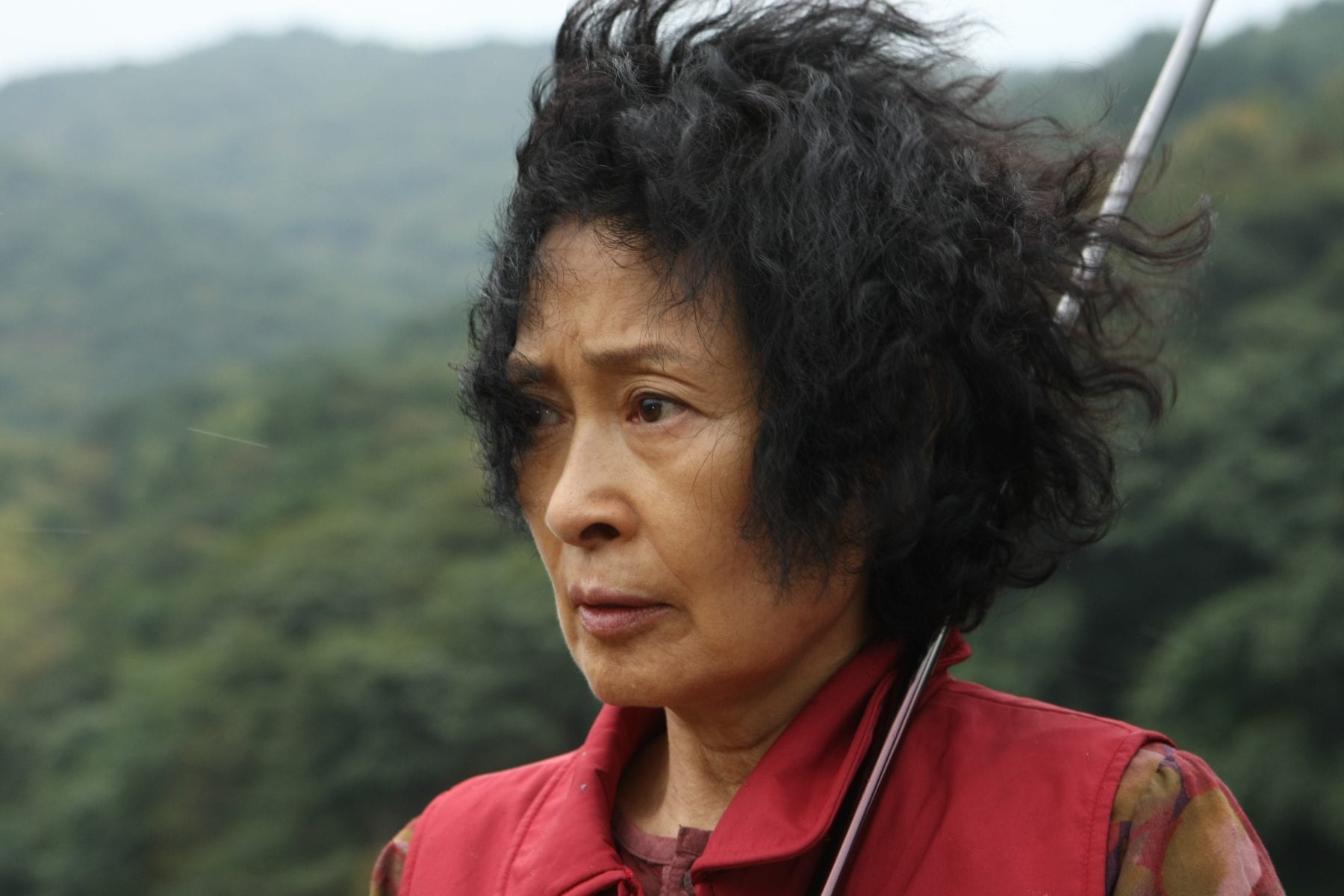 The fierce mama bear isn’t an unfamiliar figure in theater and film, whether she’s Brecht’s Mother Courage, Shirley MacLaine screaming at her daughter’s nurses in “Terms of Endearment” or Sandra Bullock scolding thugs in last year’s shrewdly fake (if fact-based) smug-a-thon, “The Blind Side.” But the central figure in “Mother,” and the movie itself, are not quite like anything you’ve seen before.

What seems a straightforward whodunit turns out to be a sly bit of misdirection filled with red herrings involving teen sex, golf clubs and cell phones. In retrospect, every seemingly irrelevant detail of the movie falls into place. And everything is presented onscreen in much more interesting ways than they technically need to be. 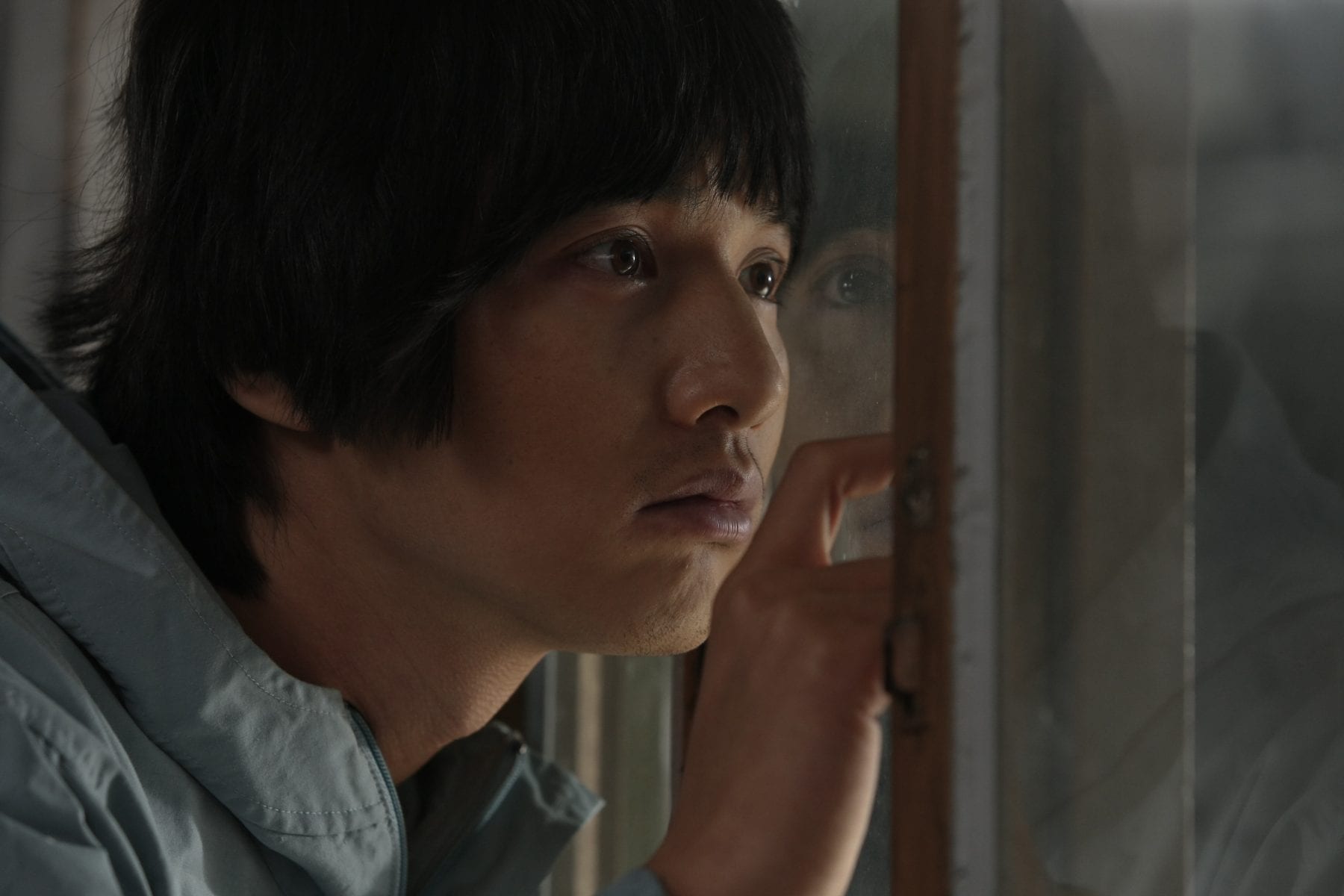 For instance, Bong perks up a rudimentary scene with an unexpected car crash that isn’t germane to the storyline but makes the sequence pop visually and dramatically. He sets up Hitchcockian suspense with an overturned water bottle and a dangling hand. And, as in “The Host,” he finds slapstick humor/chaos at a memorial service. In other words, he’s a filmmaker in love with his craft’s possibilities, anxious to share that love with viewers. He also pauses at moments to appreciate lush, wide-screen vistas — whether of a pampered golf course, a manicured cemetery or a stained, blue-painted urban wall against which the figure of the mother appears like a tiny blemish.

“Mother” takes you to unexpected places and through a gantlet of emotions, from fond amusement to horror. At the end, I was reminded of the final image of Luis Bunuel’s “Un Chien Andalou”: a couple, side by side, buried to their waists in the desert. Now that’s a portrait of “togetherness” to remember … and “Mother” gives us another one. 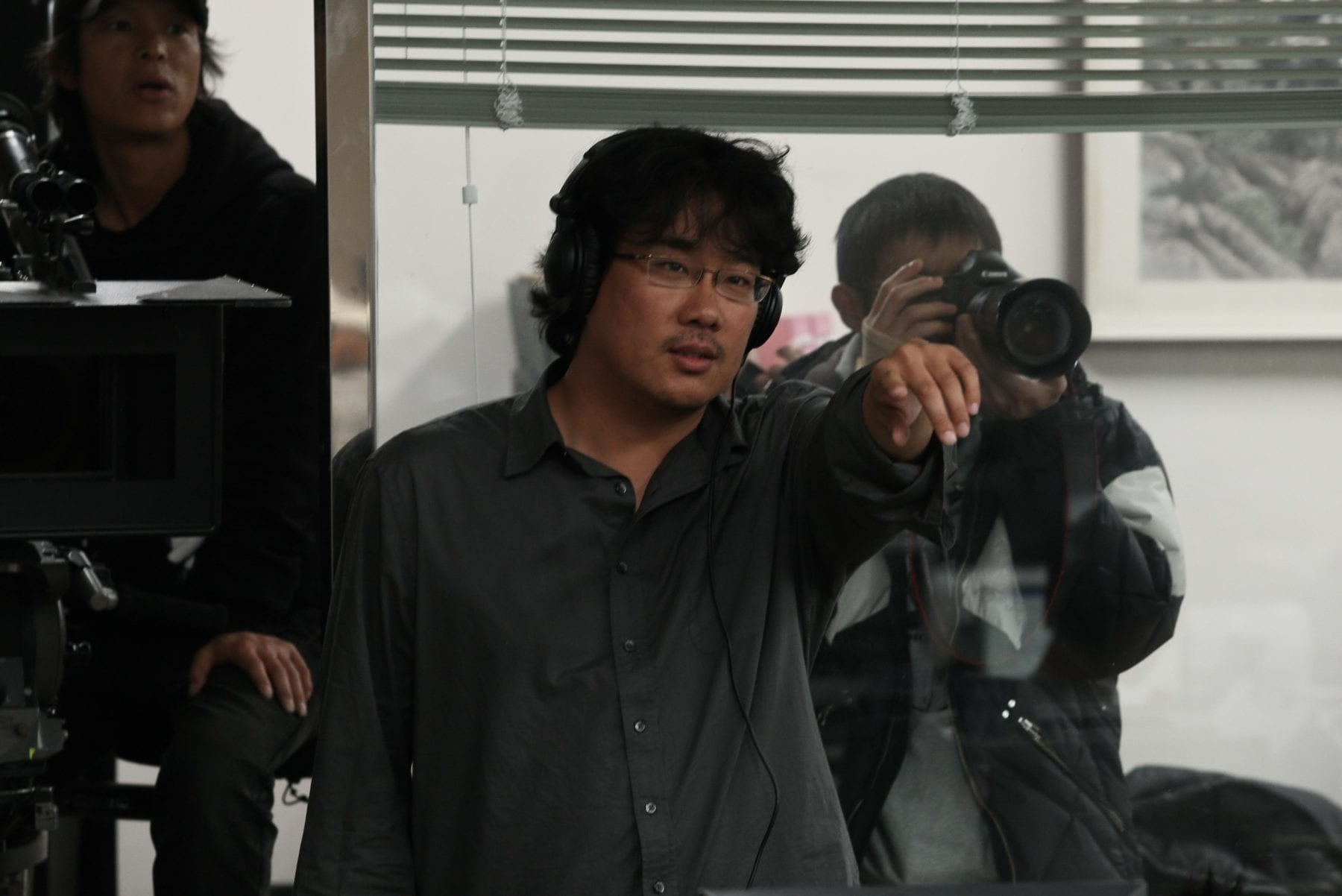 South Korean director Joon-ho Bong on the set of "Mother."