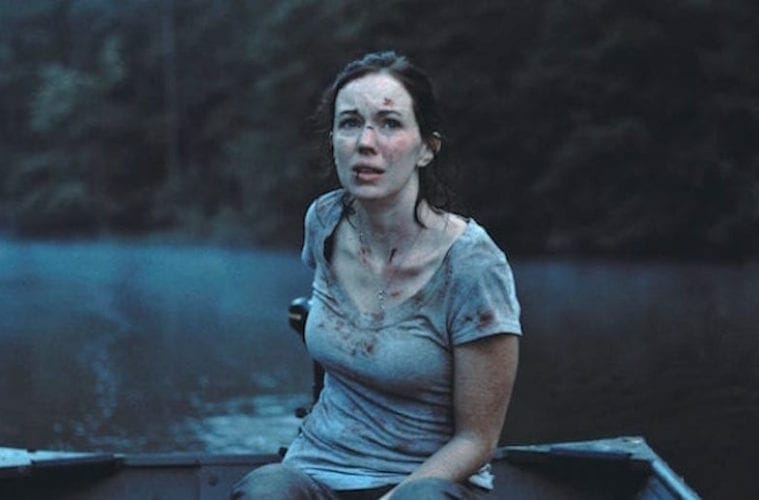 Dear Hollywood: Don’t yank your dollars around based on the whims of Twitter

Bethany Anne Lind is a gardener, mother and actor based in Atlanta. She’s appeared onstage at the Alliance, Aurora and Synchronicity theaters and is known for her roles in Ozark (Netflix), Reprisal (Hulu) and the indie feature Blood on Her Name (2019). She is married to actor Eric Mendenhall and they have two children. This piece first appeared in The Hollywood Reporter.

Y’all. I admit, when I heard there were murmurings of Hollywood boycotting the Georgia film industry again after Governor Kemp signed the egregious voting law SB 202, I ignored them. Surely, I thought, these nice liberals from the West Coast haven’t forgotten our oh-so-recent history together. I asked my friends who were speaking out against the boycott threats to quiet down. Let’s not add fuel to the tiny fire, I told them. Our energy should be spent on fighting actual voter suppression, not on fighting those ostensibly fighting for the same thing.

A basic recap: In 2018, Stacey Abrams lost the Georgia governor’s race to Brian Kemp, who refused to recuse himself as Secretary of State, therefore overseeing his own election. He then sought to pass GA HB481, the “heartbeat bill,” and dozens of West Coast activists lobbied for filming to halt in Georgia as punishment. The bill was mere fodder for his base and has never been implemented as it was immediately met with legal challenges and ruled unconstitutional by a federal judge. 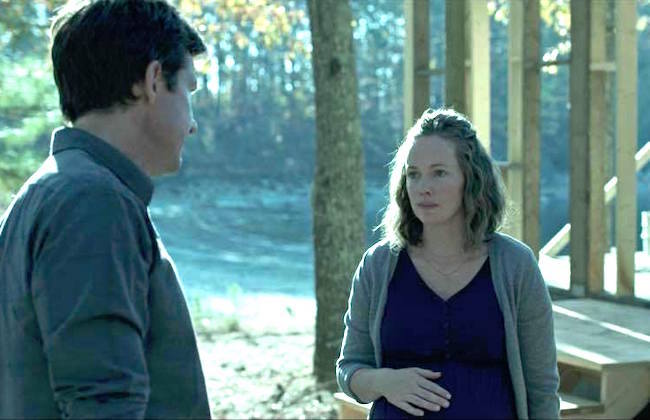 At the time, nearly everyone I knew in the Atlanta film market took to Twitter, all but begging the industry power brokers that hold the reins here to consider the real consequences of a boycott. Having recently read Stride Toward Freedom, Martin Luther King Jr.’s personal account of the Montgomery Bus Boycott, history-making activism was fresh on my mind. I wondered if productions in Georgia who were pondering other shooting locations had considered arguably the most effective boycott in American history.

At the risk of being yet another well-meaning White person invoking the name of Dr. King, I think a recap of this more distant history might be useful. The Montgomery Bus Boycott was intricately designed with the consent of and leadership by those who would suffer the most. Ride shares in a pre-Uber era were arranged and some White employers (though certainly not the majority) sympathetic to the cause made arrangements with their Black employees. Ultimately though, there were people who walked miles and miles and miles in rain, cold and blistering Alabama heat for more than a year. They agreed to it, they signed on from the beginning, because they saw the bigger picture — a country where Black people are treated as human beings, with the dignity they already lived by. What history owes those courageous souls who walked to give all of us a more beautiful world can only be repaid by continuing to fight for it.

Despite a few productions choosing to film elsewhere, the 2018 rally cries ultimately died to barely a trickle and those of us rooted here in Georgia continued with our work. While the flurry of Twitter activists, who paid no price to participate, did a bit of financial harm and seemed to make a lot of upper-class Hollywood liberals and thousands of hungry re-tweeters feel great, it left working-class people like me and my colleagues feeling betrayed and tired. Why am I fighting the people who allegedly want the same things I do — easy access to voting, health care, education, food, housing, etc. for those we have forced into the margins — rather than spending my energy fighting those  who are actively working against the good of my least privileged neighbor? 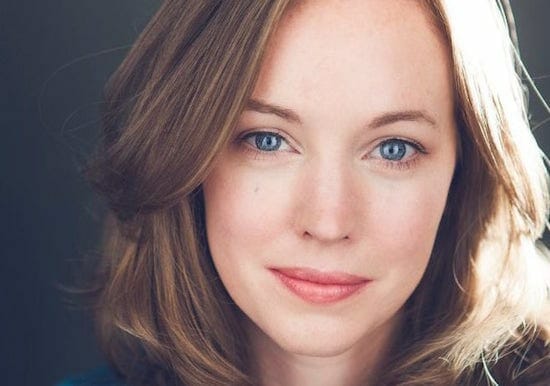 “That some productions would choose to brush the Georgia dust off their hands rather than sink them into our clay truly blows my mind,” Bethany Anne Lind writes.

Fast forward to November 19, 2020, when the Associated Press finally called Georgia for Joe Biden. Happy blue Georgia confetti exploded across the nation. While our left-coast colleagues tweeted their pride in us, I took much more joy in the honking and cheering and celebrating around my economically and racially diverse Atlanta neighborhood.

On January 5, we held our runoff election for a rare double Senate race. A runoff that arguably would not have happened if tens of thousands of film workers were forced to move and did not vote in November. After seeing one too many “do the right thing, Georgia” tweets from the same upper echelon who had called for a boycott rather than offer support less than two years before, I tweeted a thread asking for an apology. We had just been a part of flipping Georgia and might possibly — and in the end did — flip the U.S. Senate. I never heard from anyone. The next day was January 6, and our Capitol was attacked by American citizens. The historic wins of both Senators Warnock and Ossoff were largely overshadowed by the historic terror of that day.

Turns out I was wrong about these powerful folks remembering recent history. Here we are in 2021 and many still think they can affect change by pulling their business from the very people who helped get the statewide and national results they claim to want. Apparently the way to get people to vote the way you like is to yank them around, threatening their ability to pay their mortgage and feed their children. While a middle-class actor like me could, in reality, move to another state where there is work, there are many good folks in my industry who would not have that privilege. For many, a boycott could mean a continuing elbow from the powerful that drives them deeper into the margins with fewer escape routes.

The film industry, as far as I have seen it, is no different than the rest of the American economy. The richest movie stars, producers and investors keep getting richer. Meanwhile, many in production work ridiculously long hours to cover their basic living expenses. Local, working actors like me have to fight to get paid above the bare minimum our union — thankfully — requires them to pay. I am beyond grateful that working-class actors, whether we live in Atlanta, L.A., New York or any other region have the fair wages our union fights for. And while there are certainly good individuals within the system who treat people with kindness and use the weight of their own power to help right the imbalances, I think that the industry itself allows for harmful power disparities. 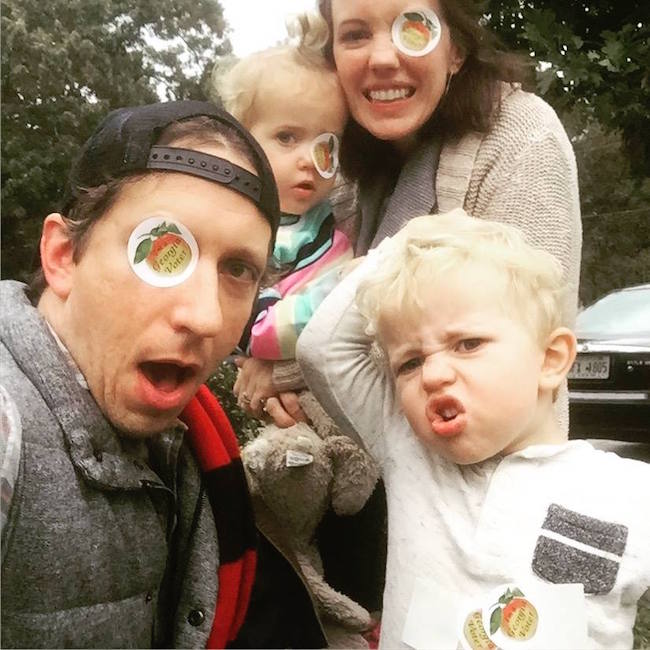 They voted: Bethany Anne Lind with her husband, actor Eric Mendenhall and their children.

The American South has a a painful, hellscaped history in so many ways. In ways that my children and their children will still need to join in the work of undoing. Despite this, Atlanta is known as the “cradle of the civil rights movement” giving rise to countless leaders from Congressman John Lewis and the Rev. C.T. Vivian to Stacey Abrams and Dr. Bernice King. These leaders and so many others have the receipts for the cost of true equality in Georgia. These are the leaders I am humbled to get behind. If anyone with their roots in Georgia and the good fruit of an Abrams or King began to discuss how we could effectively use a boycott to shine a light on the inequalities of the most disadvantaged, I would be first in line to listen and join in.

That some productions would choose to brush the Georgia dust off their hands rather than sink them into our clay truly blows my mind. They could make an effort to employ the very people Kemp and other Georgia Republicans seek to disenfranchise. They could donate to the organizations that fight both the repercussions of and the laws themselves, like Abrams’ Fair Fight GA or Souls to the Polls or the Georgia Fund. They could listen with humility when Bernice King says that a boycott “would hurt middle-class workers and people grappling with poverty. And it would increase the harm of both racism and classism.” That would be the kind of painstaking activism that does cost something but ultimately moves us forward as a society.

Yanking your dollars around based on the whims of Twitter is neither virtuous or brave. If you’re serious about how to work for the greater good here in Georgia, come talk to us. Or if you’re brave enough, as Stacey Abrams recently said, “Stay and fight.”

I don’t fear losing work because people on the West Coast “have to do the right thing.” I fear their need to appear virtuous to cover up our industry’s shortcomings. The hollow façade doesn’t take much to break, but when it’s as far-reaching as it is now and with no power players in the industry calling it out, I do fear who will be crushed by it.

What is it that we’re condemned to do when we can’t remember our own history, y’all? I’ve already forgotten.