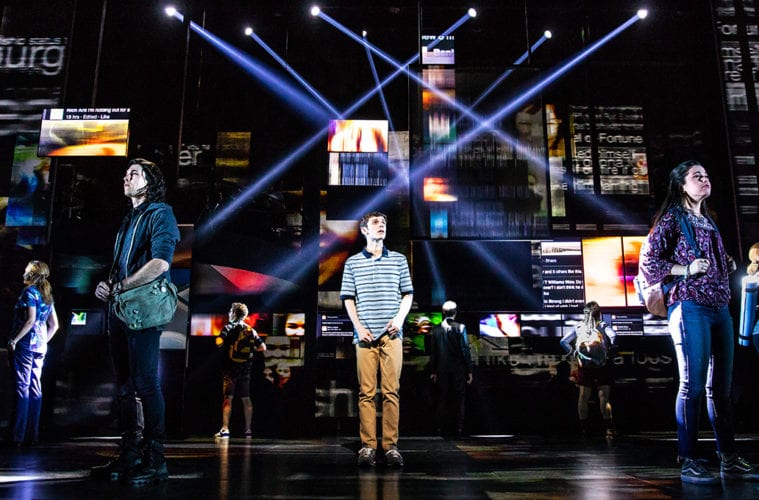 Many of us know an Evan Hansen — or perhaps are/were an Evan Hansen — a lonely teenager dealing with social anxiety. Evan is the titular character of the musical sensation Dear Evan Hansen, now on a national tour (and soon to be a feature film) running through April 28 at the Fox Theatre.

A beautifully written and performed musical that really finds its footing in its second act, Dear Evan Hansen deals with heavy themes but still manages to find some light and hope for its grieving characters. It’s also a tremendous showcase for its cast, especially its Evan — Ben Levi Ross.

Evan’s therapist has asked him to write a daily letter to himself, mini pep talks about what he hopes will be the positives of each day. Evan has fallen out of a tree, and his mother Heidi (Jessica Phillips) wants him to get people to sign his cast at high school as a way to make friends. One day, fellow student Connor Murphy (Marrick Smith) grabs the letter Evan has printed and takes it from him. When Connor later kills himself, his confused parents Cynthia and Larry (Christiane Noll and Aaron Lazar) find the letter and think that it’s a suicide note — and that he and Evan were friends. Evan goes along with the scenario, not having the heart to tell them the truth.

Meanwhile, as word gets out, Evan grows in stature at high school as he and schoolmate Alana Beck (Phoebe Koyabe) start The Connor Project to remember the lost teenager. After Evan gives a speech about his supposed friend, it goes viral. Suddenly, Evan’s voice matters. 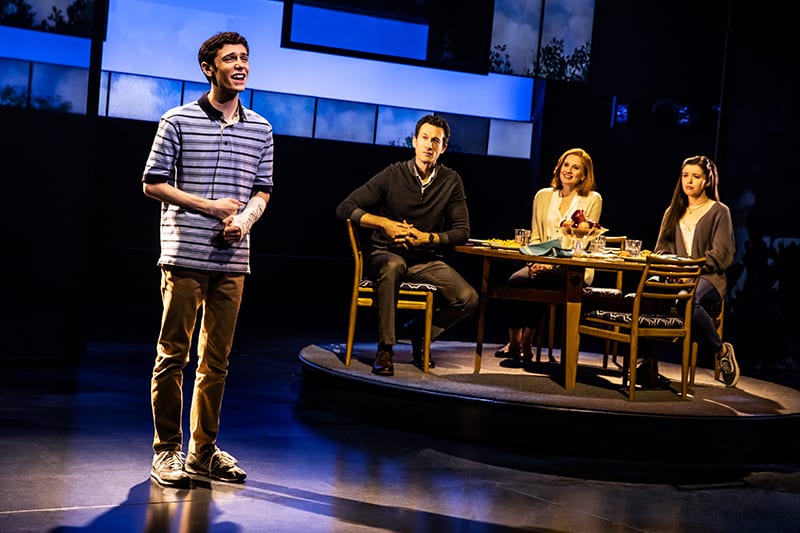 After a tryout at D.C.’s Arena Stage and then an Off-Broadway run, Dear Evan Hansen landed on Broadway in late 2016 and eventually took home six Tony Awards, including Best Musical, Best Actor for Ben Platt and Best Supporting Actress for Rachel Bay Jones, playing Evan’s mother. Besides being acclaimed, it’s also a show that has struck a nerve in younger audiences. The set surrounds the actors with Facebook and Twitter images and feels current, as everyone in Evan’s world suddenly becomes part of a social media feed.

The producers of the musical, including writer Steven Levenson, have stated that they didn’t want to make this “the suicide show.” As such, some of the first act seems a little uneven — more dramatic moments mixed with lighter high school sequences and a supporting character, Evan’s family friend Jared Kleinman (Jared Goldsmith), who cracks jokes a bit too frequently. The second act, though, gels, and becomes devastating at times.

The least successful element is a romance that buds between Evan and Zoe (Maggie McKenna), Connor’s sister. Evan’s mom is busy working as a nurse’s aide and taking paralegal classes at night, so Evan begins spending more time with Connor’s family. The feelings Evan has for Zoe deepen as he finds himself near her almost daily. Of all the relationships in the musical, this is the weakest, and it never feels plausible.

The tour is directed by Michael Greif, who directed the Broadway version as well, and if the show would probably work a little better in a more intimate setting, it still resonates. Some of its music, by the Oscar-winning tandem of Benj Pasek and Justin Paul of La La Land fame, is part of the pop culture vernacular now with haunting numbers such as “For Forever” and “You Will Be Found.” 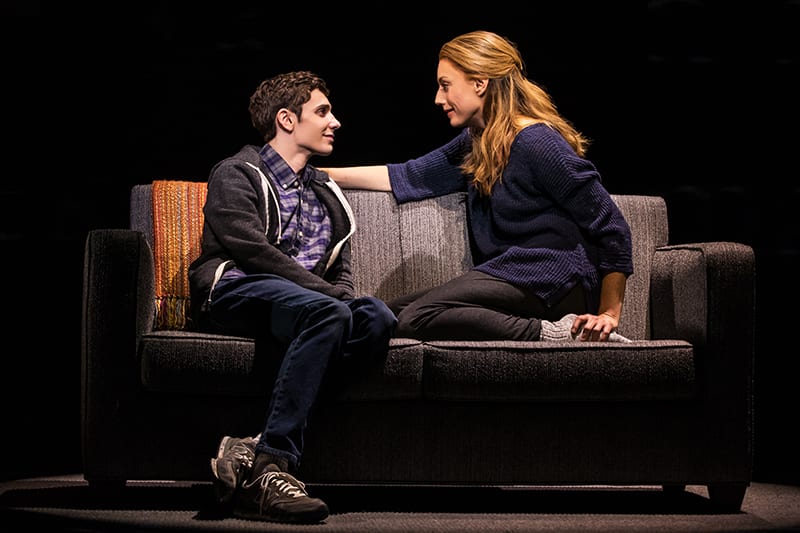 Greif’s eight-person ensemble is wonderful, but Philips and Ross are those with the heaviest lifting. Phillips’ Heidi is well meaning even if she isn’t there as much for her son. When she finds out what her son has been doing, she doesn’t know how to proceed. Heidi’s subsequent “So Big/So Small” number is one of the most powerful you might ever hear, and Phillips superbly conveys all the emotions she is feeling for her son’s lost soul.

For his part, Ross is simply amazing. He’s endearing and relatable, as he deals with his own inner demons and the challenge of how to move forward. Evan doesn’t come across as cruel — what he does is a desperate act, one he knows will eventually come back to haunt him. In perhaps the musical’s most telling moment, Jared tells Evan that Connor’s death was the best thing that happened to him. In Ross’ heartbreaking performance, he realizes that statement might be true.

Dear Evan Hansen doesn’t quite live up to its hype the way a show like Hamilton does. Nor will I ever say that it deserved its Best Musical Tony. (The same season’s Come From Away has, at least for me, always seemed to be a leaner, tighter, more balanced production.) To its credit, however, Dear Evan Hansen touches on issues that rarely get explored in theater and does so in a remarkably straightforward, unsentimental way. When it’s at its best, such as the final passages, it lands a pretty hefty punch to the gut and makes an unforgettable impression.