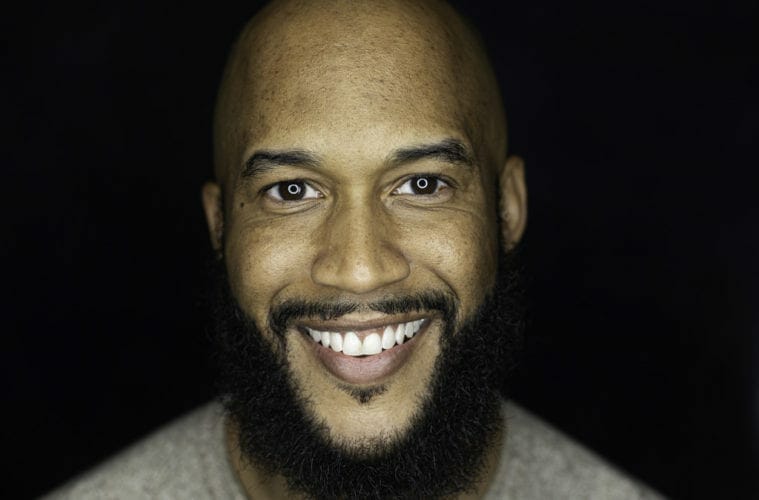 “When a griot dies it is like an entire library is burning to the ground.”

In the rap community, when a lyricist displays wit and skill, we often say he or she has bars. And Big Floyd had bars.

With his deep, heavy Texas drawl and syrupy flow, Big Floyd had enough skill as a lyricist to improvise (freestyle) his verse in one take. As a part of the original Screwed Up Click in the mid-1990s, he would share his experiences in the streets of Houston’s Third Ward. His lyrics oftentimes focused on the extremes of his environment, but he was aspirational, too. In one freestyle, he rhymed “Keep it real with my mama / Got her [a] mansion on the hill / Ain’t worried about bills / Eatin’ four-course meals.”

However, it wasn’t these lyrics but rather his final words that brought him national attention. “I can’t breathe,” he said, pleading for his mother while a Minneapolis police officer kneeled on his neck in his final minutes.

The final words of Big Floyd, better known as George Floyd, proved to be the catalyst for an uprising and summarized the Black experience in America.

— Jadakiss, “We Gonna Make It”

The lives of rappers and the craft’s primary auteurs, Black men, are often framed through a narrow lens in mainstream media and the entertainment industry. This lens is often singular in focus and scope, depicting Black men as hyperviolent, hypersexual or simply stupid. These minstrel tropes are nothing new, and these same depictions are used to justify the violence inflicted on us. It’s a vicious cycle.

Our lives, bodies and even dreams are often commoditized for White audiences’ consumption. Ironically, as in the case of George Floyd, many Black men/rappers don’t receive love and attention until their passing. Selling more albums in death than life. Going viral only in death.

When I had a vision for Soul Food Cypher in 2011, it came from a yearning to celebrate the individual lives of young emcees from East Atlanta and connect them with maturing emcees who wanted to still be in touch with the culture. With four of my friends, we launched a reoccurring cypher event to provide them with a safe and nurturing environment in which the craft and folk art of freestyle rap can flourish. Soul Food Cypher isn’t interested in album sales or wider appeal. In the cypher — a circle of improvisation — what mattered was simply us at that time and moment. The cypher would be what it needed to be. It could be hilarious. It could be informative. It could bring out tears in even the most hardened of us.

While each cypher felt like something new, what we were doing was something old.

Rapping is traced to ancient Africa and specifically to an important figure called a griot. A griot is a tribe’s historian, praise singer, genealogist and keeper of culture. Rooted in “spirituality,” griots would share their messages in song, dance and drum. They were the keepers of history and traveled to inspire others and communicate essential knowledge. Emcees today carry on this oral tradition and provide the same role.

I argue that hip-hop at its most potent and powerful is a spiritual practice. One of the rawest forms and displays of faith is a freestyle rap. Having the faith that what will come out will be on beat, rhyme and somehow make sense and connect with others. When freestyle emcees really get into the pocket, they are without a doubt in a trance state. Big Floyd was so adept at this skill. He rhymed about the subjects that he rhymed about because that is what he saw and experienced day in and day out. It flowed because it was real. If you don’t like what he rapped about, then you have to look at the wider social structures in which he lived and ultimately died. This is why it’s important to frame rap as more than entertainment. It has a deeper history and purpose. I have the honor and pleasure of serving as ArtsATL’s guest editor this month to change the rap on rap through articles that reposition the craft and broaden its scope:

— Kaedus Hines and ANON the Griot explore what politics would look like if rappers took key roles in Atlanta politics. Atlanta’s own FRKO provides illustrations.

— Hip-hop historian and doctoral candidate Courtney Terry provides a brief history of the Ring Shout and its ties to Soul Food Cypher.

— We pay respect to ladies who put on for our city with a feature by writer Bri Simpson and photographs by Anthony Truth Gary because women, without a doubt, have been instrumental in shaping hip-hop culture.

— Did hip-hop start in the South? We explore the Southern roots of hip-hop culture with Joe Stu.

In conclusion, I draw from another conclusion. Kendrick Lamar’s 2015 “To Pimp a Butterfly” ends with a hidden track / conversation between Lamar and deceased rapper Tupac Shakur.

Kendrick: “And I don’t know what type of energy I’ma push out / Or where it comes from, trip me out sometimes”

Tupac: “Because its spirits, we ain’t even really rappin’ / We just letting our dead homies tell stories for us.

In Floyd, we lost a library. But we gained an ancestor.

Welcome to our cypher.