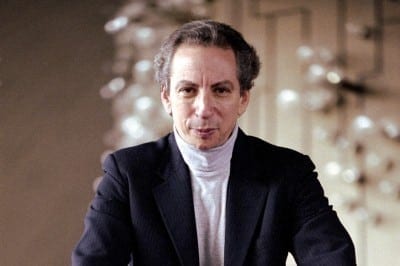 “I discovered opera very early,” says Arthur Fagen, music director of the Atlanta Opera. “My grandfather used to take me to weekend matinee performances at both the Met and City Opera.” Later, during his teens, the Manhattan-born, Long Island-raised Fagen — already something of a virtuoso pianist — made friends with the head usher at the Met, who would get him free standing room for the Saturday matinees at Lincoln Center. Soon came the beginning of his professional career: Fagen was hired at age 21 to go to the Frankfurt Opera as assistant to the great Christoph von Dohnanyi, where “I was exposed to a huge repertoire.”

Fagen, who was appointed music director of the Atlanta Opera in 2010, will ascend the podium in that role to open its 2011-12 season on November 12 with a production of Donizetti’s “Lucia di Lammermoor,” with subsequent performances on November 15, 18 and 20. All performances will take place at the Cobb Energy Performing Arts Centre. For tickets, click here.

“Lucia” is the first production in which Fagen’s new position has come to full bloom. Planning of the previous season had, of course, been completed long in advance. And unlike traditions that still persist in Europe, the American model for a music director’s involvement is a collaborative endeavor.

Fagen has been a regular conductor of the Atlanta Opera since his first appearance with the company in 2005, when he led a performance of Verdi’s “La Traviata” at the Civic Center, six months after the resignation of founding Artistic Director William Fred Scott. Since then, Fagen has been present for many of the company’s key moments. He led its inaugural appearance in the new Cobb Energy Centre in 2007 — a highly successful performance of Puccini’s “Turandot” — and led its first contemporary opera production, Philip Glass’ “Akhnaten,” at Emory’s Schwartz Center.

Naming Fagen to the post of music director was a big step for the company, because that role differs substantially from that of a guest conductor, who is hired for performances of a specific work, then goes away. By contrast, a music director has an umbilical connection to the institution and its fortunes.

While his primary responsibility is the company’s orchestra, Fagen’s role involves a collaborative investment in creative planning with General Director Dennis Hanthorn and Artistic Administrator Elecia Crowley, as well as being a highly visible public presence. The impact goes far beyond the podium: the right music director can play a crucial part in generating both enthusiasm for the artistic product and the willingness of donors to underwrite it. Therefore, the choice of a music director tends to be based on extensive direct experience, rather than promotional hearsay.

Hanthorn already had experience with Fagen as a guest conductor, back when Hanthorn was general manager of Milwaukee’s Florentine Opera Company, beginning in 1991 when Fagen was hired as the result of Florentine staff having seen him conduct at the Met. A string of return guest appearances with the Florentine followed.

But Fagen’s career has not been one-track: his experience spans the operatic and symphonic worlds, on both sides of the Atlantic, in a variety of cultural settings. From that perspective, he views Atlanta’s openness as an advantage, versus a city already ossified in its cultural ways — an advantage he feels bodes well for the Atlanta Opera.

“We are a very, very good regional opera company now,” he says, “but I really do see the potential of enormous growth, [and] within a decade it might be possible for us to develop into a truly major company.”