Trailer: And So Say All of Us from Mitchell Rose on Vimeo. 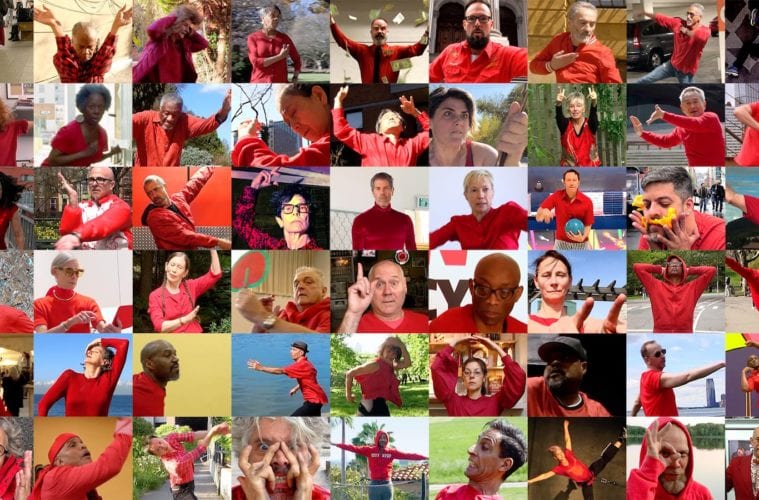 Dance’s ephemeral nature is a major source of its appeal, says choreographer and filmmaker Mitchell Rose. But as attendance to live dance performances dwindles, Rose says, the art form is losing relevance. Like many dance-makers, Rose aims to broaden the art form’s reach and make dance more accessible by reframing it through a camera lens.

Rose’s new work, And So Say All of Us, is one of nine films to be screened at Atlanta’s fourth-annual Opine Film Festival, presented by Atlanta Dance Collective on March 30 at Synchronicity Theatre.

As creator of the Opine Film Festival, Britt Fishel is interested in how film can engender new conceptions of dance while taking it beyond the limits of a physical stage. This year, she and New York-based artist Maxx Passion adjudicated 126 submissions and chose nine films for the screening. By showing films within a brick-and-mortar establishment, Fishel aims to provide a familiar setting to audiences who associate dance with live theater while introducing them to an alternative format.

Leading up to the festival’s premiere, ARTS ATL will preview the work of three prominent filmmakers on the bill, starting with Rose.

Known for his comedic films, Rose has been dubbed the dance world’s Woody Allen by the New York Times. First a choreographer, he left dance for the American Film Institute’s directing program in Hollywood. He returned 10 years later to his first love with a cinematic eye that favors “filmic dance poems” over conventional choreographic modes.

And So Say All of Us features 52 choreographic luminaries — the likes of Ohad Naharin, Bill T. Jones, Lucinda Childs and Jawole Willa Jo Zollar — in a dance chain letter to honor the Brooklyn Academy of Music’s retiring executive producer, Joe Melillo. Logistically, Rose says bringing together these monoliths of the dance world for this project was a daunting task but one that will provide a satisfying payoff for the informed viewer.

And So Say All of Us is an endless, looping baton pass that follows the same structure Rose employed in his critically acclaimed Exquisite Corps. Rose dubs the technique as “Hyper-Matchcutting,” which allows clips to be interwoven together and creates the rewarding sensation of perfect continuity, composition and motion.

“In dance film,” says Rose, “the elements that make dance dance — motion, musicality, space, design — are melded with film language and story structure into a cinematic reimagining of the dance dynamic that can allow it to explode off the stage and reach vast new media-savvy audiences with powerful impact. It’s a new age for dance now with two paths — theatrical and filmic.”