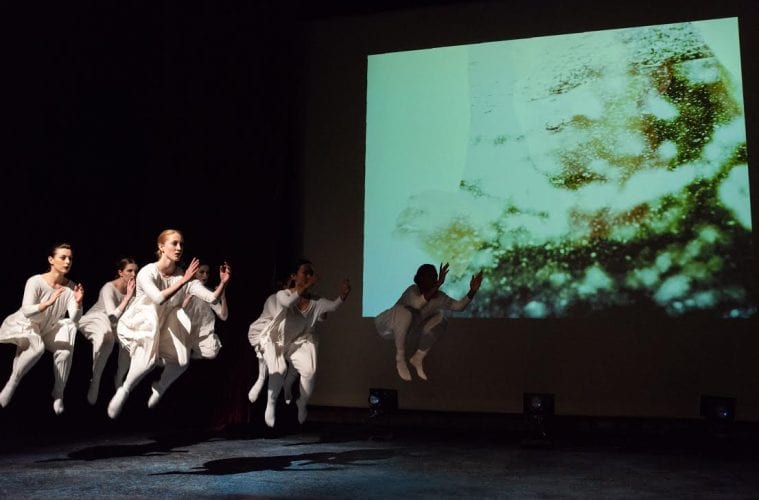 Open up your preferred web browser then type “female choreographers” into the search bar. The first page alone offers up splashy headlines inquiring where exactly these crafty females are hiding, or how to fight the pervasive sexism in western dance, or, most recently, fresh initiatives like the American Ballet Theatre’s Women’s Movement that wish to flip the script (albeit a program that Dance Magazine criticized for being condescending to women choreographers).

Sarah Stokes and Britt Whitmoyer Fishel — cofounders of the contemporary dance company Atlanta Dance Collective — not only empathize with this state of affairs, but hope to instigate change in Atlanta with their brainchild, FEMMEfest. Like most revolutions, FEMMEfest began with a dream — in this case, a very literal one that came to Fishel a year ago in her sleep.

“It was about five women-based dance companies here in Atlanta, and we were all onstage at the same time,” says Fishel, who woke up with a promising vision. “I thought, wouldn’t it be crazy if, instead of fighting for the same audiences, we all worked together, built this audience together and shared this community together?”

That question could become a rallying cry and a beacon for Atlanta’s female choreographers. After speaking with the women at the helm of the collective, the motivation doesn’t seem to be borne out of kindness or charity or self-indulgence either, instead stemming from equal parts necessity and curiosity. If they put out the call for action, who will rise to meet it? If they provide the space, who will come to fill it? 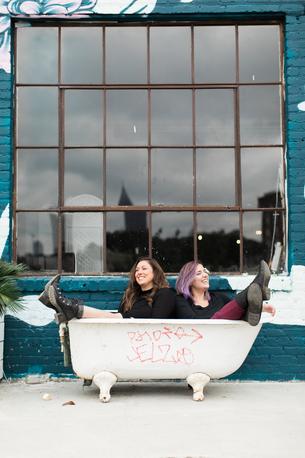 It’s a responsibility that Fishel and Stokes took on as they sat down to flesh out the three-day festival that will take place next February. Sponsored by The B Complex and piggybacking on the collective’s fourth season, the festival is open for film and choreography proposal submissions through August 1. In a broad sense, Stokes said the name “femme” encapsulates the feminine spirit of the festival.

“It’s also the femininity of the word itself, and what that translated for me,” adds Fishel. “Not that we’re looking for dainty work. We’re looking for crazy intense work.”

The collective’s journey has been a testament to the obstacle course hiked by many women choreographers, requiring patience and persistence. The duo connected with one another during Dance Canvas’ 2014 season, when Stokes performed in Fishel’s work. Both were recent graduates — Stokes from the University of Minnesota Twin Cities with her BFA in dance, and Fishel from the University of Michigan with her MFA in screendance. Fishel, who had run dance companies in the past, wanted an equal partnership with Stokes. Both wanted their dancers to act as collaborators and take ownership of the work.

“I feel like [the choreography] gets more into their bodies so they’re holding the work up more than me,” says Stokes. “I usually come in with some set phrase work and then pull it apart, having them shift where the movement is on their body to dive more into what that phrase is.”

The collective’s aesthetic is an amalgam of athleticism and endurance. Creatively, their processes are distinctly symbiotic, as Stokes primarily focuses on making task-based proscenium works, while Fishel wears dual hats as dance filmmaker and choreographer. In just four years, they’ve grown from a corps of four to 13, which includes both men and women. Last season, their choreography spanned from cleverly juxtaposed projections and contact-heavy partnering as in Fishel’s Epoch, to the time-bending and sharp grit of Stokes’ [re]collect.

The focus of the company’s upcoming season is markedly female. Fishel is at the start of her five-part film series, which kicked off at the Atlanta Fringe Festival last month with Distaff: The Doe and the Man. Based on her extensive research into the topic, the series will speak to the animalization of women.

Meanwhile, Stokes is collaborating with female artists to incorporate poetry and sculpture into her work. Both believe that making choreography as women is an inherently feminist task, though the haze surrounding what feminism advocates needs delineation. “Some people confuse feminism with women only, and we are not a women-only company,” says Fishel. “You can have feminist work and have the male gender as a very valid role.” 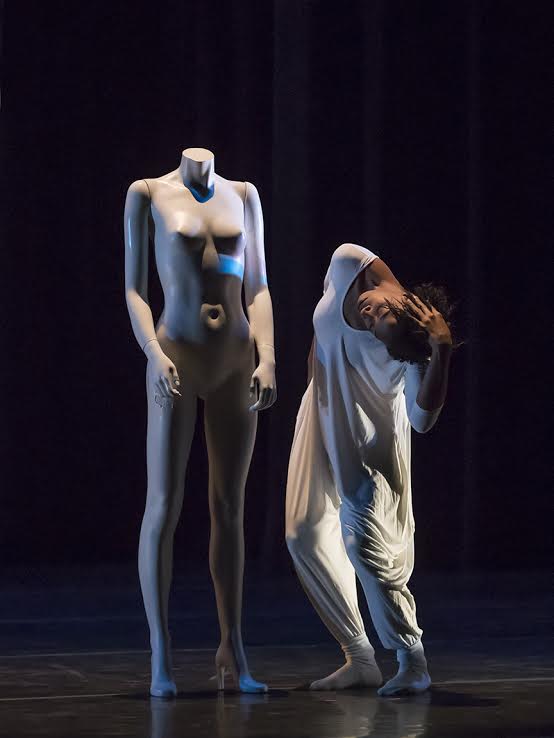 In the past, the collective has made a point to include guest artists to promote a more dynamic season but was always in conflict with the heart and the head — the former wanting to take on every application while always being thwarted by financial impossibility.

With FEMMEfest, Stokes and Fishel hope to garner sponsors and donors to support most every artist who submits a solid proposal for film or live performance. Stokes says they will produce these choreographers, without assessing a production fee, and will compensate them for participating.

“We still have to fight for every penny earned,” says Fishel, who has no false optimism about the work required to pull off an event of this scale. “A lot of dance in general is without funding right now, but if we can come up with the money, we should be sharing that funding.”

It seems pertinent to note that while the conversation in contemporary dance seemingly places more female choreographers in the spotlight, this doesn’t excuse the fact that the opportunities, funding and support for women dance artists on the whole still remains fairly anemic. There’s even less to go around for the voices who fight constantly to be seen and heard but who are silenced in many dance institutions due to a lack of intersectionality, or awareness of the combined effects of sexism, racism and other overlapping forms of discrimination. It’s harder still for those who don’t fit into the prescribed boxes of who is even considered female, something Fishel wants to clear up for those who might hesitate to submit their work.

The collective strives to shout “yes” in a dance culture that feels predicated on saying “no.” It’s a refreshing stance given the company’s growth over the past few years and their imperative to pay it forward. Their greatest aspiration is that FEMMEfest will not only provide a platform for women choreographers, but also prove that they are not the rare, elusive species that a random web search might lead one to believe.

“I think it deserves its own week,” says Fishel, looking to FEMMEfest’s future. “I think we could have the opportunity to say that anyone who wants to be involved can be involved. The more that we grow, the more that can be included.”