Flux Projects, an organization dedicated to supporting diverse and creative forms of public art, has selected 25 pieces for its 2010-11 season. 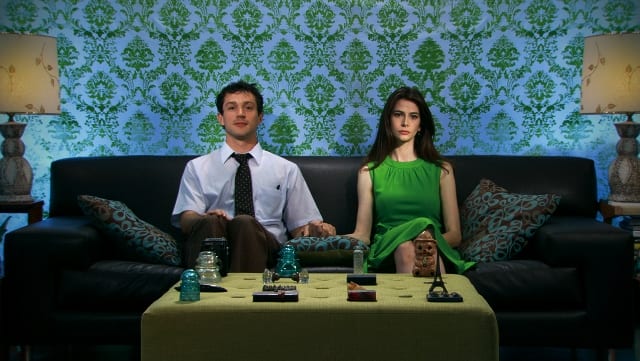 A still from Micah and Whitney Stansell’s video projection “Between You and Me.”

Many of the projects, which include video projections, performance, dance, music, sculpture and light and sound installations, will be mounted in Castleberry Hill during Flux, a one-night arts event coming October 1. In keeping with Flux Projects’ mission to merge art and daily life, others will show up anywhere from office buildings and restrooms to parks and parking lots. 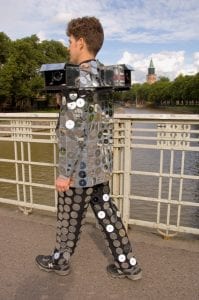 Projects include “Lima Lives!,” a roving video projection about a peripatetic zebra, by Ed Calhoun, Linda Calhoun and Ralph Brancaccio; Project 7 Contemporary Dance Company’s “The Movement Gallery,” a multi-sensory installation and performance with dancers in a glass terrarium; and “Chance: Atlanta,” a walk performance directed by rolls of the dice by Robert Ladislas Derr (at left).

Many of the artists will be familiar to those who follow Atlanta’s art scene. Sarah Emerson will do a storefront installation. Micah and Whitney Stansell will screen a five-channel video projection. Stefani Byrd and Wes Eastin, whose piece was a hit at last year’s Castleberry event, Le Flash-Atlanta, will  contribute an interactive video installation. A complete list will be available on the Flux Projects website later this afternoon.