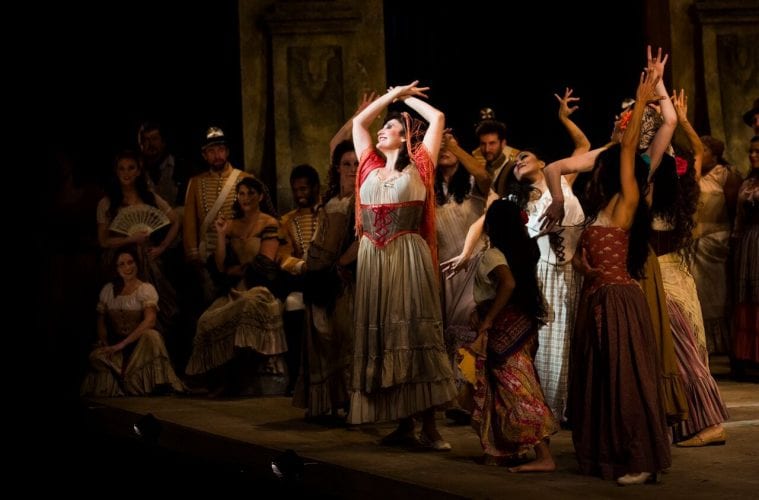 Breaking News: The Atlanta Opera mixes the old with the new for the 2017–18 season

The Atlanta Opera will offer a mixture of the tried-and-true classics and the experimental in its 2017–18 season beginning in November with a new production of Richard Wagner’s iconic The Flying Dutchman, and including a world premiere opera.

The opera announced its next season today, which will include four mainstage operas at the Cobb Energy Performing Arts Centre and two others in its Discoveries series at other locations.

“This will be a season that represents the company’s strategic direction,” Tomer Zvulun, the opera’s general and artistic director, said in a press release. “The company’s mission is to create the highest quality operatic and theatrical programming that re-imagines the classics and introduces new works. This season does just that.”

The mainstage season will include The Flying Dutchman, Donizetti’s The Daughter of the Regiment (starting February 24), Bizet’s Carmen (starting April 28, 2018) and Sondheim’s Sweeney Todd: The Demon Barber of Fleet Street (starting June 9).

In addition, the opera will present The Seven Deadly Sins by Bertolt Brecht and Kurt Weill, which will be directed by Brian Clowdus, Serenbe Playhouse’s artistic director. That opera will open in October as part of the Discoveries series at a location to be named.

The second show in that series will be a world premiere by composer Jake Heggie and librettist Gene Scheer called Out of Darkness: Two Remain at the Theatrical Outfit in April 2018. Based on the lives of Holocaust survivors, the opera will feature Tom Key, the Theatrical Outfit’s artistic director, in a singing role.

“The response to our Discoveries series so far has been overwhelming, which has given us the confidence to offer extended runs of The Seven Deadly Sins and Out of Darkness,” Zvulun said. “Audiences have truly appreciated the opportunity to experience rarely seen productions in unique environments. The sold out performance of Maria de Buenos Aires and Mozart’s The Secret Gardner this season, demonstrated that.”

Look for ArtsATL’s in-depth interview next week with Zvulun, where he will discuss the new season and the future direction of the Atlanta Opera.