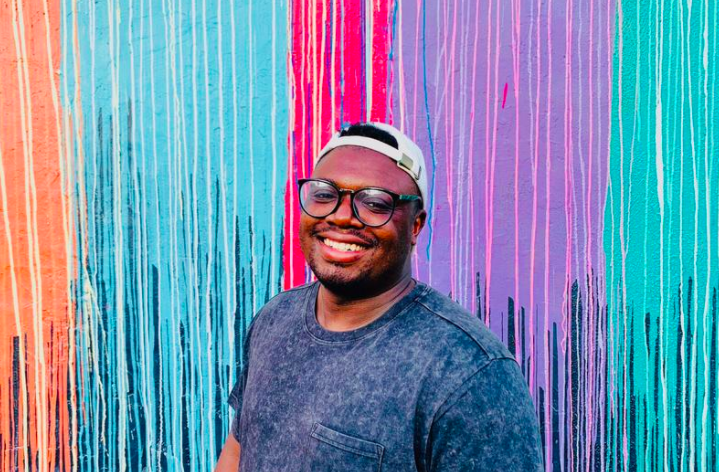 It’s rare for a single work of fiction to be excerpted in publications like The New Yorker and Entertainment Weekly, but Bryan Washington‘s debut novel, Memorial (Riverhead Books, 320 pages, has found a sweet spot among the literati and glitterati of publishing and popular culture.

His story chronicles the relationship between Mike, a Japanese American chef, and Benson, a Black day-care teacher. When Mike learns his estranged father is dying in Osaka, he departs for Japan — leaving his visiting mother, Mitsuko, in Houston with Benson. As Mike discovers long-buried family truths, the odd couple left behind leads Benson to a deeper understanding of the in-between places where he’s most at home. 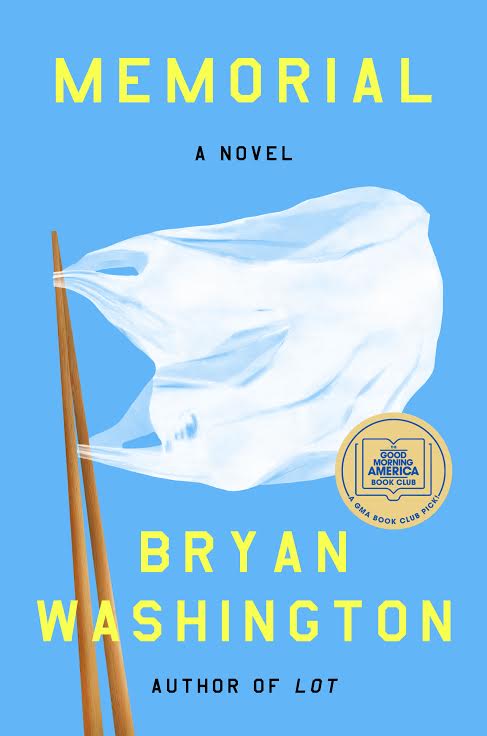 Washington, a Houston native, has written for such publications as The Paris Review, The New Yorker, The New York Times and GQ. He’s received Ernest J. Gaines, Lambda Literary and O. Henry awards.

He’ll discuss Memorial in a virtual conversation November 19 via the Atlanta History Center, which I’ll moderator. In advance, he shared his thoughts via email on family, food and the question of home via email.

ArtsATL: What is your elevator pitch for Memorial?

Bryan Washington: It depends on who I’m talking to. I’ve called it a gay slacker dramedy and a traumedy. My editor calls it a “rom-com with teeth,” which I adore. But, among other things, it’s mostly a book about trying to be OK.

ArtsATL: Has there been a through line in your work as a novelist, essayist, cultural critic and short-story writer? How does it manifest in Memorial?

Washington: I’m the least qualified person to answer this, but the question of “home,” and what home can look like and the many different ways it can change seems to pop up pretty often. In the novel, home means many different things to the characters. For some, it’s a season. For others, it’s a person or a place or a specific point in time. And for all of them, it’s a few things simultaneously. Exploring that simultaneity was important to me.

ArtsATL: What is it about food that interests you and makes it central in so much of your storytelling? By the way, ackee and salt fish are my No. 1 comfort foods, so reading your essay about that in The New Yorker was an indescribably delicious treat for this Jamaican transplant.

Washington: Bless! The novel’s punctuated by silences and the creases between silences, whether they’re gaps in conversation or actions. But there being gaps doesn’t make them empty, and one of the ways the characters fill them is through cooking for one another  and the meals that they share. It’s a way of imparting comfort. And pleasure. And narrative. And warmth. It’s yet another way the characters attempt to come closer to one another.

ArtsATL: What did you learn about family from Benson’s and Mike’s perspectives?

(Each month, this column features new reading suggestions from those in the literary world, from independent booksellers to authors and librarians.) 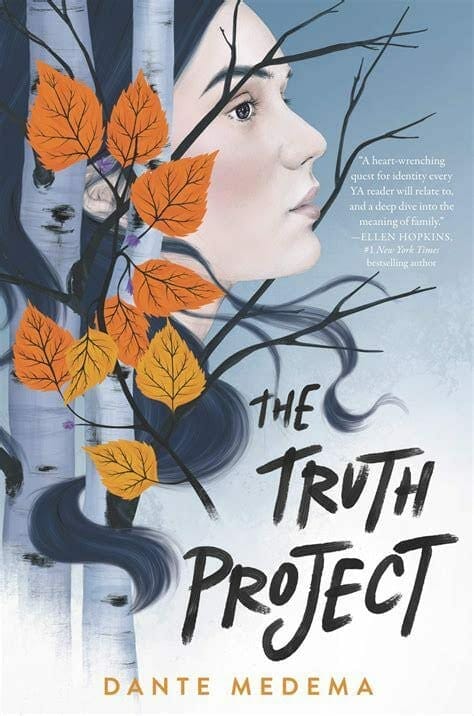 Truth and falsehood are part of the zeitgeist this fall, and Young Adult books, often on a shorter publishing cycle than literary fiction, are quick to reflect our national preoccupations. Several new releases offer squirmingly readable stories about how lies create their own realities.

The most intense of these is The Truth Project by Dante Medema (Quill Tree Books, 400 pages), in which a teenager doing a family genealogy project learns that her father isn’t really her father and that her heritage isn’t exactly what she thinks.

Ben Philippe’s Charming As a Verb (Balzer + Bray, 336 pages), tells the story of Henri and his finger-wagging friend Corinne, who consider themselves part of “Generation O,” children of Oprah and Obama. They have to be perfect to “shake off the affirmative-action cloud floating over their heads.” But perfect is a tall order, and to get there, Henri expands his definition of the verb “to charm” way too broadly.

Likewise with the main character of David Yoon’s Super Fake Love Song (G.P. Putnam’s Sons Books for Young Readers, 308 pages), a cringingly funny love story that involves a nerdy boy drawn to a cool girl, an identity mix-up, an impulsive decision to pass himself off as his rock-star brother and a decision to turn that imitation into a long-running masquerade. The charade turns out to be much easier than you’d think — dismayingly easy in fact. It seems that lies really do pay off — with fame, recognition, popularity and a pretty girl. It seems that invention really can become the truth. Or at least sort of. At least for a while.

— Julia Franks is the founder of loosecanon.com, a Goodreads-style social-media site for schools. Her debut novel, Over the Plain Houses, was named an NPR Best Book in 2016 and won the 2018 Townsend Prize for Best Georgia Fiction. 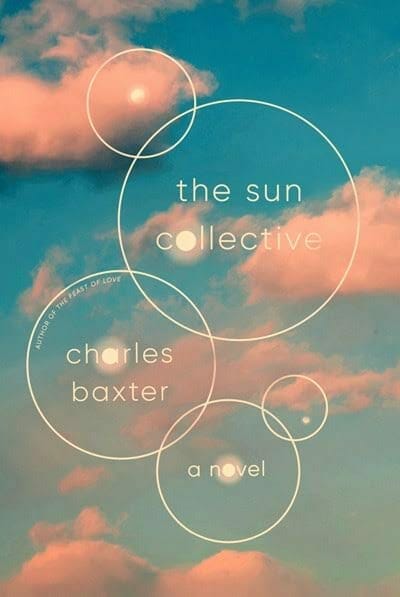 I’ve been a Charles Baxter fan for most of my reading life, so I’m pleased that he has a new novel out in November — his first in 12 years — The Sun Collective (Pantheon Books, 336 pages). It follows Harold Brettigan and his wife, Alma, whose adult son, Tim, has disappeared. Harold thinks he may have seen Tim among the city’s homeless, a plot thread that began taking shape as Baxter commuted to work via Minneapolis’ light-rail system and found himself ruminating on the moral dilemma of homelessness.

Harold and Alma know that Tim has disappeared of his own free will, but still they look for him — Harold during his nocturnal wanderings around the city and Alma as she befriends the radicals she thinks might lead to her son, including a young woman addicted to the boutique drug called “blue telephone.” The lives of the four characters intermingle in this story of anxiety, guilt and mystery that seems to have become a regular part of life today, and I find myself looking forward to experiencing with this novel how Baxter can so deftly lift art out of life in a way that is unique to American fiction. 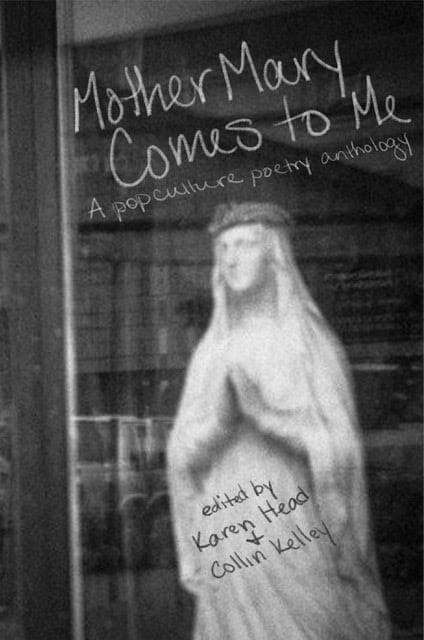 There are many books living on my bookshelves, on the floor surrounding the bookshelves, on tabletops and nightstands, under tables and on desks, but books of poetry always seem to hold pride of place and are always within arm’s reach.

A new anthology by editors Karen Head and Collin Kelley features 64 poets and publishes November 19. Mother Mary Comes to Me: A Popculture Poetry Anthology (Madville Publishing, 128 pages) features 12 Georgians among the poets exploring Marian art and apparitions, the sacred and the secular, and the role of Mary as the divine mother and mortal vessel.

The poems balance the sacred and profane with humor and humility. Jericho Brown’s stark imagery of a young, pregnant Mary in “Nativity” is balanced by JC Reilly’s humorous reimagining of the biblical census in “Stopping at a Starbucks in Egypt” and C. Cleo Creech’s ponderings on sacred images on patron-saint candles found at grocery and dime stores in “Mary Has Left the Building.” Franklin Abbott sees Mary as a fortune-teller in “A Lonely Six of Clubs,” and in “Encountering Mary Outside Lourdes,” Head sees her as a seamstress. Poems featuring Marian statuary in churches and cemeteries, where solemnity and silence rule, are placed alongside poems finding her in computer code, on social media and as a stain on a highway underpass. The artfully assembled collection is meditative and mind-blowing.

Also on my pile of “to-be-read” books are Fannie Flagg’s latest, The Wonder Boy of Whistle Stop (Random House, 304 pages), which takes readers back to Whistle Stop, Alabama, and tells the story of Bud Threadgoode; Robert Jones Jr.’s The Prophets, (G.P. Putnam’s Sons, 400 pages), a novel about the forbidden union between two enslaved young men on a Deep South plantation; and The Parted Earth (May 4, Hub City Press), by Atlanta author Anjali Enjeti, a multigenerational novel about the long shadow of the Partition of India.

— Joe Davich, executive director of the Georgia Center for the Book

Register here for the Georgia Center for the Book’s and Poetry Atlanta’s “Mother Mary Comes to Me: A Popculture Anthology Reading” on Monday (November 16) via Zoom.