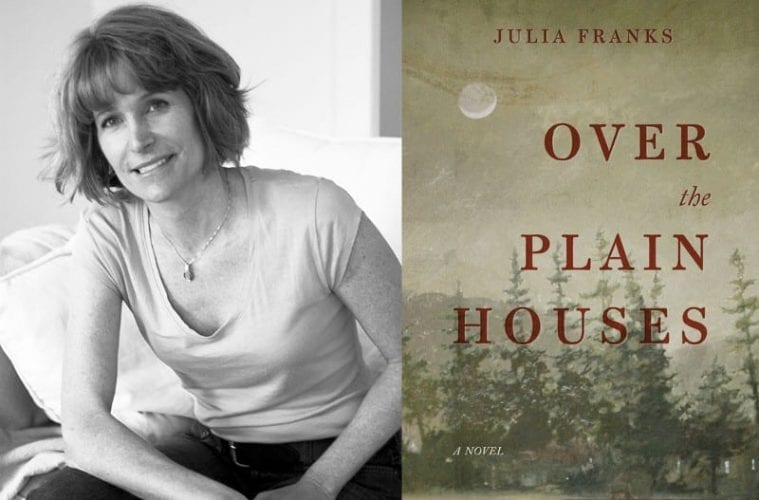 The power of a woman bridled: Julia Franks’ “Over The Plain Houses”

“Hell hath no fury like a woman scorned,” they say. But what of a woman silenced?

A character keeps emerging in our literature — a woman caught under the thumb of society, trapped in the roles prescribed to her by the men who dictate the rules. In Alexander Chee’s The Queen of the Night, she is Lilliet Berne, a falcon soprano in 19th-century France who lies, seduces and fights for liberation. She reappears in Molly Brodak’s Bandit. Here, she is a daughter of a bank robber and gambling addict in the 1990s in Michigan — too young to be listened to or to be taken seriously. So she waits, she observes and eventually, she reclaims her own narrative. We see her again in all shapes and sizes in Desiree Cooper’s Know the Mother. These are only three examples, but I could assemble a small army of these heroines in the blink of an eye.

Where are these women coming from? Why are they in our literature?

In Julia Franks’ debut novel, Over the Plain Houses (Hub City Press, 280 pp.), we find her again. Here she comes in the form of Irenie Lambey, a housewife in the North Carolina mountains accused of witchcraft by her husband Brodis, a born-again preacher and farmer. It is 1939. Brodis is a man cut down by circumstance and lashes out, claiming supremacy and using the Bible as his justification. The USDA is telling him how to farm his own land. A newly-arrived female (gasp!) USDA agent, Virginia Furman, is coaxing men’s wives out of their homes and educating them at night (gasp!). His own son, Matthew, who is inherently gifted and inquisitive, begins to question Brodis’ authority. But Brodis knows only domination and will do anything to maintain it. When he was a logger on the river he governed the forest. It is his vocation on the land as he farms. It is his duty to strike down the wicked and conquer the world around him, which is why he was called to the pulpit. In his mind, sovereignty is his inherent right.

Brodis is familiar to us, too. We see him every day.

Irenie’s story, so familiar to us, is one of self-preservation. She finds liberation in the woods where she was raised, feral land so familiar she can walk it in the dark. And she does. She hides trinkets from her life in a cave — bones of animals, her son’s baby teeth, a Cherokee pot, locks of hair, baby clothes and programs from school plays. She recognizes herself in the foxes she crosses paths with in the forest. They are fighting for survival, too. One night, they steal a chicken from her farm. The next day, Brodis sets them aflame, Matthew as his witness.

Irenie recognizes herself again in a red-tailed hawk ensnared by a bear trap Brodis has set for it on their farm. The hawk escapes, legless and bleeding. Irenie uses a shovel to set off the second trap. An allegiance has been struck.

Again she sees herself in her own son, Matthew. So she advocates for a better education for him, a better life away from his home and land, where he can question things and learn. She coerces her husband into sending him to a boarding school in Asheville, from the USDA agents’ recommendation.

But what is to happen to Irenie, now that Brodis has snuffed out the foxes, lamed the hawk and cast off his only son?

Other articles and reviews of Over the Plain Houses, lean on the word ‘disobedience’ to articulate Irenie’s actions. I am wary of that word and its condemning tone — as if the rules prescribed should remain unchallenged. “Disobedient” affirms the societal constraints prescribed to her. Prescribed to Lilliet Berne. Prescribed to Molly Brodak. Prescribed to Hester Prynne. Prescribed to us. Perhaps Franks said it best herself, in her recent interview at Electric Literature “When women don’t behave the way we want, we demonize them,” she says. She goes on to say, “We’re in this moment right now, where angry, rural, white men are in the spotlight. When I wrote this they were not. But now it does feel very contemporary.”

More disturbing is how familiar the narrative of violence that Irenie is ensnared in is to us. Brodis senses a part of his wife is adrift, that there are secrets within her — a life within her — that he has no command over. The brutality that meets her growing notion of self-governance comes as no surprise — he rapes his own wife in the night. Irenie recognizes the terrorist state she lives within. “The wife’s body does not belong to her alone but also to her husband,” she realizes. “It wasn’t their house. Not even their farm, even though it had once been part of her father’s land. It was his. Brodis’. Everything was his. Even her.” Brodis accuses her of witchcraft. When she leaves him, his violence manifests outside of his home and property. Brodis’ brutality knows no bounds — and why should it? When has it ever been censured?

Over the Plain Houses opens with Anne Sexton’s “Her Kind” which was first published in To Bedlam and Part Way Back in 1960. By the ’60s we had evolved beyond notions as parochial as ‘witchcraft.’ Instead of burning our witches we kept them stowed away in sanatoriums and psych wards. An aptly named collection, Bedlam was most infamous in London at the time Sexton’s collection was published. This is because she began writing it from within an institution. In “Her Kind” Sexton evokes witchcraft as a metaphor for her own circumstance:

I have gone out, a possessed witch,
haunting the black air, braver at night;
dreaming evil, I have done my hitch
over the plain houses, light by light:
lonely thing, twelve-fingered, out of mind.
A woman like that is not a woman, quite.
I have been her kind.

Over the Plain Houses takes place in 1939 but we see it today in our headlines. Its inherent truth casts a long shadow over us all. It is lording behind us in every conversation.

It is impossible for me to imagine the world without this character, where she is necessary. She is so familiar to me; I have been her. We have all been her, somewhere along the way. Visualizing everything she could accomplish if emancipated, my heart takes flight. But we won’t get there without fighting for it. Until then, we must endure.

Julia Franks will discuss Over the Plain Houses with ArtsATL contributor Gail O’Neill tonight at the Margaret Mitchell House at 7 p.m.