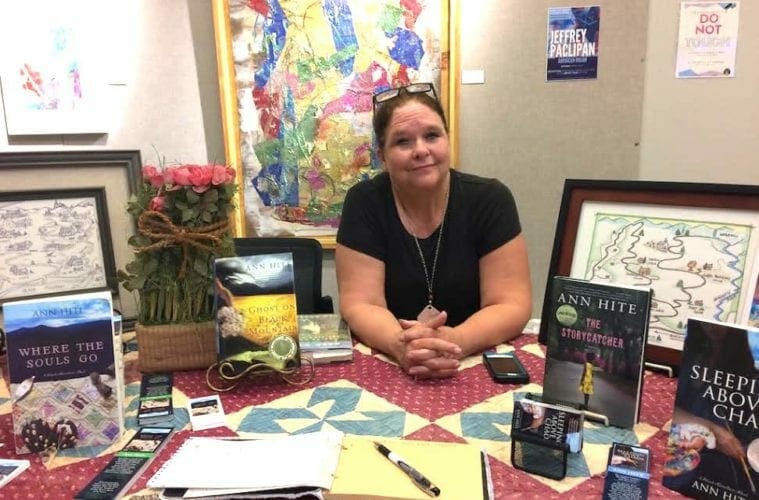 Atlanta novelist Ann Hite found greater truths and freedom from her past as she dug into her family's dysfunction and racism for the memoir "Roll the Stone Away."

There’s a lot to unpack in Ann Hite’s memoir, Roll the Stone Away (Mercer University Press, 2020). In it, the former Georgia Author of the Year unflinchingly reveals the painful secrets, metaphorical “stones,” that have haunted her bloodline for generations — secrets of racism, domestic abuse and mental illness.

“I grew up thinking I had enough,” Hite writes in the book’s introduction. “Enough family, enough memories, maybe too many. I didn’t need to know whose DNA I carried. I most certainly didn’t need to know their stories, secrets, lies. Then one day I found a stone — small, smooth, ordinary. The stone was on the grave of my grandfather, a man I never knew. The stone was a question. . . . I placed the stone on my desk and began to look for answers, for family, for history. For a legacy.”

The journey to the publication of Roll the Stone Away (Mercer University Press) was a long and painful one for Hite if you count the years she spent living through the traumas she recounts. Her own father was a military man, a drinker unfaithful to Hite’s mother who eventually left the family. Her mother was violent and abusive. 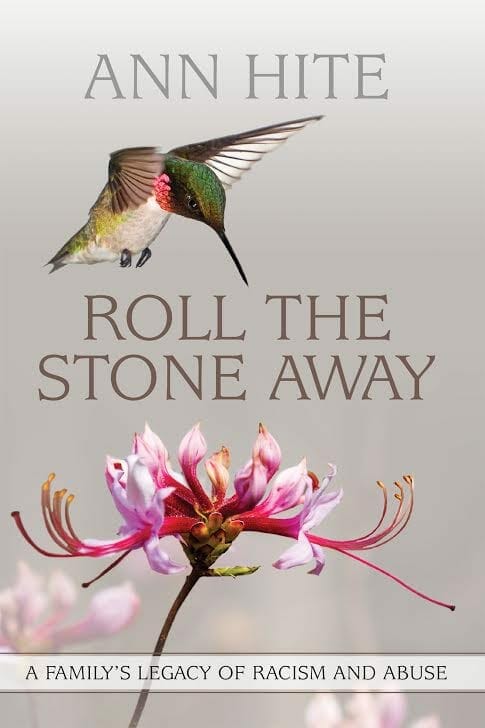 Like many writers, though, reading and telling stories helped a young Hite survive.

“When I was too little to write, I’d tell stories,” she says. “I’ve just always thought of things in a story form. And then when I began to be able to write, I wanted to tell stories because I read books, and I wanted to be like the authors and actually put my own stories down on paper.”

She put the true story she recounts in Roll the Stone Away down on paper first as fiction. The resulting Townsend Prize Finalist, Ghost on Black Mountain (2012) is loosely based on stories and people from Hite’s family. Ghost lives in the vein of the Southern Gothic, a dark tale of ghosts and folklore and family situated in the fog of the Appalachian Mountains.

Roll the Stone Away is a kind of ghost story, too, dark secrets like haints kept from Hite most of her life. Unlike Ghost though, she wanted with her memoir to strip that darkness of its fictional embellishments and write the truth of her family as she now understood it.

“I was going to write this book about my grandmother, and that was going to be the memoir, and I was not going to be in it,” she says. “I was very naïve, but this is the only way I came to the book, thinking I could keep myself out, that I wouldn’t have to tell my dirty little secrets.”

Hite tried to abandon the project many times over the course of the four years it took to finish the book, but the story wouldn’t cut her loose, haunted as she was by the pieces and people of her family’s past. She would later write that, for her, “sometimes knowing part of the truth [was] much worse than not knowing anything at all.”

So Hite sought it out. In Roll the Stone Away, she unflinching conjures up some of her family’s darkest days. Her readers learn about the ill-fated day that her grandmother, Inas, witnessed her great-grandfather, Henry Lee Hawkins, shove her great-grandmother, Asalee, out of a moving car in the old Hightower community of Forsyth County — a push that ultimately resulted in her great-grandmother’s death from a brain bleed.

“With Asalee’s death, an obscure legacy that mattered only to my family was born,” she writes. “This story was at the core of all the legends told among the Hawkins family. Asalee’s death became the tale of time and place, of ignorance and casualties, of living in the Deep South in a part of history where people took the law into their own hands to make justice fit their ideals.”

We learn, too, about Henry Lee’s role in the infamous lynching of Leo Frank and the generations of racism passed down through the Hawkins family line, something particularly hard for Hite to contend with.

“I almost put a halt on the whole thing when I found out how racist my great-grandfather was, though it explained a lot about who my mother was, and even my grandmother,” she says. “Here I am in this mixed, diverse family that I’ve made, and I’m going to tell the story about this man who I never knew who had created this horrible legacy.” 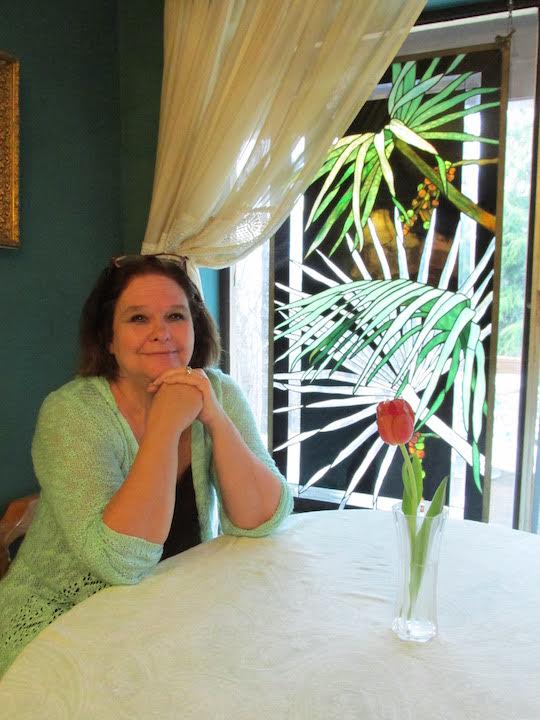 Ann Hite’s first novel, “Ghost on Black Mountain” was published in 2011 and was a Townsend Prize finalist.

Hite struggled with how to write about Henry Lee. Even though he was a product of his times, Hite found it difficult to feel compassion for him or to understand his actions. She ran into Valerie Boyd (author and University of Georgia journalism associate professor) at the Dahlonega Book Festival, and discussed it with her.

“You’ve got to tell the story,” Boyd told her. “You’re the perfect example. You didn’t turn out like them, so your story is very valuable.”

Hite realized she couldn’t write her book if she didn’t delve into her family’s racist past.

The darker truths of the men Hite came from are indeed an important part of Roll the Stone Away, but at its heart, it’s a memoir about strong, complicated women — how they survived violent men and hard times. How they had to navigate a world in which there was no place for their own dreams, how they survived abuse and struggled with their own demons.

It’s also, says Hite, a love letter to her mother, Jeannette Lord, who is both the hero and villain of the book and of much of Hite’s life — a perpetrator of child abuse and also a victim herself of undiagnosed mental illness.

“One thing I discovered was that the whole time I was writing the book, I was really writing it to my mom,” she says. “I discovered who she was. I told the truth, but I did her justice in the book, and her story was finally told. It always got covered up with, ‘Oh, let’s hide this [mental illness] because you know what they’ll do.’ And they would have. They would have taken us kids — maybe that wouldn’t have been so bad — and they would’ve put her in Milledgeville, and that would’ve been that. She wouldn’t have had any real treatment, not in those days and times.”

Jeannette was a brilliant woman, Hite says, and coming to understand her in all of her complications and complexities was a liberation.

“She could have been anything she wanted to be, but she was unfortunately born in a time and in a family where she couldn’t,” Hite says. “And that was the sad part. When you live through something like what I’ve gone through [with abuse], you pick that one person who’s just the monster. And to find out that she wasn’t the monster, that she was just a human who was flawed, that’s very freeing. It changed who I was. I’m not so angry at her anymore.”

Hite writes early in the book that her family’s roots are deep in the foothills of Appalachia, where folks still believe people don’t talk loud enough to be heard until they die.

If Roll the Stone Away has a thesis, perhaps it’s that. The secrets of families get louder until they’re told, even after their keepers are long gone. Hite’s mother passed away in 2003, but in some ways, it’s taken the completion of the book to completely put Jeanette’s secrets, and the ghosts of her family, to rest.

Readers get the sense when pouring through Roll the Stone Away that Hite’s come to confess, to set down these stones of her family’s past at the reader’s feet and free herself of their weight. And the result is an affecting and honest story about coming to accept the families that we don’t get to choose.