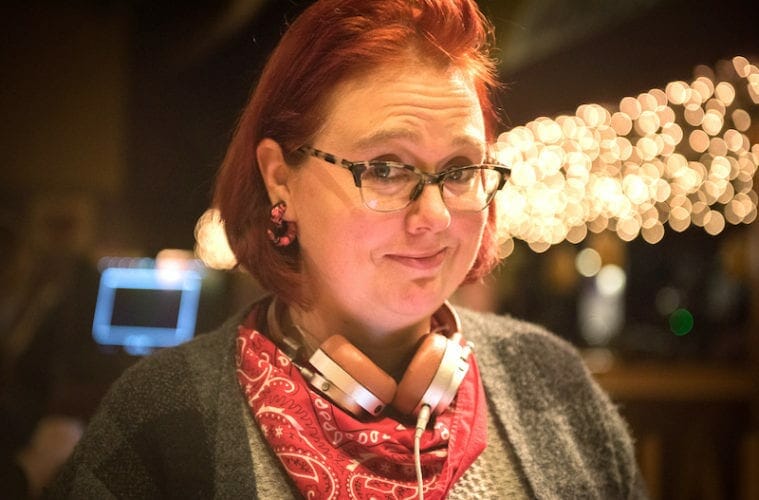 Everyone in the industry is “having their own journey,” says film/TV’s Molly Coffee

For someone without professional training in the business of film, Molly Coffee has made a name for herself, mostly in the past decade as an Atlanta-based art director. Now, like everyone else in film/TV industry, she’s locked down by Covid-19. 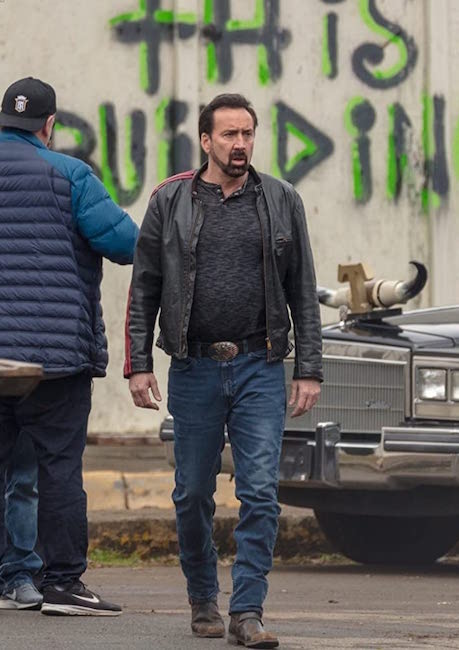 One of Molly Coffee’s more recent gigs was as production director on the horror-thriller “Wally’s Wonderland” with Nicolas Cage.

She had her next gig locked up when the pandemic hit, and having abundant free time is proving to be a mixed bag. “I went from having a job I knew I was going to start in five weeks to not having an idea when the industry is going to restart,” she says. “We do have these gaps when we are unemployed and where I can dig down into the other things I want to do and create my own stuff. Now that I have that time, I can’t focus to write. It was hard to figure out where to even point my mental capacity. I had to start making lists and deals with myself about what I would do.”

Coffee has been collecting unemployment, discovering how best to communicate with others in her industry and revving up online work for the nonprofit Film Impact Georgia that she started 18 months ago with colleague Melissa Simpson. The nonprofit is dedicated to giving a voice to independent filmmakers in Georgia.

Coffee, 38, grew up in South Georgia, moved to Atlanta in 2005 and began working in film four years later. “I’ve been lucky in my career that my job experiences — welding, construction, manual labor, painting houses — translated really well into working in art departments of films. I also got in at the right time, when the tax incentives were fresh and there were lots of opportunities to move up.”  She’s amazed that even without a high-school diploma, she’s been able to net a six-figure annual salary and become a department head.

Coffee began by making stop-motion films with friends and shot 21 episodes of a Web series titled Orgazimation (2009). Actor–director Mike Brune did one episode. When it wrapped, Coffee gave him a coupon book saying she’d work on his new project for free. He later called her and asked if she’d be a production assistant for a music video he was making. She did that project and then did more music videos, earning entry into the Art Directors Guild and IATSE Local 479.

“It’s history from there,” she says. 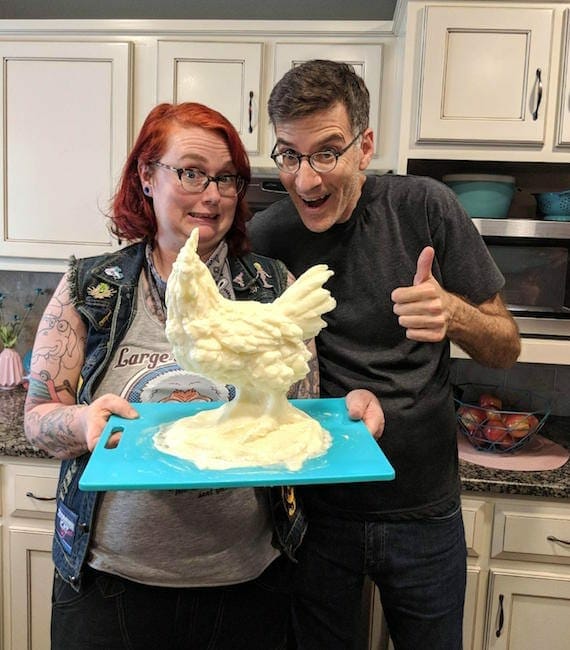 Molly Coffee and friend on the set of “Stan Against Evil,” a 2016–18 horror–fantasy–comedy.

She was the set dresser on her first feature film, the crime thriller Congratulations! (2013). She’s worked on the TV series Atlanta (FX), The Walking Dead (AMC), The Vampire Diaries (the CW) and Stan Against Evil (IFC) and the films Prisoners (2013) with Hugh Jackman and Wally’s Wonderland with Nicolas Cage. She’s also an activist for women’s and filmmakers’ rights.

Independent films, Coffee says, have been forgotten in the past decade as Atlanta and Georgia’s film industry grew to a $2.9 million business. “I think it’s harder to make independent films these days than when I got in,” she says. “You used to be able to hone in and get good at your craft before you got on a set. Those opportunities have gone missing and location fees have gotten more expensive.”

Coffee is still optimistic about the growth she’s seen but realizes that artists are dealing with Covid-19 repercussions, each in their own way. “It’s been cool to see things expanding here and realizing that TV and film work is a more viable option for people as an industry, but what I have realized during these times is that everyone is having their own journey.”