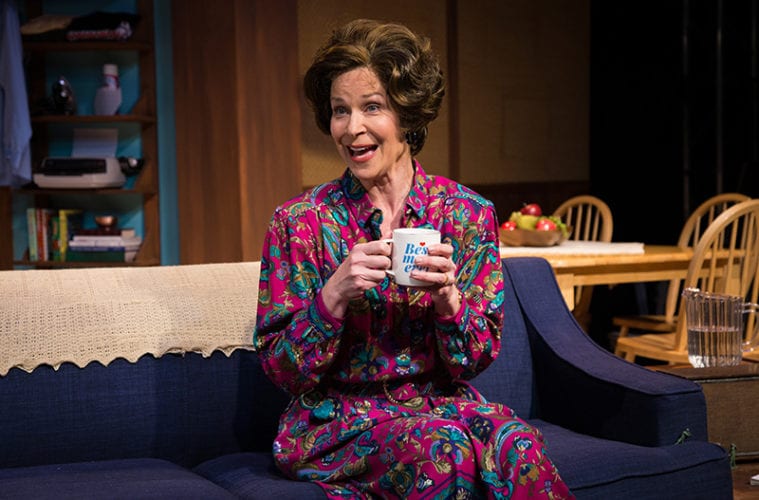 Aurora Theatre has announced its 24th season, which will mark its final season before moving into a new $31 million performing arts center on the square in downtown Lawrenceville.

The lineup features Children of Eden, a large-scale musical from the creator of Wicked, Godspell and Pippin; return-hit Erma Bombeck: At Wit’s End; a coproduction of The Curious Incident of the Dog in the Night-Time; and a yet-to-be-announced musical that will run in March 2020.

“The coming of a new Aurora season always brings that joy of change,” says producing artistic director Anthony Rodriguez. “This season, changes will begin that will take us to the next stage of Aurora’s existence; an expanded artistic home that will serve our region for generations to come. We will weather this change as we always have, together; grounded in the belief that a strong cultural organization unifies our community.”

“Coming on the heels of one of our most critically acclaimed years yet, our next season is one audiences are sure to love,” added associate producer Ann-Carol Pence. “As compassionate human beings who dare to dream, we have chosen a season to celebrate. To infinity and beyond!”

Children of Eden
July 18–August 25, 2019
Book by John Caird
Music and lyrics by Stephen Schwartz
Based on a concept by Charles Lisanby
With music from the great American composer of Wicked, Godspell and Pippin comes the epic masterpiece that sets the Book of Genesis soaring. The musical encompasses not only the story of creation and the great flood, but also examines the complex love between parents and children. It’s a tale of love, family and the power of forgiveness!

The Roommate
September 19–October 20, 2019
By Jen Silverman
Fifty-something year-old Sharon is a recently divorced busybody in need of a roommate to share space and expenses. Enter Robyn, also in her mid-fifties, who is looking for a place to hide from her past and start over. As Sharon begins to pick at Robyn’s secrets, things spiral out of control like a cross between Thelma and Louise and Breaking Bad.

Christmas Canteen 2019
November 14–December 23, 2019
Aurora’s long-running holiday tradition, Christmas Canteen returns as the sound for the season! Brimming with songs, comic sketches, trips down memory lane and an explosion of Christmas magic, it’s the holiday show with something for everyone!

The Curious Incident of the Dog in the Night-Time
January 9–February 9, 2020
By Simon Stephens
Based on the novel by Mark Haddon
A coproduction between Aurora Theatre and Horizon Theatre
Winner of five 2015 Tony Awards, including Best Play, this production has been enjoyed by over 3 million people worldwide. Christopher John Francis Boone, a 15-year-old boy on the spectrum who likes math, outer space and looking after his pet rat Toby, is wrongfully accused of murdering his neighbor’s dog. Christopher’s investigation to find the real culprit uncovers a thrilling adventure that turns his whole world upside down.

Erma Bombeck: At Wit’s End
May 7–June 7, 2020
By Allison Engel and Margaret Engel
Humorist and author Erma Bombeck gave voice to the frustrations of a generation of women in her syndicated newspaper column, “At Wit’s End.” Atlanta favorite Lane Carlock brings to life the humor and unapologetic truth of a mother, housewife and philosopher in this charming one-woman show that will return to Aurora on the main stage, due to popular demand!