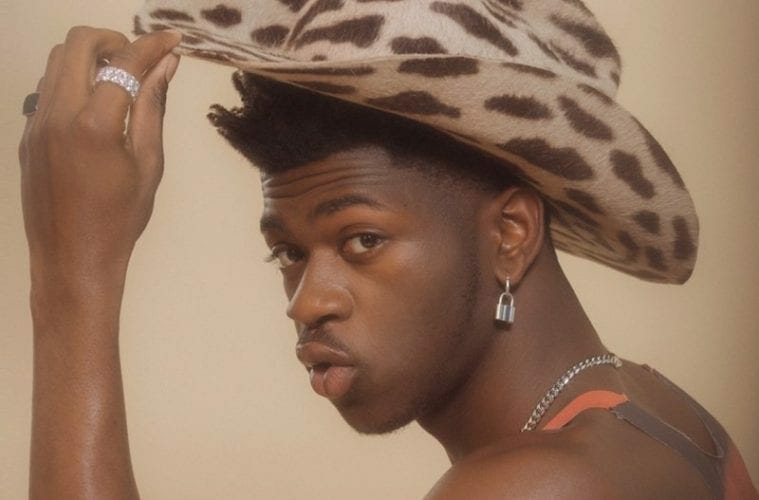 It’s unimaginable to NOT include in a list of ATL-related musical highlights this week the much-hubbub’d single by Montero Lamar Hill, aka Lil Nas X, and its accompanying video (already a strong contender for the most creative and glorious music video of 2021).

That said, so much ink has been spilled already about the extravagant, gorgeous, funny, imaginative, irreverent, incendiary work, what else can we say except to repeat that, basically, it rules. Of course, the brief but memorable seductive lap dance Nas does atop Satan himself at the end of the song ignited a predictable tempest of pearl-clutching from conservative sectors. That kind of condescending, moralistic finger-wagging is something that Lil Nas X has handled with grace and humor since his career began. The artist’s Twitter feed is an exquisite collection of chef’s-kiss takedowns of those who decry his artistic choices.

The Lithia Springs High School graduate smashed onto the scene (and made Billy Ray Cyrus relevant again) with “Old Town Road” in 2019 — a year when it was impossible not to hear it blasting everywhere at any time at any locale. He shot to instant, celestial fame when that single tore through the charts. It was No. 1 on the Billboard Hot 100 for 17 weeks, tying Mariah Carey and Boyz 2 Men for the longest run ever. It also went platinum 14 times.

The almost 22-year-old, who spent his formative years in Bankhead and Austell, celebrates a birthday April 9. So cheers to a song and a video that descend into hell and come out like fire. (Photo by Kayla Reefer)

Grouplove: “This Is the End”

“This Is the End” is pure ‘90s grunge alt-rock a la bands like Hole. Grouplove, formed in Los Angeles in 2009, features original members Hannah Hooper on vocals and keys, Christian Zucconi on vocals and guitar, and Andrew Wessen on guitar and vocals. Bassist Daniel Gleason has been with the outfit since 2014, drummer Benjamin Homola since 2017.

The band has toured with Florence and the Machine and Foster the People and has played the festival circuit including Coachella, Bonnaroo and Lollapalooza. Oh, and you may also recognize its sound from “Back in the 90s,” the song featured at the end of Netflix’s dark comedy series Bojack Horseman.

Though the band began on the West Coast, members recorded their most recent album, This Is This, in Little Five Points’ Big Trouble studio, which Gleason co-owns. Gleason has lived in Atlanta since 2006, and slowly but surely his bandmates followed him, with the married Hooper and Zucconi recently moving here.

On top of the pandemic, which has thrown many bands into an existential holding pattern, it’s been a challenging time in other ways for Hooper in particular. In 2019, she had brain surgery, which went well and has led to a smooth recovery process.

In some ways the video may allude to the surmounting of harrowing times. Hooper, in an ornate orange ball gown/prom dress, strides past and through scenes of wreckage — from a hollowed-out van to the remnants of what looks like a crumbling, burned-out house. She finally arrives at a place where they can all stand up, and leap and dance around. It’s a feeling many of us may experience when we go back, perhaps timidly, to things we did without a second thought pre-pandemic.

Indigo Girls: “Southland in the Springtime”

There’s something about the Southland in the springtime, truly — and something about this song — our Vintage Track of the Week. It comes from the Decatur-raised duo’s often-overlooked 1990 album, Nomads Indians Saints, which makes the heart leap for joy this time of year, a time when our blooming biodome turns into an overzealous pollen-diffusing madman.

Karen Tongson’s epic NPR retrospective about the musical impact of Emily Saliers and Amy Ray explains this song as part of the symbiosis that is a foundation for much of their success: “Earlier in their careers, Emily and Amy good cop/bad copped their way through their Southernness, with Emily singing paeans to the ‘Southland in the Springtime’ while offering quaint flourishes of the mandolin or banjo on other tracks.”

Saliers’ poetic writing skills are on point here, with lines like “Georgia nights are softer than a whisper / ‘neath the quilt somebody’s mother made by hand / With the farmland like a tapestry passed down through generations / And the peach trees stitched across the land.” Sentimental as heck, but who doesn’t want to let those lyrics rock you gently? And also, boiled peanuts to warm your fingers?! What a feast for the senses, literally and figuratively. As they sing, “where the waters flow with confidence and reason,” their harmonies have, arguably, never been sweeter and more sublime.

The Indigo Girls began playing music together as teens while at Shamrock High School and have continued that melodic partnership for more than 35 years, producing 16 albums since their eponymous 1989 debut — seven gold, four platinum and one double platinum. They have sold more than 15 million records and collected Grammys galore.

Their musical influence extends through many modern-day artists. Bon Iver has called them his “favorite group ever.” Brandi Carlile, who began touring with the Indigo Girls at the beginning of her career and now considers them mentors and family, recently paid tribute in Rolling Stone: “The Indigo Girls were so deeply influential in my life — not just musically, but also as an activist and as an out-queer person. The representation and the visibility that they managed to scrape together at that time, despite all odds and obstacles, were really important for me in my life. I needed them.”

Throughout the pandemic, Saliers and Ray have been holding Facebook Live concerts and continuing to support and raise money and awareness for a variety of causes — including Honor the Earth, the nonprofit they founded.