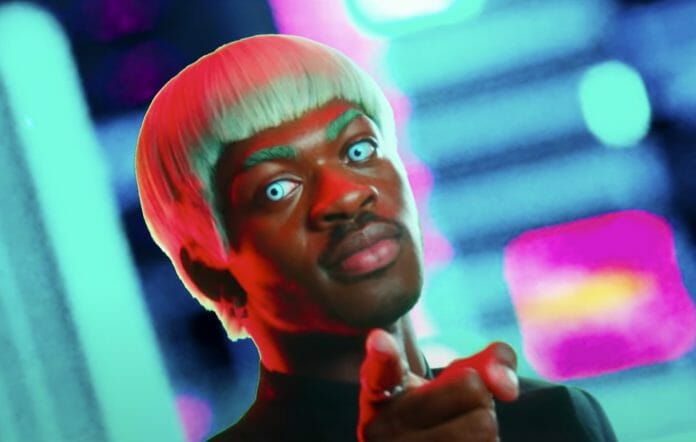 Bailey Crone sets her one-woman-band approach on Madonna’s 1994 soft ballad from the album Bedtime Stories. The original, which had a dramatic music video featuring bullfighting, is probably one of Madge’s best vocal performances. Still, here Crone’s vocals are so rich, and the multi-instrumentalist, pared-down reimagining becomes so hypnotic, it both keeps what worked already while adding layers.

Crone is a classically trained musician who sings and also plays drums, guitar and bass. She started under the moniker Bathe before adding “Alone” to the end — perhaps to draw attention to the tour de force of multitasking that is her solo career. She’s not always alone, though, serving as one half of the “dream folk” duo Mango Cat, with Sean Bryant of Big Brutus. Her first full-length album, Last Looks, came out last year. She is currently working on new material, too — on top of this work by the Material Girl, of course.

With Montero Lamar Hill’s meteoric rise over the last two years, it’s easy to forget sometimes that the Renaissance Man we all know as Little Nas X hadn’t actually released a full album. His debut release, Montero, which dropped last week after months of clever marketing on LNX’s social media — in which he appeared to have a pregnant belly in anticipation of giving birth to the new work — has garnered rave reviews for its depth and range. It also happens to be jam-packed with appearances by an eclectic mix of stars, including Megan Thee Stallion, Elton John and Miley Cyrus.

The latter, of course, is daughter to Billy Ray Cyrus, who collaborated with LNX on his breakout hit (and number one ubiquitous earworm of 2019) “Old Town Road.” In another interesting connection with the former Hannah Montana star, LNX has also recently released a cover of Cyrus’s godmother Dolly Parton’s classic, “Jolene.”

This ballad of longing for someone to hold you — even if for just one night — has a rich visual accompaniment in the video. It promotes safe sex more effectively than perhaps any music video before. It references Brokeback Mountain and shows off LNX’s acting chops. And it features a cameo by national treasure Billy Porter, who appears at the altar, no less, bearing not rings but a guitar, during a “November Rain”-esque wedding scene.

In the words of Kid Cudi, who wrote Little Nas X’s entry in this year’s Time magazine’s 100 Most Influential People: “What he’s doing is what we need right now. To have a gay man in hip-hop doing his thing, crushing records — that is huge for us and for Black excellence. The way he’s unafraid to make people uncomfortable is so rock ’n’ roll. He’s a true rock star.”

Our vintage track of the week goes out to Cassandra Peterson, aka Elvira, Mistress of the Dark, in honor of her new autobiography and her coming out about the romantic relationship and life partnership she has had with another woman for the last 19 years. Congrats, Elvira, we sing thee a song from four years ago!

They emerged on the scene so young that one music write-up about the band begins a sentence with, “The minute one of them got their driver’s license . . .” They built a reputation for rowdy live performances at DIY venues.

This song came out the year they graduated high school, in 2017, after they had already been playing together for at least three years. They told Melted magazine that year that “the music/art scene of Atlanta is so insanely diverse and welcoming, I honestly couldn’t imagine another scene more busy and creative.”

The release of a new full-length album last year called From Dust to Man and Back Again indicates that more is yet to come out of that pack of lifelong friends.