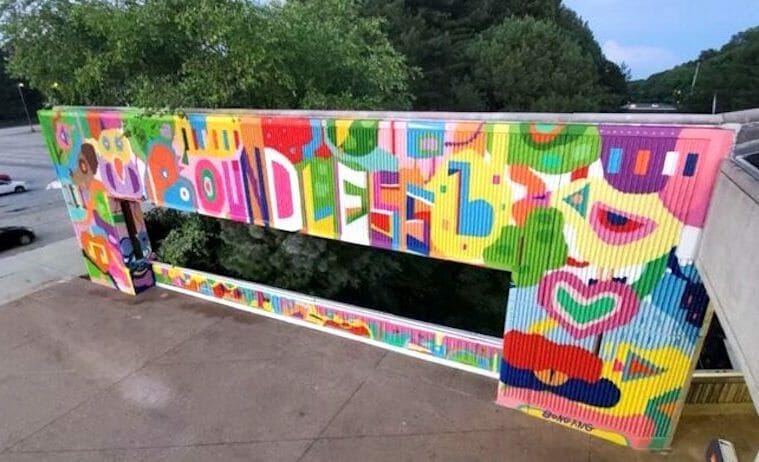 MARTA'a newest mural, titled "Boundless," is the work of Nashville artist Kevin Bongang. Find it on the north side of the Kensington rail station along the East/West line.

Artbound, its public art program, has unveiled a new mural at the Kensington rail station. It comes from Nashville-based artist Kevin Bongang, is titled Boundless and can be seen on the station’s north side. 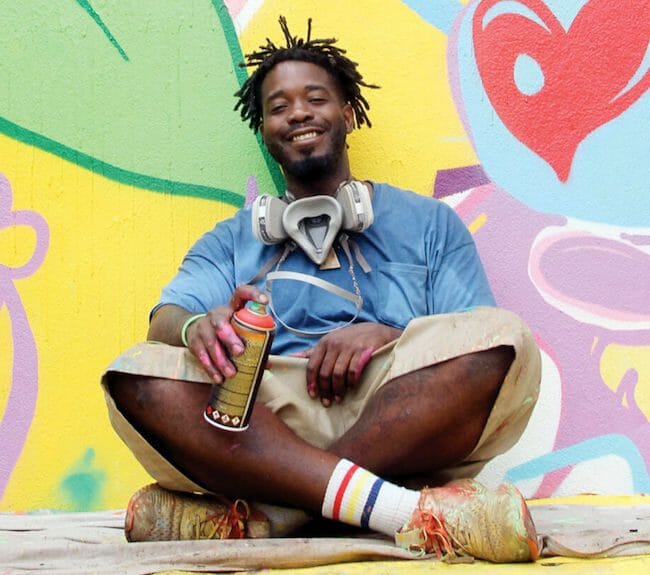 Bongang was chosen as part of Phase 2 of Artbound’s Black Artists Matter series, inspired by the Black Lives Matter movement and, in the 14 months since George Floyd’s murder, the clamor for racial justice and equity. Phase 2 included artwork by Atlantan Melissa Mitchell at Indian Creek station, which was finished in January. Phase 1 was done in partnership with the Decatur Arts Alliance and featured artwork at the East Lake and Avondale rail stations. Those debuted last fall.

Bongang typically uses bold colors, swirling lines and out-there imagery, often done freehand. He says he likes viewers to see something new every time they look at one of his murals. He has a B.F.A. and M.F.A. in illustration from SCAD.

MARTA allocates 1 percent of its annual budget to visual and performance art on its property. The Artbound program gives artists year-round opportunities in a range of mediums. To learn more visit

Living Walls and Adult Swim, who are partners on an Atlanta mural project, are expanding to New Orleans. Three artists who live and work in the Crescent City were commissioned to do walls at an antiques store, an arts center and a combination cocktail lounge/music venue/art gallery.

The project intends to produce large-scale murals, train artists in mural-making, give them experience in public art’s full scope and start conversations about the artist’s role in public spaces. Adult Swim also works with each artist to develop  network content.

The Atlanta Mural Project launched last fall, also in partnership with the nonprofit Living Walls. It produced walls on the Atlanta BeltLine’s Westside Trail across from Best End Brewing (artist: E. L. Chisolm), behind the Plaza Theatre on Ponce de Leon Avenue (artist: Yuzly Mathurin) and alongside Squash Blossom boutique on the Decatur Square (artist: Emmanuel Rivas). The murals will be up through September.

Internationally recognized photographer and author Sally Mann will receive this year’s OPUS Award from the Ogden Museum of Southern Art in New Orleans. The award goes to someone who has and who continues to make significant contributions to American Southern art. 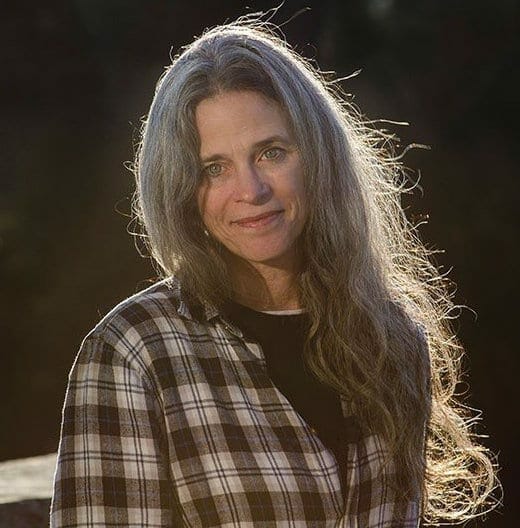 Mann, now 70, began her practice in the 1960s and is known for luminous black-and-white photographs and her masterful handling of the gelatin silver print process. The Ogden described her photography as “experimental, elegiac and hauntingly beautiful” and said she “explores the overarching themes of existence: memory, desire, death, the bonds of family and nature’s indifference to human endeavor.”

Mann lives and works in Lexington, Kentucky. Her photographs are in the permanent collections of more than 50 museums, including Atlanta’s High Museum of Art. And she’s been the subject of major exhibitions nationwide and in London.

The High hosted the traveling exhibition Sally Mann: A Thousand Crossings in late 2019, and she’s part of Underexposed: Women Photographers From the Collection, which closes Sunday (August 1) at the High. In 1996, the High featured her work in its Picturing the South show.

Mann receives the Ogden Award at a museum gala there October 16.