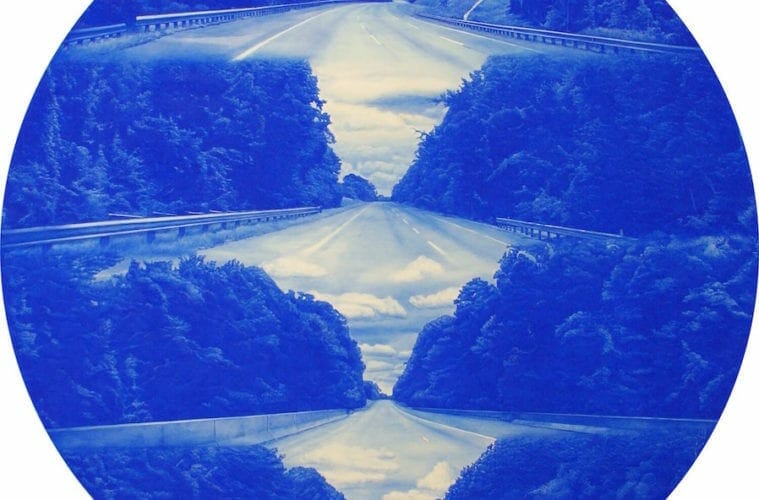 Savannah artist Namwon Choi is in the midst of her first solo show at Sandler Hudson Gallery. It includes "Vanishing Points" (2019), gouache on panel that measures 60 inches in diameter.

Hortophilia, Atlanta photographer Charlie Watts’ first solo exhibition at Whitespace Gallery, continues through December 7. Hortophilia, the culmination of five years of work, was shot in forests and features some nudity. It was one of ArtsATL‘s Top 10 don’t-miss exhibitions of this season.

Blue Distant, the inaugural one-person exhibition by Savannah-based Namwon Choi, is open at Sandler Hudson Gallery and on view through November 30. Choi, a Korean immigrant, sees herself as being in a state of perpetual motion. Her work, focused on highways, uses traditional Korean painting.

The major exhibition Sally Mann: A Thousand Crossings continues through February 2 at the High Museum of Art after being closed for a few days due to facilities issues. Strange Light: The Photography of Clarence John Laughlin, meanwhile, is in its final weeks. Laughlin (1905–85), known as “the Father of American surrealism,” was the most important Southern photographer of his time. The exhibition closes November 10.