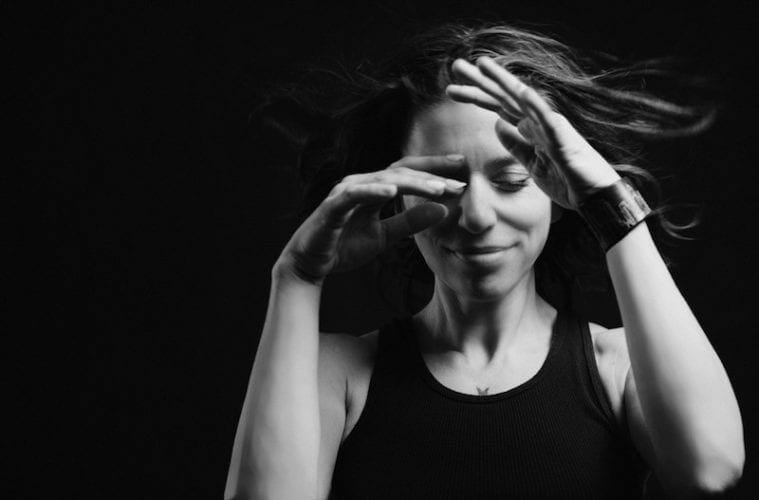 Ani DiFranco's new memoir, No Walls and the Recurring Dream, was released in May and looks back on the singer's early days from a place of "hard-won wisdom." (Photo by GMDThree)

Ani DiFranco on her memoir, reproductive freedom and learning to love the South

New York native Ani DiFranco now calls the South home, years after starting her own independent record label in Buffalo when she was just a teenager. The self-described folk singer may not have made a stop in Georgia last month on the book tour for her new memoir, No Walls and the Recurring Dream, released May 7, but she’s been to Atlanta a handful of times on recent album tours, and says she loves the city — even if she doesn’t love our politics.

DiFranco’s last Atlanta stop was in 2017, when she played Center Stage in support of her album Binary, which includes the track “Play God.” The song speaks to her stance on a woman’s right to choose — a pertinent issue in light of Georgia’s recent passing of its inflammatory six-week abortion ban.

“Having [this] incredible life that I’ve loved, and doing all the work that [I’ve done], was made possible in part by having two abortions, you know, one when I was 18 and one when I was 20,” DiFranco says. “My life would have looked so, so very different were it not for reproductive freedom.”

No Walls and the Recurring Dream speaks of that life, the one she launched on the road when she left home at age 15. DiFranco launched Righteous Babe Records just four years later with her eponymous debut album, ensuring she and her music would be beholden to no one.

In No Walls, DiFranco looks back on what she’s built in a way that self-analyzes her early relationships and sorts out what’s been most important to her life. Fans get to take the journey alongside her, learning about the real-life stories that inspired her songs and how the songwriter grew her scar tissue.

DiFranco says the memoir is a kind of “Part One” of the telling of her life, covering a time in which she was completely reinventing herself — beginning with the shaving of her head. No Walls ends shortly after her description of being in New York City during the September 11 terrorist attacks, just before she became a mother. “My children would come soon [after September 11] — you know, whole other life,” she says. “So, it just seemed artificial, really, to even try to conflate these two lives” into one book.

DiFranco, now 48, says she’s able to write from a place of healing.

“Writing about an oozing, open wound . . . seems artificial,” DiFranco says. “It’s something that’s currently happening, this Part Two, you know, so Part One just seemed instinctually like the thing to put onto paper.”

In No Walls and the Recurring Dream, DiFranco also talks about her first trip below the Mason-Dixon line and about feeling haunted by the ghosts of slavery as she traveled through places like Alabama, Georgia and Kentucky.

Haunted as she was, DiFranco fell in love with the sound of cicadas singing and eventually returned to Louisiana to make New Orleans her permanent home, just in time for Hurricane Katrina.

“New Orleans is just an exceptional crossroads of the planet. The culture here, especially the musical culture, is so profound, so deep and so wide,” she says. “And so, as a musician, you know, the first time I showed up here was like, ‘Wow . . . how can I go anywhere else?’”

For someone so dedicated to standing up for women’s rights and inspiring activism, she said it’s tough to watch from the sidelines as regressive policies such as the recent wave of antiabortion legislation come to the South she’s grown to love.

Late last month, DiFranco released a live version of “Play God,” in which she and her daughter sing about protecting what she calls the human right of abortion. DiFranco says she’d like to see an amendment to the U.S. Constitution establishing reproductive and gender rights, which she talks about in her song “Amendment,” released in 2012’s Which Side Are You On?

The laws make her sad, she says. And while DiFranco may not be saddling up and riding out to the front lines of protests anymore, she is content to let her music, and now her memoir, serve as her own form of activism — just like she did all those years ago, under Righteous Babe Records, beholden to no one.