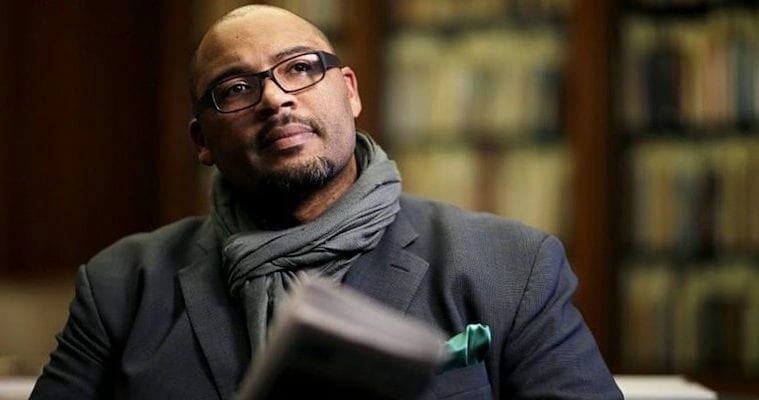 An academic, archivist and artist, Pellom McDaniels III brought history to life by showing people in their full humanity. His research began with trying to understand the impact of black athletes on 20th-century America, and his position at the nexus of sports and academia put him in a singular position as observer and storyteller.

“Pellom was a tremendous colleague and friend, as a scholar and a curator he is unsurpassed, and I think of him still as the future of the field,” says Kevin Young, who directs the Schomburg Center for Research in Black Culture in New York. “He was passionate and precise, methodical and joyful. He was also incredibly kind. I still remember him teaching my son how to catch a football. What a good teacher he and we all had.”

Pellom McDaniels III, 52, died suddenly the morning of April 19 after collapsing at home from what doctors suspect was a neurological event. He had distinguished himself as a researcher, historian and biographer and was the curator of African American Collections at Emory University’s Stuart A. Rose Manuscript, Archives and Rare Book Library. 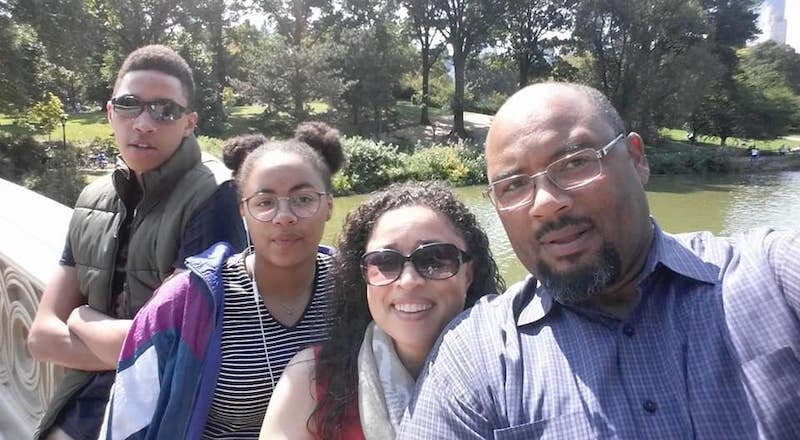 McDaniels attended Oregon State University, where he played football, then played two seasons with the now-defunct World League of American Football, joined the Philadelphia Eagles for a season and was a defensive lineman for the Kansas City Chiefs for six seasons in the 1990s. Injuries forced him to retire from the Atlanta Falcons in 2000.

McDaniels, an NCAA Silver Anniversary Award recipient, was able to pivot from sports to academia without fumbling, in large part because of fundamentals he mastered on the football field.

“Start where you stand — that play is over,” said Navvab McDaniels, sharing what NFL coaches would tell her husband. “Pellom lived by the lessons learned as an athlete. He was fearless, meticulous, never complained and finished whatever he started. He would work through pain, and saw criticism and failure as opportunities for growth.” Flexibility, self-discipline and a willingness to improvise new game plans when the status quo failed him were through lines in McDaniels’ life.

The two would have celebrated their 24th anniversary in May.

McDaniels was raised by his grandparents in San Jose, California, where he was identified as a gifted child. Community resources didn’t support his academic potential, however, so he used an uncle’s address to attend high school in a wealthier district — where the football coach recognized his potential. Reaching class on time meant waking up at 5 every morning, but he stayed the course.

His dream of studying art at Oregon State was dimmed when he learned that his scholarship didn’t cover the high cost of art supplies. He majored in communications instead and became a lifelong student of the arts and culture outside of the classroom. Shy by nature, he willed himself to be more outgoing by observing mentors and following their example. 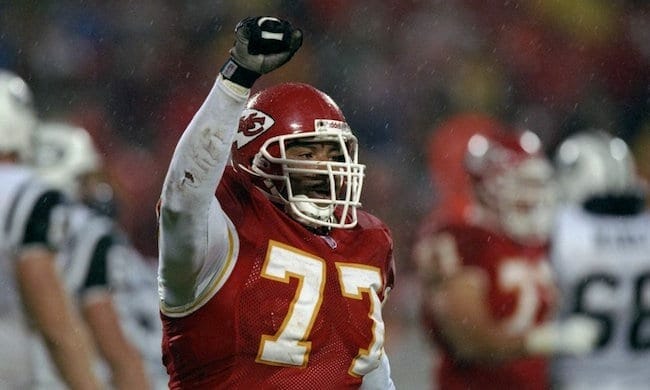 On the field as a Kansas City Chief in November 1998. (Photo by Stephen Dunn / Allsport)

Steve McGlaughlin, a Decatur neighbor, described McDaniels’ death as a “sucker punch,” remembering his gift for gardening and his gregarious nature.

“Pellom was the opposite of an introvert,” McGlaughlin said. “If you asked what he was up to, man, he would tell you . . . whether the topic was books, projects at Emory or his most recent encounter with interesting people.”

Novelist Julia Franks, who’s married to McGlaughlin, recalled McDaniels’ “scintillating intelligence.” After talking about Toni Morrison with him recently, she concluded, “If you were going to be stuck in conversation with somebody at a party, you wanted it to be Pellom.”

The same sentiment applied when a firetruck and ambulance responded to the 911 call at the McDaniels’ home April 19. Instead of asking Navvab and her children, 18-year-old Ellington “Duke” and 16-year-old Sofia, if they needed help, neighbors simply sprang into action.

Navvab McDaniels weeps when recalling the kindness of her next-door neighbor, a physician who “appeared out of nowhere” and offered to assist EMT workers as they did CPR on her husband. He stayed on scene until first-responders said there was nothing more they could do, and then helped Duke move his father’s body to the funeral van.

Within hours, a food train was organized and freezers up and down the block were cleared to store an overflow of provisions. One little boy dropped off his Easter candy. Another neighbor left flowers with a note saying she understood how horrible Duke and Sofia were feeling because she’d lost her father when she was 19 but wouldn’t trade a minute of her pain to have been raised by someone else.

Having McDaniels as a teammate elevated everyone’s game, according to Will Shields, who bonded with the lineman at Chiefs training camp in 1993. “Whether in pads or out of pads, Pellom went a million miles an hour,” Shields said. “You knew he would push you during practice, so you’d better be prepared.”

Intensity and a single-minded focus were McDaniels’ trademarks at Emory, too.

Canoeing with son Ellington, aka Duke, about five years ago.

Rosemary Magee, who recently retired from the manuscript library, spent nearly seven years traveling, collaborating and planning exhibitions, symposia and lecture series with McDaniels, who earned his master’s degree and doctorate from Emory.

“I work with many, many extraordinarily talented people at Emory who are fascinating, eccentric, brilliant and committed,” Magee said. “But Pellom’s capacities and talents were beyond the imagination. The breadth combined with the depth of knowledge he had was nothing short of awe-inspiring. When he was dedicated or committed to a project or idea there was simply no holding him back.”

McDaniels’ impressive stature served him well as a bulwark in the NFL. But his off-the-field affect was a ballast for those who experienced the fullness of his strength, spirit and intellect.

“HE JUST WANTED TO TELL MY PARENTS’ STORY”

Dancer–choreographer Carmen de Lavallade, a Kennedy Center honoree and the recipient of an honorary doctorate from Emory, laughed when she remembered McDaniels standing in a 5,000-square-foot Harlem loft surrounded by correspondence, photographs, scripts, periodicals, videos, sketchbooks and portfolios that documented her life’s work and that of her late husband, the Tony Award-winning Geoffrey Holder.

Emory recently acquired the entire de Lavallade–Holder collection, and McDaniels could see the finish line despite the dust, dirt and disarray. 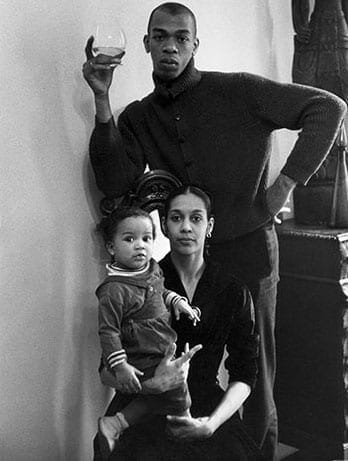 “Pellom was warm, gracious and a gentleman,” de Lavallade said from her home in Manhattan. “Most people would walk in that place and feel overwhelmed by the massive rage of materials. Even my brain would click off at a certain point, but Pellom maintained his equilibrium. He didn’t get panicky, so I didn’t get panicky.”

“I have dined with kings and queens and been exposed to all kinds of people, but Pellom stands out as a beautiful, noble spirit,” Léo Holder said. “I sat on my parents’ archives for several years without a clue on where to begin. Other institutions and auction houses showed an interest, but Pellom was the one with the passion. He was not interested in warehousing artifacts for bragging rights or prestige. He just wanted to tell my parents’ story.

“Platitudes tend to follow people in death, but the word ‘honor’ was how I described Pellom in life,” Holder said. “The man is a yardstick for how it should be done on a professional, personal, intellectual and cultural level. My mother absolutely adored him, and I just feel honored to have had such a loving, embraceable presence in my life.”