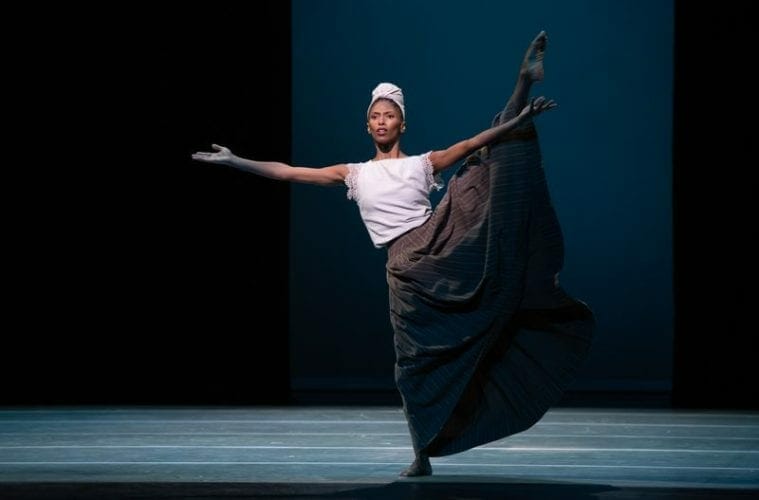 Alvin Ailey's Jacqueline Green in the new piece "Greenwood" by Donald Byrd that is inspired by the 1921 Tulsa Massacre. (Photo by Nan Melville)

Seeing Alvin Ailey American Dance Theater perform Revelations — which will be featured in every show of its February 20–23 engagement at the Fox Theatre — “is like going to church on Easter Sunday,” says artistic director Robert Battle. First performed in 1960, Revelations celebrates transcendence over adversity and injustice, but it doesn’t address racism head-on. Neither does Ailey’s mesmerizing solo Cry, which will be featured on Thursday and Saturday evenings.

Fast forward to 2020. The issues of racism and white supremacy are still at the forefront in this country. True to his name, Battle is engaging in the fight. “The issues we are grappling with are not necessarily black and white,” he says, keenly aware of the double meaning. “Some things are not talked about because we don’t have a solution yet. Dance can open up that conversation.” 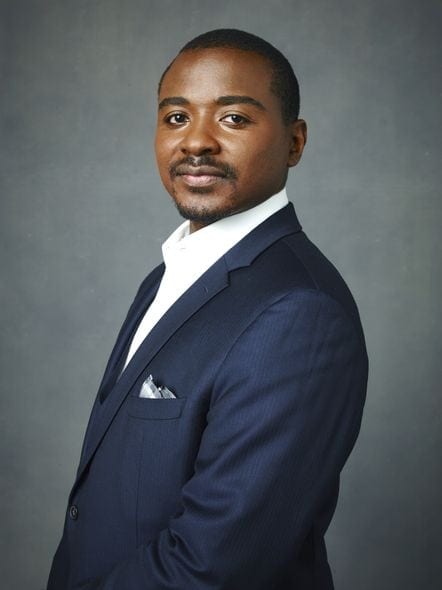 Two new works on this year’s program do just that. Jamar Roberts’ Ode takes on gun violence and Donald Byrd’s Greenwood sheds light on a little-known piece of racist history: the Tulsa Massacre. Seven years ago, Byrd was in Tulsa, Oklahoma, with his company The Spectrum Dance Theater and someone asked him if he wanted to go to Greenwood. Byrd had never heard of it. It was only after seeing the district — empty lots, ruined homes – and doing some research that he understood.

The 1921 Tulsa Massacre, once known derogatively as the Tulsa riots, is considered one of America’s worst cases of racial violence. The alleged incident of a black man assaulting a white woman in an elevator ignited a firestorm. Mobs of white residents attacked the black residents, killing, looting and burning. Known as the Black Wall Street, Greenwood was the wealthiest black community in the United States at the time. Thirty-five blocks of the district were destroyed. No one’s sure how many died, maybe 36 (the official count), maybe 300. The black and white residents who stayed never spoke of it, and the event was largely omitted from national and local histories.

Byrd describes his work as “theater of disruption” and takes a Rashomon approach, depicting three possible scenarios of what occurred in the elevator. Each duet reverberates with emotion, while a faceless mob in gray metallic suits marches in and terrorizes a quiet and unsuspecting crowd. The score by Israeli composer Emmanuel Witzthum is interspersed with traditional music from the field recordings of oral historian Alan Lomax.

Company member Jamar Roberts is the first resident choreographer for Alvin Ailey. His new work Ode is a meditation on the fragility of life in the midst of the gun violence that disproportionately affects black families. It’s politically charged but the movement vocabulary is surprisingly soft, tender and fluid. Roberts designed the costumes and set the piece to a jazz score, Don Pullen’s “Suite (Sweet) Malcolm (Part 1 Memories and Gunshots).”

The mixed bills this season also include joyful and sensual works by Judith Jamison, Aszure Barton and Camille A. Brown, but the politically motivated pieces are the talk of the moment. They are shifting the company’s tone, giving it a place in today’s conversations about violence and race. No longer can critics complain that the Ailey repertory is lightweight or superficial. 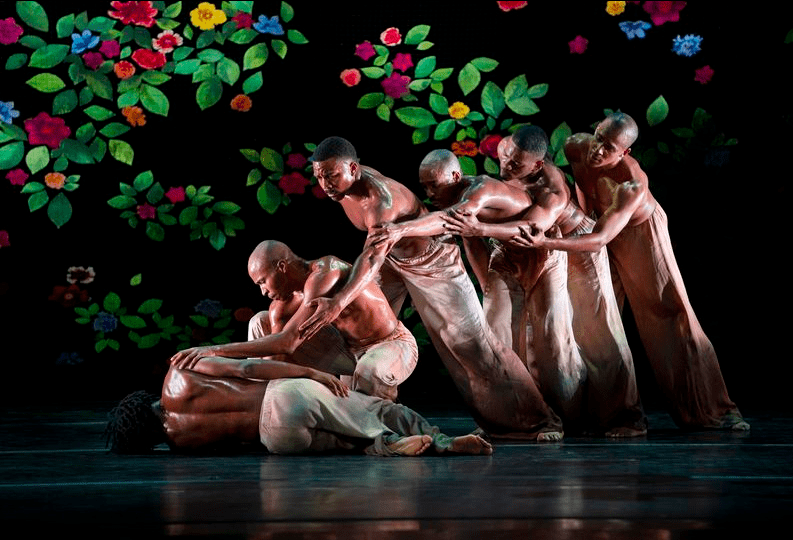 Battle describes his company as a dance organization that does political works, not a political organization. “But we see what is going on now in America and feel a little helpless about it,” he says. “We want to make a statement and take a stand. We feel a need to wade in those waters. The work that we do gives the dancers a sense of purpose and the audience a place to put their fears and anger. We need to celebrate but we also need to know our history.”

In Battle’s chats with the audience before each performance he likes to promote Ailey’s special relationship with Atlanta. It’s not just hype. He and Byrd participated in a panel discussion at the National Center for Civil and Human Rights in January. Both say they were moved by the diversity of the Atlanta audience and the honesty of people’s questions. Allison Bantimba, founder of the Fulton County Remembrance Coalition’s “Stories From the Soil” was also on the panel. Ailey’s partnership with the center began in 2015 and each year has featured discussions about the arts and societal issues.

The main company is doing seven performances at the Fox this year, including a student performance on February 20 and a family matinee and Q&A with the dancers on February 22, but its off-stage activities give it a vibrant and important role in Atlanta. And if history is any indication, the dancers on stage — strong, athletic, expressive and beautifully trained — will likely inspire standing ovations.