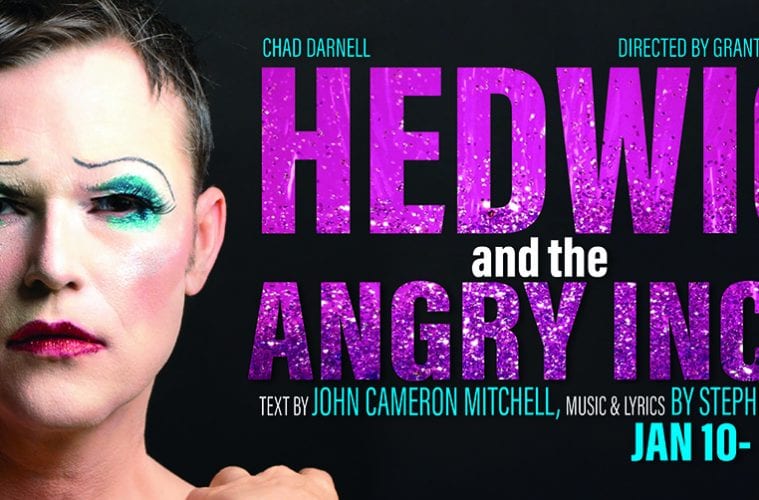 The musical Hedwig and the Angry Inch doesn’t offer up a soft and cuddly central figure — or one who is easy to understand. This is exactly what appeals to actor Chad Darnell about the titular character and what he loves about John Cameron Mitchell’s script: it doesn’t provide a lot of answers or tie matters up with a bow. Nonetheless, the main character, with all her hard edges, is one audiences can identify with.

In Darnell’s words, “Hedwig has never had a win. She never kissed a boy until she was 26. She marries the first person who gives her any attention, and that person tells Hedwig to have a sex change operation and dumps her a year later. In a trailer park, alone, she meets up with a 17-year-old and thinks that is going to work out. That ends horribly wrong, and that person steals all her music.”

Making matters worse, Hedwig also has a bad addiction problem and is known to perform drunk. 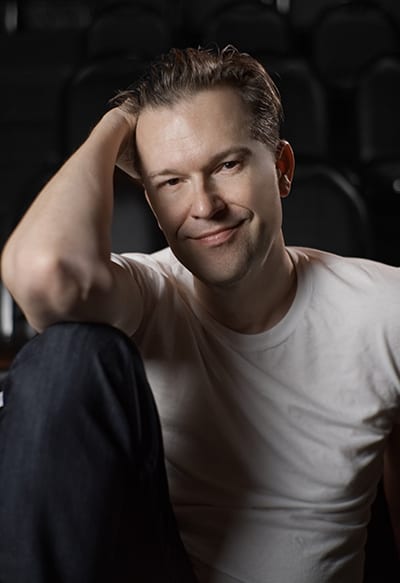 When he moved from Atlanta to Los Angeles back in 2000, Darnell envisioned being able to flex the acting and writing chops he had honed here. He wound up with a prosperous career, but it was one that largely involved casting instead of performing. Now back in the city and ready to return to his theater roots, he’s center stage for a new version of Hedwig and the Angry Inch at Pinch ‘N’ Ouch Theatre, running January 10–February 2.

An Off-Broadway smash, an acclaimed film and later a Tony-winning musical, Mitchell’s 1998 Hedwig has become iconic, with its tale of a genderqueer singer from East Berlin who, after a botched operation and love affair gone bad, is now singing in the U.S. with her band. This version of the musical is directed by Grant McGowen, Pinch ‘N’ Ouch’s artistic director, and costars Courtney Lakin as sidekick Yitzhak.

Darnell performed in the show a year ago while living in Savannah and wanted to give it another go now that he’s decided to relocate back here. “It takes a lot to understand the show and the character,” he admits. “It’s a beast of a show, but I wanted to take the character further and go deeper with it. I knew I had only scratched the surface.” He’s also realized that much of the show is being able to interact with the audience.

The actor describes his take of Hedwig as one-third Courtney Love, one-third Uma Thurman and one-third Amy Winehouse. He has been studying the late singer a lot in preparation.

“[Amy] was all about the music, like Hedwig,” says Darnell. “She goes deep in on love and obsession with this person who is not good for her, mentally or physically, and gets caught up in the pain and love of drugs and alcohol. Watching her in those final videos when she was mess — it’s interesting to dissect that and see what made her tick.”

Although the emotional baggage the character carries is tough for an actor, the physical challenges have been just as heavy. “Drag is a contact sport — trying to get those wigs out of my face is a challenge,” he says. “There’s also the eyelashes and the makeup and the dieting and working out every day. After two years, though, I am finally able to walk in six-inch stilettos.”

The musical hit at a time when the Warhol era and — as Darnell calls it — the club kid world was over. For those who loved that scene in New York, Hedwig and the Angry Inch was the cool thing to see. It also presented an unapologetic LGBT character. “When the show and the movie came out, people saw a representation of a trans character, although Hedwig doesn’t self-identify as trans,” says Darnell. “It was one of the first times we’d seen an LGBT performer in film who was not dying of AIDS. It was a different new character we had never seen before and featured music that you could identify with if you were gay or straight. It was a show that brought people together.”

For Darnell, the role is a welcome opportunity to get back onstage after a time-consuming casting career in Los Angeles. He has worked on projects such as Alias, Cold Case and the film Selma. He also worked with the Savannah Film Commission to help grow the market, which involved teaching classes and bringing in boot camps. Magic Mike XXL and 2018’s Lizzie are some of the projects he cast there. Outside of casting gigs, Darnell wrote, directed and starred in the 2013 comedy Birthday Cake, and his film Darlene is being directed by Mary Lambert this year in Savannah.

Before he moved to Tinseltown, Darnell was seen in plays such as The 24th Day and Dad’s Garage’s What the Butler Saw. Many of the colleagues he worked with then are still going strong. “You can go away and come back and still see Carolyn Cook and Adam Fristoe and Stacy Melich and all these great performers killing it here,” he said. “I realized — I wanted back in.”