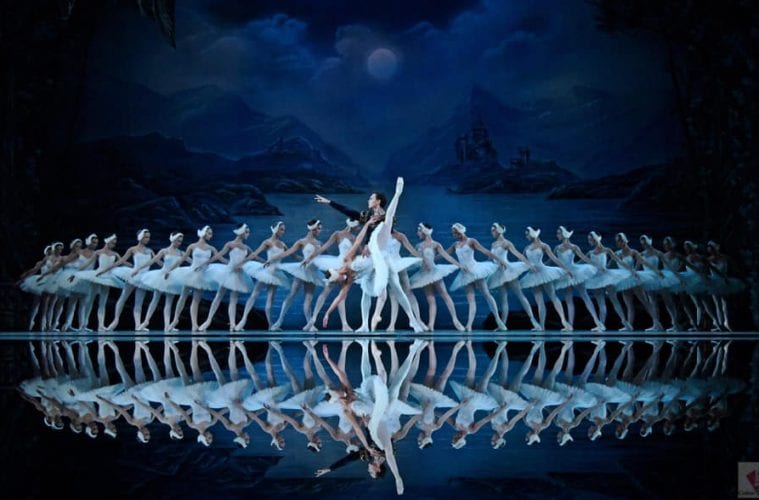 What makes Swan Lake a classic? Its themes, such as romantic desire for what’s out of reach — mixed with sorcery, deceit and sacrifice — are timelessly enthralling. There’s the story, drawn from Russian folklore, of maidens transformed into swans and held captive under the sorcerer Rothbart’s spell. There’s a prince who seeks true love, yearning to escape the politics of a royal marriage. He encounters the swan queen, Odette, innocent victim to Rothbart’s power, and her doppelganger Odile, beguiling seductress who carries out Rothbart’s treachery at the royal court.

Set to Tchaikovsky’s lush score, this newly edited version offers something of a historic basis for more than a century of creative development — notably, Matthew Bourne’s version with all male swans and in Atlanta, John McFall’s enchantingly updated rendition. Cultural references to Swan Lake have appeared in works spanning from Darren Aronofsky’s film Black Swan to Jim Henson’s The Muppet Show to Woody Allen’s romantic crime comedy Scoop. Swan Lake also pertains to the more serious conversation about what the European art form looked like during the 19th century and what it can be going forward in today’s more diverse global society. These are a few reasons why a Sunday afternoon at the Fox Theatre would be time well spent.