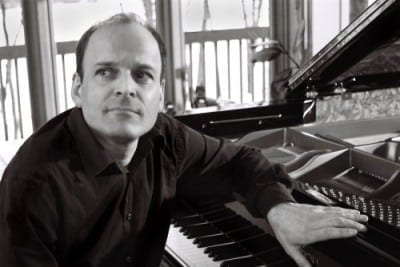 A weekend of classical highlights: Runnicles’ first ASO concert of the season and much more

UPDATE October 16: Here’s the review of the ASO’s all-Viennese concert, which is previewed below.

The scheduling goblins are messing with Atlanta’s classical calendar again: many of the region’s most rewarding ensembles and venues are presenting concerts almost simultaneously. In a moment, we’ll get to tonight’s big show at the Atlanta Symphony Orchestra, Donald Runnicles conducting his first Symphony Hall appearance this season. First, a few upcoming highlights:

* At Spivey Hall, at 3 p.m. Sunday, enriching Canadian pianist Louis Lortie will play nothing but Chopin, coupling nocturnes and scherzos (with a barcarolle in the mix). People who find all-Chopin recitals to be unmissable events will be wise not to miss this one.

* At the High Museum of Art, also at 3 p.m. Sunday, the Atlanta Chamber Players return to “Rapido! A 14-day Composition Contest.” We’ve covered this fascinating concept, now in year two, from the get-go. The inaugural year was a surprise, since the best piece (by a totally unknown composer) won the competition. The whole process electrified the musicians and audience.

* NeoPhonia, Georgia State University’s new-music ensemble, will perform a free concert Tuesday night in Kopleff Recital Hall, which I’m planning to review. It’s another installment of “Red Clay Connections,” devoted to music by the world-famous Atlanta School of Composers — um, rather, by composers who live in Atlanta and create their art here. The concert will include two premieres by Mark Gresham, a miniaturist whose music is often painterly and saturated in color, and two works by 81-year-old Charles Knox, known as a neo-Impressionist.

* (NOTE: Earlier today, I posted information about an Atlanta Baroque Orchestra concert from its website. Turns out the concert is November 21, not this weekend.)

* Then there’s the Atlanta Symphony and Runnicles, performing tonight through Saturday, in a return to old Vienna with a popular Strauss waltz, Brahms’ Symphony No. 2 and a masterpiece of late-late Romanticism, the Violin Concerto by Alban Berg, with Julian Rachlin as soloist. 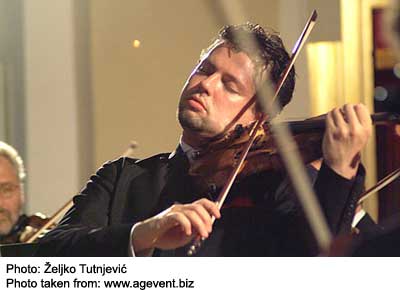 “The Berg concerto is so different from the usual bravura concerto,” says Rachlin, 35, born in Lithuania and raised in Vienna. “It’s more like Mahler’s Ninth Symphony, in a way, completely detached from reality. Berg’s orchestra is huge, and the orchestration is massive, but he achieves an utter transparency, an incredible simplicity of communication.”

Indeed, the Berg is a special piece, emotionally irresistible and deeply ambiguous. It’s perhaps the only work of 12-tone music that’s in the standard orchestral repertoire, although Berg doesn’t stick to his svengali Arnold Schoenberg’s techniques for organized dissonance. Instead, the Violin Concerto builds up tone rows that, to the ear, suggest overripe tonal harmony; elsewhere, in quoting folk song and a Bach chorale, he modulates away from atonality altogether. Composed in the very dark year of 1935, the whole concerto hovers precariously between two worlds.

There are also public and private elements. Subtitled “To the memory of an angel,” the grief-filled concerto became a memorial to Manon Gropius, the daughter of Alma Mahler Gropius and celebrated Bauhaus architect Walter Gropius, who died age 18. But Berg, obsessed with numerology, overlays a secret code in the concerto, and numbers he associated with his mistress Hanna Fuchs are all over it. The initials, heard as the notes AB and HF (where H is German for B-flat), occur at key points in the concerto, including the moment of transfiguration at the end, where the music quotes Bach, which Berg curiously marks as “amoroso.” The concerto became a Requiem for the composer, who died of blood poisoning from an abscessed bee sting, age 50, a few months after finishing the work.

“Donald was the first person who suggested to me that I will love this piece,” Rachlin recalls of the violinist and conductor’s first collaboration, in 2000. “Donald and I have worked together many times since and have become good friends, but this is the first time we’ll play the Berg concerto together. I’m honored it will be with this great orchestra in Atlanta.”