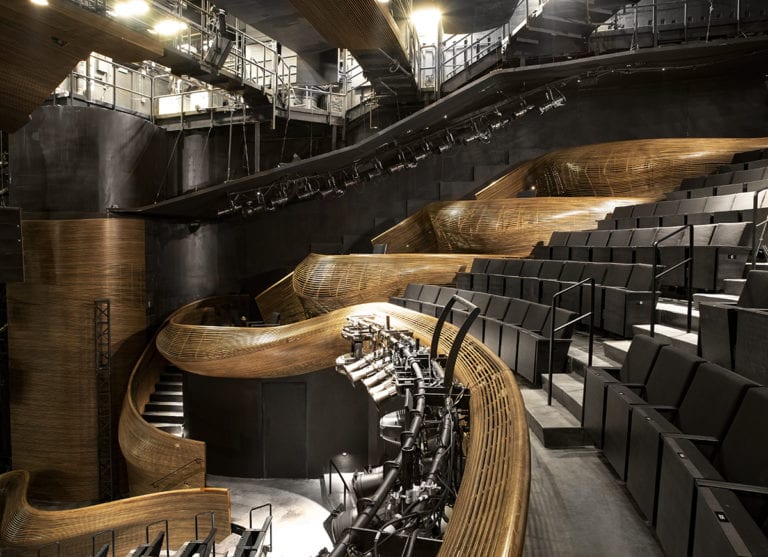 Theaters are one of the most difficult types of buildings to successfully build or redesign, according to Leigh Breslau, a partner at Trahan Architects in New Orleans — the firm behind the Alliance Theatre’s new Coca-Cola Stage. In addition to style and comfort, architects must also consider sight lines, acoustics, actor accommodations and the unique electrical work inherent to light and sound systems, among many, many other things. Here’s our “by the numbers” look at the Alliance Theatre’s new bells and whistles.

The $32 million renovation was initially planned to cover the audience seating area and the stage. However, in practice, every part of the theater has received a touch of magic. The basement also includes new administrative offices, including the preexisting sound designer’s office, lockers for the performers’ valuables and a smaller, specialty wardrobe space for use during performance.

“We think it’s going to be quite a remarkable space,” says Bleslau. “Maybe one of the most beautiful performances spaces, when it’s completed, in the country.” 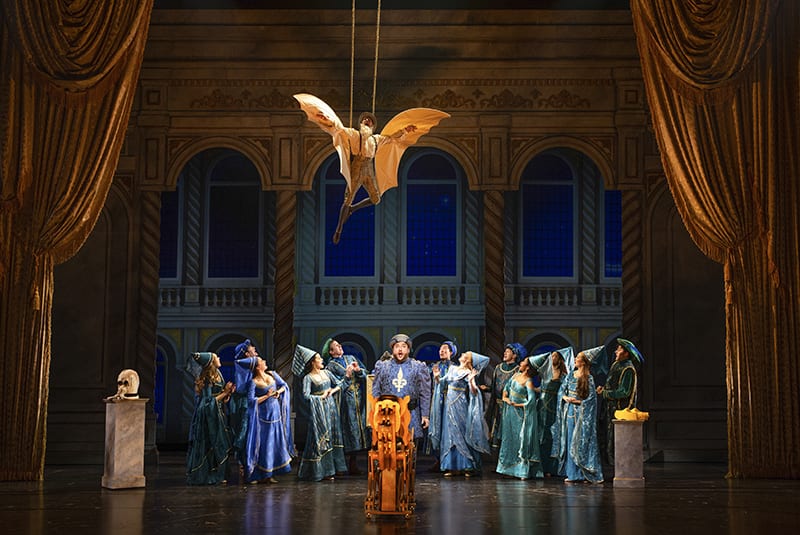 “[We’ve removed] the perceived barriers between performers and audience,” says Alliance Artistic Director Susan V. Booth. “It’s truly a shared experience . . . we can invite audiences to an experience that places them in a direct dialogue with big, emotional human moments.” 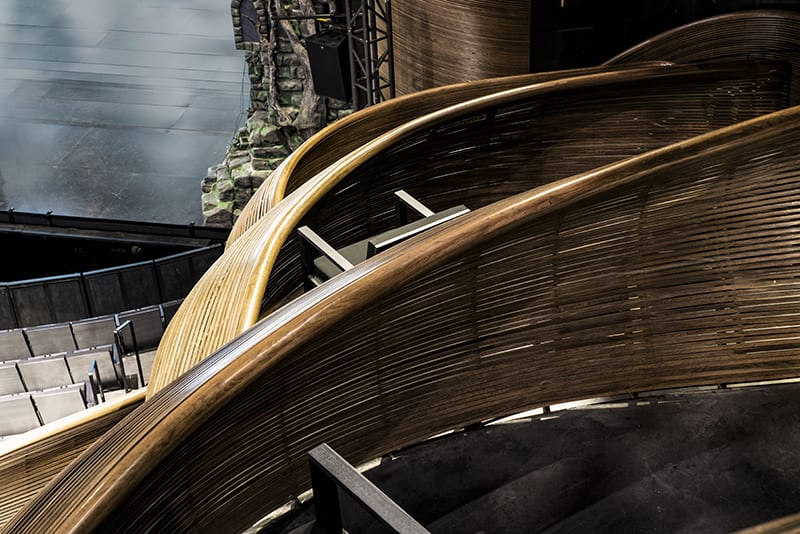 They’ve added two enclosed rooms on the orchestra level, so those with sound and light sensitivities can watch the show in a controlled environment. This is in addition to the now 40 accessible and companion seats. Even the theater’s outer lobby curves and slopes, aiding the accessibility and echoing the fluid aesthetic of the interior space. 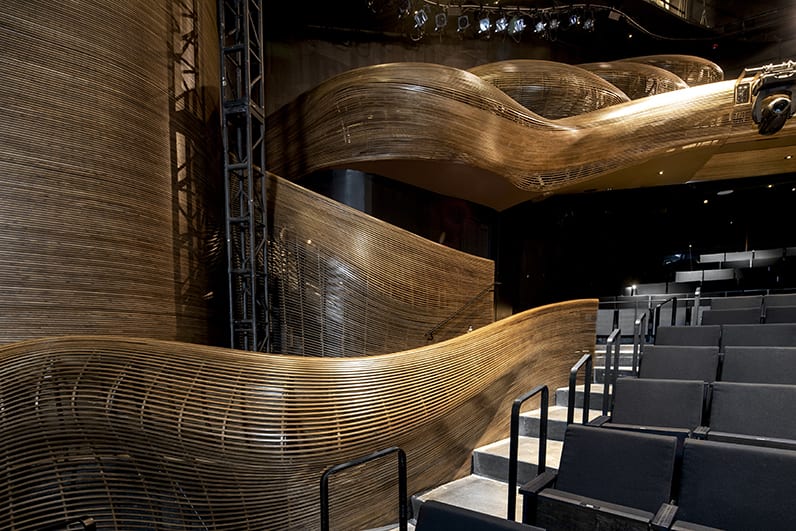 Below the stage, the dressing room and actor areas have been completely gutted and updated. Each dressing room opens up into a “green room,” a waiting area, which was originally down the hall and around the corner. The new green room now includes a pantry and two “quiet rooms” for actors to rest between shows or back-to-back rehearsals. 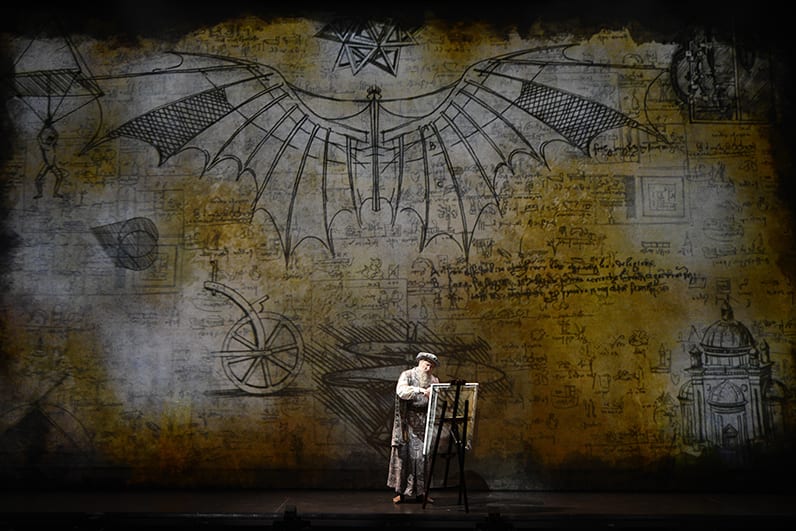 The most profound visual change within the theater is the curved wood that surrounds nearly every surface of the seating area. The new look of the Alliance draws its inspiration from several places, including wooden bowls famously created by the Molthroup family of Georgia; Atlanta’s reputation as a “City in a Forest”; and the work of artist Matthias Pliessnig, who worked with Trahan to design the space. Pliessnig, who specializes in steam-bending wood to create furniture and art pieces, worked intimately with Trahan in the creation of the space’s new layout. The wood was sourced from fallen trees in order to reduce waste. 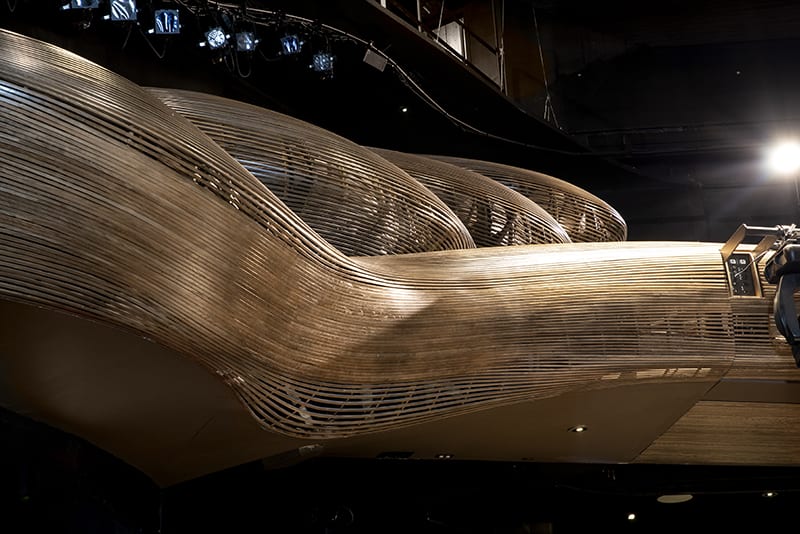 All photos by Greg Mooney.