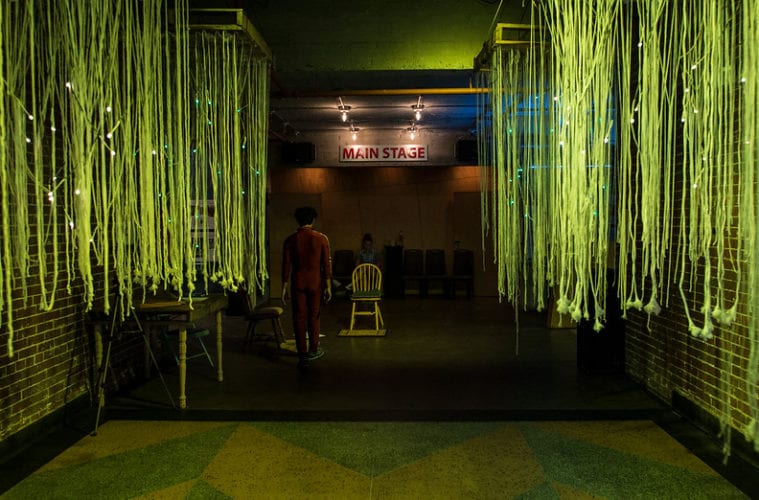 Little Five Points’ quirkiest theater company, 7 Stages, is marking the end of its 40th season with what artistic director Heidi S. Howard describes as “a party as much as a performance.” Enter Human: A Citizen’s Encounter, a multimedia performance collaboration spanning the entirety of the 7 Stages building, including adjoining coffee bar Java Lords, for the entirety of May 18.

Those familiar with the work of 7 Stages may recognize the word “encounter” from the company’s yearly collection of performances known as Curious Encounters, featuring artists and collectives from across the city, each creating a piece based on the theme for the year. The groups involved are given a space within the theater — onstage, in the office, in Java Lords, anywhere — for audience members to find, visit and revisit as they will.

This, however, is where the similarities between Human and the Encounters series end. Where the Encounters were an unconventional theatrical experience in many ways, the vignettes themselves were all solidly performance, in one way or another — most of which had allotted run times, a blurred-but-present audience-artist boundary, etc. Howard describes Human, on the other hand, not as a play but as having more of an “arts festival” vibe — a free, one-day, loosely structured event with artists and non-artists alike coming together to create something.

The roster of collaborators is unique to Human, as well. Writers and performers will be involved, but so will refugees, politicians, the local homeless people and activist groups such as Georgia Innocence Project, a group that works to exonerate unfairly imprisoned individuals in Georgia. Many of the artists invited to collaborate were specifically asked for the stories and viewpoints of family and friends who believed differently from themselves. 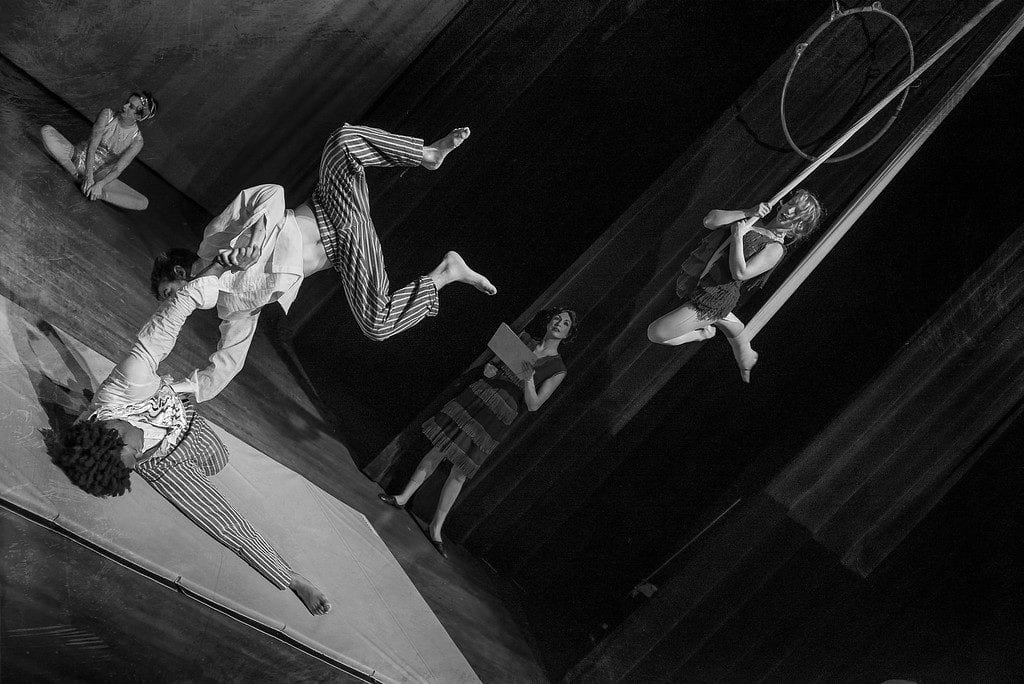 The media used within Human will be similarly varied. While typical Encounters have included a smattering of media ranging from poetry to dance to concerts to performance pieces, Human casts its media net even wider — contributors have programmed video games, tapped leather, painted, photographed, choreographed, written music, etc.

Howard cites two main sources of inspiration for Human, aside from her lifelong passion for devising theater. The first is the emphasis on and incorporation of food. Food was not absent from the Encounters — those who saw last year’s Curious Holiday Encounters had the option of accepting bread from carolers in “worship of the bread goddess Fornax” — but it has been brought front and center for this event.

“A big inspiration for me,” says Howard, “is how people share food together.” Howard shared meals with some of the collaborators in their homes; one of the prompts given to collaborators was a question about what they ate at home and how it informed their story. There will also be food, based on these stories and recipes, on offer at the event. 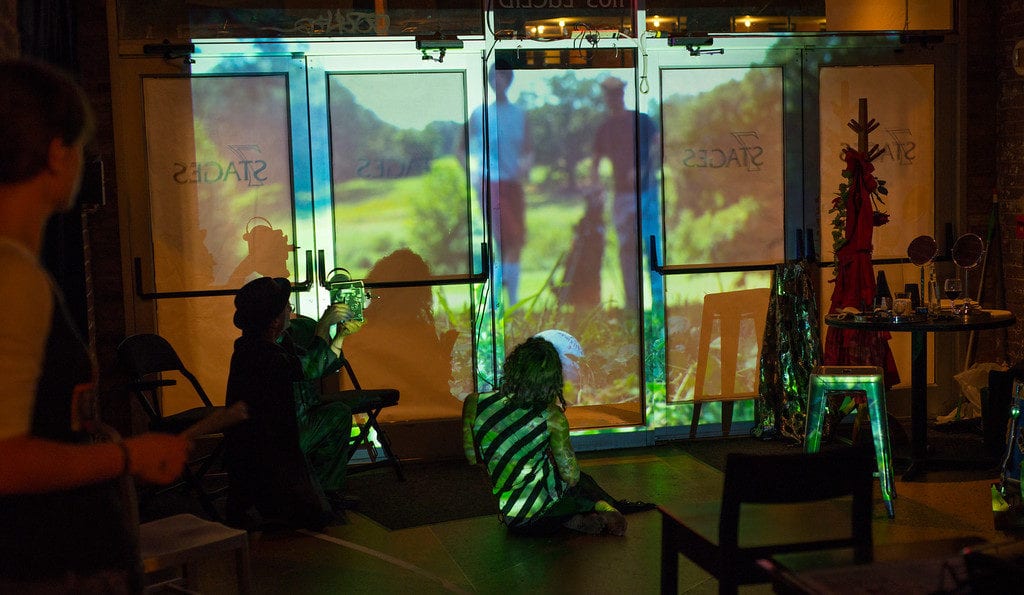 The second inspiration was brought to 7 Stages through its involvement in the Big Read Program, wherein the National Endowment for the Arts works with school groups and teaches artist to initiate artistic responses to works of literature. The book for this year is Citizen: An American Lyric, a collection of poems, essays and meditations by Claudia Rankine, combined with various visual art pieces, all addressing racism within America.

The combination of food, true stories and a loose, wandering atmosphere combine to create something unique, even for the famously daring 7 Stages — a multimedia party. The theater has spent four decades inspiring conversation; now, with Human, is the time to have it as an event in its season. And it may suggest a repeat event in 7 Stages’ future.

“This shouldn’t be it,” says Howard of her willingness to continue devised, connection-driven work in the future. “As I move forward in programming . . . this vital connection is so important, and I want to do more.”