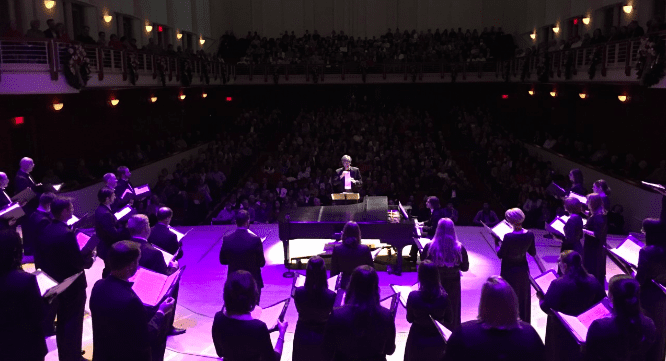 After a nearly packed Schwartz Center for Performing Arts at every concert during the 2018–19 season, Nelson made the decision to add additional performances to the bill. The upcoming season includes the themes “All Creatures Great and Small” on October 4–5, “Christmas with Atlanta Master Chorale” on December 13–15, “Questions and Queries” on March 6–7 and Beethoven’s Missa Solemnis on May 1–2.

“As a conductor, it has been thrilling to step out on the Schwartz Center stage with the singers of Atlanta Master Chorale and be greeted by a full house,” Nelson said. “As artistic director, it is equally thrilling to be stepping together with you into this next stage of our ensemble’s growth.”

Beginning in 1985 as Gwinnett Festival Singers, the chorale group gained momentum beyond its suburban reach. Nelson joined as artistic director in 1999 and has since led the professionally trained volunteer group to receive national recognition.