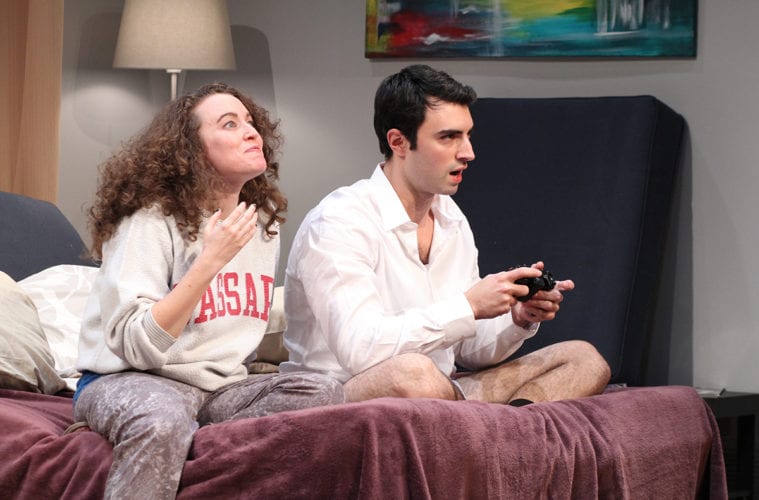 Subscribers, donors and patrons gathered at the Solarium in Decatur for the announcement of season 32 at Actor’s Express, which boasts “thought-provoking contemporary theatre.” Members of the midtown theater’s intern company and beloved, local, professional actors performed scenes from each of the shows in different areas of the space.

With spring comes The Brothers Size by Academy Award-winning writer Tarell Alvin McCraney and directed by Clark Atlanta University professor Eric J. Little. The play is part of McCraney’s Brother/Sister Plays trilogy, which launched his career seven years ago. The season closes with a dynamic new production of Eugene O’Neill’s scorching masterwork Desire Under the Elms, also directed by Ashley.

“In every one of the plays next season, there’s some sense of the characters grappling with home and what home means,” Ashley said. “When does the meaning of home change? When is the safety of home compromised? At the core of each play is someone looking for their place and at where they fit in their own lives. That sense of unsettlement is prevalent in a macro sense right now, and [I think] people will identify with it in the shows.” 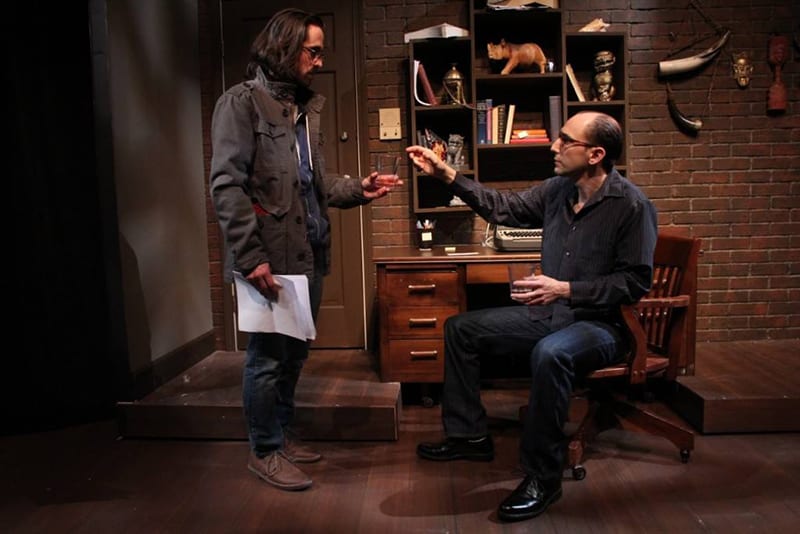 Downstairs
By Theresa Rebeck
Directed by Donya K. Washington
October 30–November 24, 2019
Irene is content, slow to anger and quick to forgive — that is, until her brother Teddy comes to live in her basement. She must split her loyalty between her controlling, volatile husband and the unstable kid brother who needs her. When Teddy tries to convince Irene to stand up to her husband once and for all, demons from the past emerge to peel back layers of dark family secrets long buried but now pushing this uneasy family to the brink. From the writer of the Actor’s Express hits Seminar and Mauritius comes a thriller about casting out your demons and mending the past. 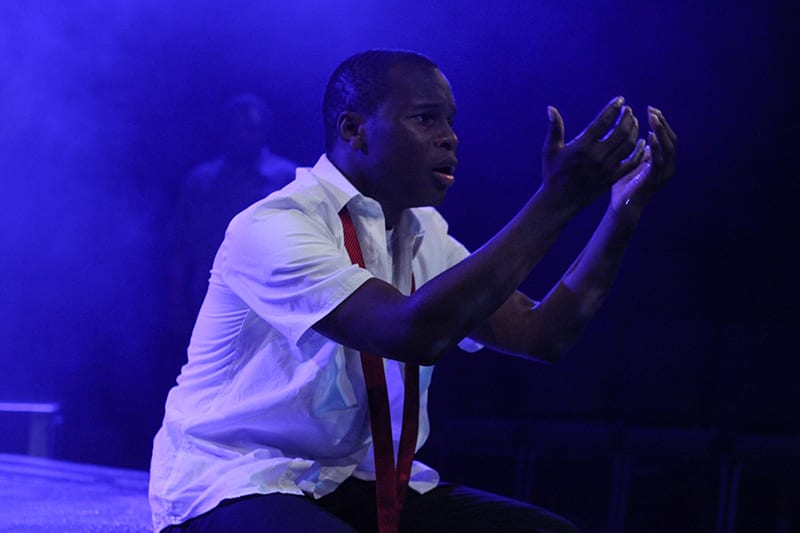 Terry Guest starred in Tarell Alvin McCraney’s Marcus; or the Secret of Sweet at Actor’s Express in 2015. (Photo by BreeAnne Clowdus)

Fun Home
Music by Jeanine Tesori
Book and lyrics by Lisa Kron
Based on the graphic novel by Alison Bechdel
Directed by Freddie Ashley
January 8–February 16, 2020
Based on Alison Bechdel’s bestselling graphic memoir of the same name, Fun Home took Broadway by storm and cemented itself as one of the landmark musicals of our time. Alison dives into her past to trace the sequence of childhood events that made her the adult she is today. In doing so, she initiates a journey of reconciliation with her late father, whose mercurial and secretive personality kept the two apart at the precise moments they should have been closest. A wholly original musical about what happens when you finally see your parents through grown-up eyes.

The Brothers Size
By Tarell Alvin McCraney
Directed by Eric J. Little
March 11–April 11, 2020
In the sweltering heat of the Louisiana Bayou, Ogun Size tenuously reunites with his brother Oshoosi, who has recently been released from prison. When Oshoosi’s charismatic former cellmate Elegba arrives, the two brothers find themselves on a collision course with fate in this unflinching and tender exploration of the complex bonds of brotherhood. From the Academy Award-winning writer of Moonlight, The Brothers Size weaves together poetry, music and mythology to magnify the struggle for freedom and the need to belong somewhere.

Desire Under the Elms
By Eugene O’Neill
Directed by Freddie Ashley
May 13–June 21, 2020
In this scorching classic that pulses with the intensity of a fever dream, tyrannical patriarch Ephraim Cabot returns to his rural New England farm with a seductive new wife, Abbie, hoping to produce a new heir to the estate. Fearing disinheritance, his impetuous youngest son Eben hates his new stepmother. But hatred soon gives way to lust, and Eben and Abbie enter into a torrid affair that unleashes tragic consequences on the Cabot family forever.

Season subscription packages are now on sale and can be purchased online or by calling 404-607-SHOW. Single tickets will go on sale July 1, 2019. More details about each production are below.