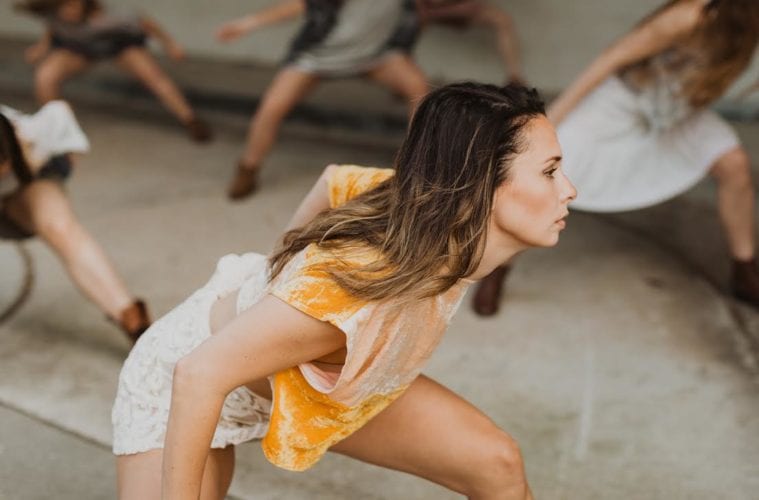 Gabrielle Gambino hired a film crew with an overhead drone to capture her "Rue & Reside" for MIXTAPE.

Zoetic’s artistic director Mallory Lyles Baxley was pleasantly surprised when almost 30 artists applied. “Now is a vulnerable time, and people were very vulnerable in their proposals,” she says. “It was like reading someone’s diary.” Zoetic has traditionally been a company of women, but this year Baxley welcomed applications from male, queer and nonbinary artists. Several works, she says, grew out of artists’ pandemic experiences. She hopes the festival will offer audiences an escape, “something light and entertaining other than Netflix.”

As launch day approaches, she worries people are tiring of virtual content. “People scroll through Instagram on their phones and glaze over after a while,” she says. “It becomes difficult to grab people’s attention.” But artists are becoming more comfortable and therefore more creative in the virtual space, she says. Fest participant Gabrielle Gambino brought in an experienced film crew for her piece Rue & Reside. She choreographed specifically for film and had a drone film the dancers from above. She’s very happy with the result and the experience and says it’s given her a valuable new set of tools.

The first MIXTAPE, live in 2017 at West End Performing Arts Center, was an intimate affair, with three dance artists in a black-box theater. The festival skipped a year because Zoetic was in transition, returning bigger and stronger in 2019 with 10 artists presenting works at the Southwest Arts Center. The pandemic dashed Baxley’s hopes for 2020, so MIXTAPE went online in November. She hopes the 2022 festival will be live once again.