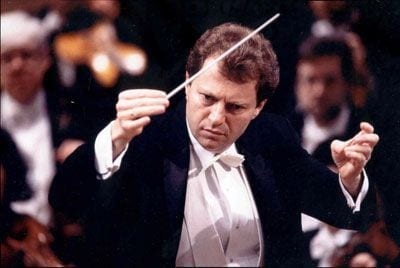 Former Atlanta Symphony Orchestra music director Yoel Levi doesn’t have much opera under his belt, relatively speaking, but he’s making up for it at the Atlanta Opera.

Announcing details of its 30th anniversary, the opera revealed that the Romanian-born, Israeli-raised conductor will lead two productions in 2009-2010 — or 50% of the season. Although he split with the ASO in 2000, and has limited opera experience on his résumé — including a 2007 “Hansel & Gretel” with Atlanta Opera — his fan base in Atlanta probably remains huge, and he continues to live in Sandy Springs. His name is likely a draw for box-office and donations to the opera.

Levi’s first show is Donizetti’s “Elixir of Love,” with soprano Leah Partridge as Adina and tenor Bruce Sledge as Nemorino (Oct. 3-11), which opens the season. In the spring half, Levi will conduct Verdi’s “Aïda,” starring Mary Elizabeth Williams in the title role (she was Serena in “Porgy and Bess” in 2005 at the Civic Center), Elizabeth Bishop as Amneris and Antonello Palombi as Radames (Feb. 27 – March 7).

Perhaps the most anticipated event of the year, however, is Gluck’s “Orfeo ed Euridice” with Atlanta countertenor David Daniels as the Hell-and-back hero, and Katherine Whyte as Euridice and Deanne Meek as Amor. Harry Bicket, an excellent baroque specialist, conducts the production, rented from Glimmerglass Opera (Nov. 14-22). For complete details on the whole season, visit the Atlanta Opera’s website.

The fourth opera next season, a new production, will be Mozart’s “The Magic Flute” (Apr. 24- May 2). Here’s your first peek at wet-ink sketches by C. David Higgins, who is designing the sets and costumes. Arthur Fagen, who has conducted a lot of opera in his career, will be in the pit. The cast includes several singers making their Atlanta Opera debut, including soprano Nicole Cabell as Pamina and Kathleen Kim as the Queen of the Night.

The Three Ladies intercept the dragon, who’s about to devour Tamino. I wonder how that checkerboard floor will look in real life — “busy” floor patterns are rare because they confuse the eye when the singers walk around. (Click on photos to enlarge.)

The realm of the Queen of the Night.

Puppets (and their human operators) are integral to Higgin’s production: