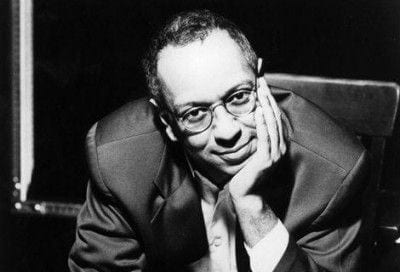 The Center for Civil and Human Rights has hired George C. Wolfe — Tony Award-winning theatrical director, producer, playwright and author — as its chief creative officer. Wolfe will oversee the creation of design concepts and themes, including creative interpretation of exhibits, a storyline-based approach to content, and the overall visitor experience.

Putting a theatrical professional in charge of museum design is an unusual move. But the CCHR is not a typical, artifact-based museum. As Executive Director Doug Shipman has repeatedly said, the center is intended to be an experiential, immersive environment.

Wolfe, whose credits include “Jelly’s Last Jam,” the Tony-winning “Bring in ‘Da Noise, Bring in ‘Da Funk,” “Angels in America – Millennium Approaches” and “The Colored Museum,” has proved his storytelling chops.

“George is in a unique position,” Shipman says. “He brings technical skills and a deep interest in and knowledge of African-American history.”

Wolfe has already begun researching Atlanta’s history and plans to meet with surviving civil rights activists. “The fight for civil rights is a great American story, filled not just with leaders of astonishing power and vision, but everyday citizens, who because of their bravery, humanity and heart, transformed this country, politically, spiritually and culturally,” he says. “I am thrilled and honored to be a part of helping to share and celebrate their stories.”

Wolfe served on the jury that selected the center’s architectural team, the Freelon Group and HOK. He has already begun consulting with the architects and exhibit designer Gallagher & Associates on the $125 million, 100,000-square-foot center, slated to open in 2012. Shipman says he has already effected some changes in the design, primarily to make spaces more performance-friendly.

Wolfe will not move to Atlanta, as the work is episodic, Shipman says. He will, however, be here often.