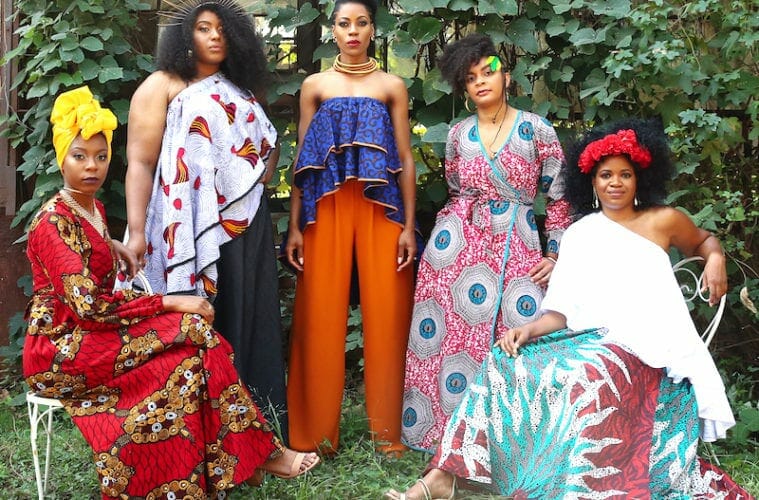 For the second consecutive year, TILA Studios is sending a group of Atlanta-based black women artists to the internationally famous Art Basel Miami Beach, the pinnacle art gathering in the United States, attended by some 75,000 artists, curators, gallerists, critics and collectors from around the world.

It’s doing so through a yearlong artist-in-residency program for five candidates known as the Garden Fellows. Each will exhibit five to seven pieces on a rotating basis at a TILA booth at the Prizm Art Fair. 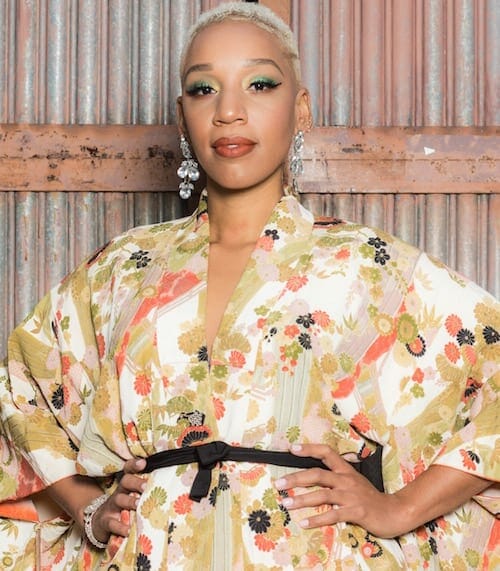 During the all-expenses-paid trip (December 2–8), the fellows will take in fairs, exhibitions and public art and attend parties. A house mother will manage their schedules, coordinate calendars and field interview requests. Once back in Atlanta, the women will visit studios and attend workshops before mounting a final exhibition in the spring.

It’s been a year of growth for TILA. It sent 10 Garden Fellows to Art Basel Miami Beach in 2018, but six months later, nine women who helped fundraise and support that effort wrote an open letter to the Atlanta arts community accusing TILA founder and director Tiffany LaTrice of “irresponsible leadership, financial mismanagement and lack of transparency.”

LaTrice had set out to build a coworking and community space with TILA, but last spring’s episode tested the limits of sisterhood.

“I was devastated by the allegation,” LaTrice says. “Our growth happened way too fast. In order for it to slow down and have longevity, we needed an advisory council and executive committee, which were onboarded in July. Ownership is shared now. And we hired a consultant who did a full assessment of TILA without my presence. That highlighted my blind spots. It turned out to be the best teaching moment.”

TILA implemented a system of checks and balances to ensure greater accountability and responsibility from leadership and turned the Garden Fellowship into a yearlong artist-in-residency program.

The fellowship includes professional development courses, a reading program in partnership with Charis Books & More and a wellness retreat hosted by Squam Art Workshops. In an effort to help the fellows articulate their practices, refine their resumés and biographies and craft artist statements, writing classes were offered. And a professional photographer was hired to shoot the fellows’ work for their websites.

During an Art Basel kickoff event at Hammonds House Museum last month, the fellows — who range in age from 27 to 35 — talked about their trajectories as artists, how TILA has changed their approach to entrepreneurship and their expectations for Art Basel. Let’s meet them.

Chloe Alexander grew up in Fairburn and began teaching drawing and fashion-design illustration full time after giving up on printmaking. She stumbled onto TILA’s website after making a New Year’s resolution to reengage with other artists at every opportunity and stop making excuses when friends wanted to commission her artwork. 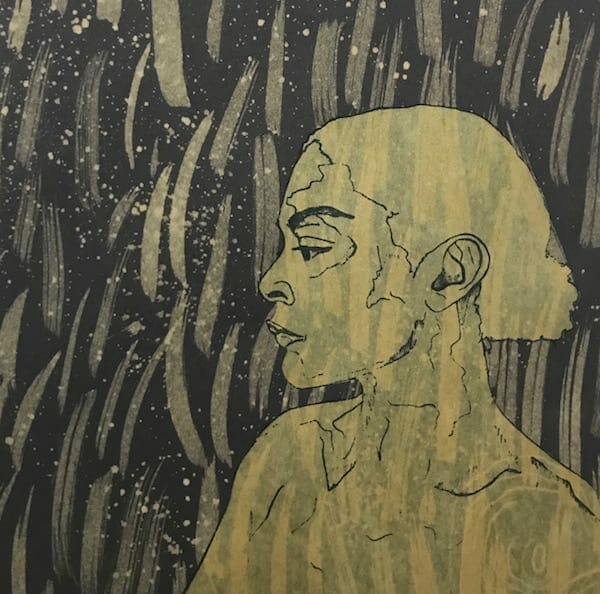 Detail: One of Chloe Alexander’s prints

“I started saying yes to everything,” she says. “In the process, I realized my fear of falling short of others’ expectations, or not being good enough, was the only thing holding me back. Logically, we know instant gratification makes no sense, but we still expect it. Since joining TILA, I have learned that if I devote the time and space to doing something, and am patient with myself, it will happen.”

Alexander’s membership with Atlanta Printmakers Studio gives her access to expensive printing equipment (presses can cost upward of $20,000), and she says being at TILA and surrounded by people whose life experiences are similar to hers “has been an irresistible opportunity to build a new tribe.”

She says she felt like she was screaming into a vacuum while working in isolation but that having people care about what she has to say as an artist is new and welcome. In Miami, she hopes to meet printmaking savant Delita Martin to “learn all her secrets.”

Photographer Stephanie Brown explores “ancestry, the construction of identity and the phenomenon of implicit/explicit bias.” As the child of immigrant parents from Jamaica, Brown got the message that art was neither a viable university major nor a career goal. But her fascination with taking pictures prevailed. 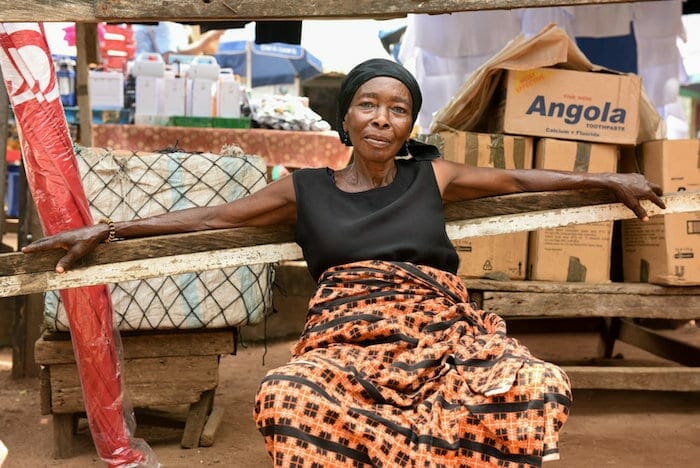 “The benefit of being the last of five kids was watching all of my siblings go one route for college to satisfy our parents only to find their own way back to their heart’s desires,” says Brown. “By the time I came along, I knew it made sense to stick to my guns as opposed to backtracking my way to what I was meant to do.”

Brown says she’s done as much as she can on her own in terms of networking but that the art industry is full of gatekeepers. TILA has given her access, and she calls the Garden Fellowship a game changer. “It has given me the opportunity, time and initiative to focus on the thing I’ve been saying I want to do . . . and do it.”

In Miami, she wants to absorb information, she says, showcase her photography and find out what collectors, critics and gallerists are taking about. 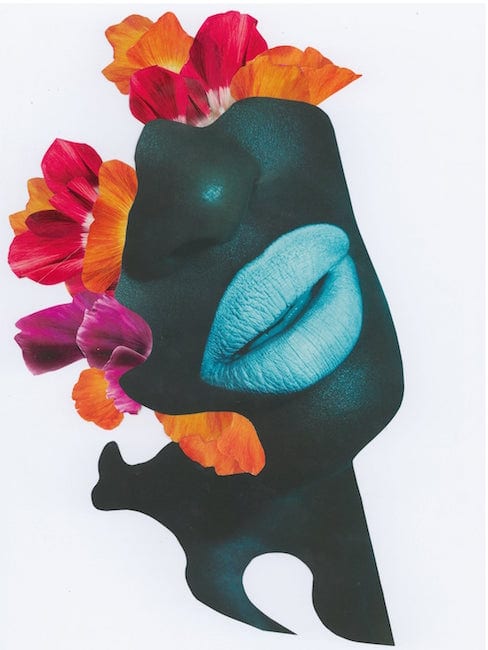 “TILA’s residency pushed me to dig deep artistically, meet deadlines, surpass goals and make myself vulnerable to critiques,” says Moma, who was born in Nigeria to Tanzanian parents. “I’ve been awakened to the need for a balance between creativity and creating opportunities for ourselves as artist-entrepreneurs.”

She’s going to Miami to show her work, share her story, represent herself and make lasting connections with galleries for potential representation, she says.

Sculptor Ellex Swavoni was “plucking away” as a graphic designer before a friend referred her to TILA. “In graphic design, you’re trying to find solutions for problems and trying to convey messages through images,” says Swavoni, who’s from Louisville, Kentucky. “It is the responsibility of artists to translate the human experience into things that the senses can accept even if the mind can’t comprehend. Now I’m doing it in 3-D.” Swavoni is looking forward to mingling with other artists in Miami, visiting the Juxtapoz Magazine-sponsored clubhouse — Art Basel’s immersive exhibition space — and “enjoying the party.”

Fiber artist Adana Tillman is from Akron, Ohio. She recently had her first solo show, Around My Way, at Hodgepodge Coffeehouse and Gallery in Little Five Points. Her dream of being an artist was on hold until a colleague in the doctor’s office where she works saw TILA’s Garden Fellows announcement on Instagram and encouraged her to apply. 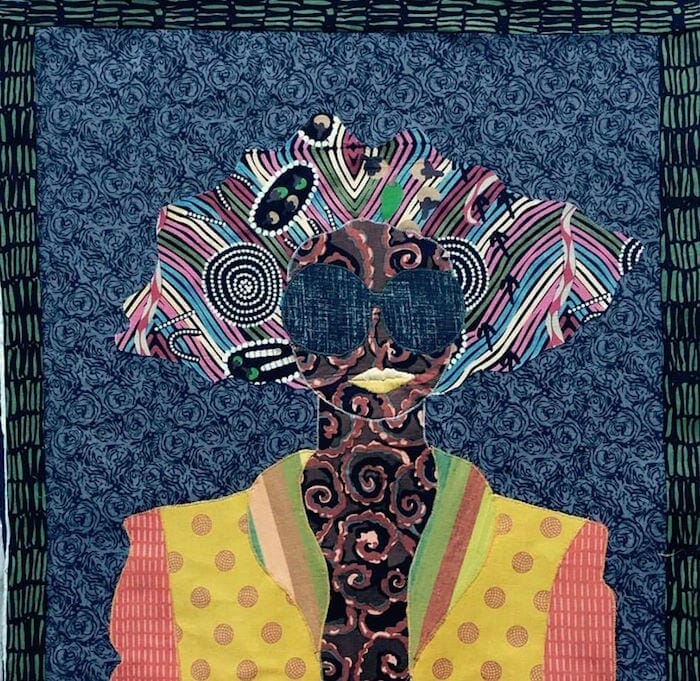 “I’d lost my connection to creativity and started to feel it in my soul,” Tillman says. “The days were all blending together. But once I joined TILA, my practice evolved as I observed other artists’ practices and techniques. Tiffany instilled the importance of marketing and setting goals as an artist/entrepreneur. I learned that I cannot just go into my hole and create. I have to be my own publicist, promoter, advocate. All of which requires business savvy.”

Tillman hopes to meet famed New Jersey-based fiber artist Bisa Butler at Art Basel and “pick her brain on fiber art on a large scale.” She also plans to continue the conversation on the business side of art with Butler and others.