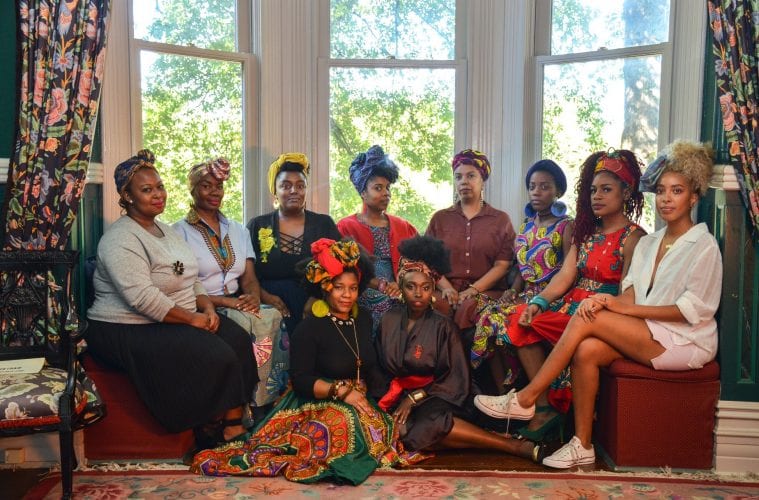 This December in Miami, Atlanta artists will carve out space for themselves at Art Basel while advancing a conversation about recognizing black women artists, as TILA House — a five-day experience organized by Atlanta’s TILA Studios — coincides with the week of fairs, exhibitions, public art and parties. Each year, Art Basel Miami Beach draws a huge crowd of buyers, sellers and artists. Members of the Atlanta arts community are among those drawn to the event. (Photo courtesy Art Basel)

For many, Art Basel represents the pinnacle gathering of the art marketplace in the United States, as an estimated 75,000 people visit Miami to feast their eyes (and wallets) on art from around the world. Art Basel is a single fair, but the “Art Basel” name has become a catchall for a slate of citywide art events and exhibitions that take place during its run. For artists, curators, gallerists and collectors, Art Basel represents a moment to reunite and recalibrate their  standing among peers and colleagues.

And with the art world’s eyes trained on Miami, the Art Basel environment provides an opportunity to address important ideas, in particular the underrepresentation of black female artists in museums, galleries and collections in comparison to white male colleagues, something that TILA Studios has been working to counteract since it opened as a coworking and community space for black women artists in East Point.

“When I started TILA Studios a year ago, I wanted the world to know the many black female artists that are missing from fine-arts institutions,” says Tiffany LaTrice, TILA Studios’ founder and executive director. “But now, TILA is growing into a community of collaboration between women.” Grace Kisa, The Convergence of Affirmations

For almost any artist presenting at an art fair — from a local curbside market to Art Basel — there’s a level of financial commitment required. For the upper-echelon fairs in Miami, the expense of making the trip for a single artist can, in some case, mean a five-figure investment.

“I wanted women to have the same feeling I had the first time I visited Art Basel,” says LaTrice. “To see themselves and feel empowered knowing they had a seat at the table.”

TILA Studios is doing more than making room at the table. It’s taking over an entire house. A private dinner, a portrait-day party and a guided mediation session are among the opportunities at which art industry leaders can connect with the TILA House artists. There’s also the EmpowerHer Brunch — a gathering of 250 black women artists, curators and influencers at the Pérez Art Museum Miami. In many ways, the TILA House experience will be a home away from home, as its programming during Art Basel mirrors the role TILA Studios plays as a visual arts incubator, co-working and gallery space serving Black women artists.

“I attended Art Basel last year as an enthusiast, and now I get to attend Art Basel to show my work with nine other amazing and talented artists,” says Quiñones. “It feels like a dream.”

The Garden Fellows, plus Atlanta-based artists Kofo Durojaiye and Lewinale Havette will display their work digitally at the brunch. David and Williams also will exhibit at Miami’s PRIZM Fair. The Garden Fellows and the work they’ll present was co-curated by Grace Gardner, TILA’s in-house curator, and Daricia Mia DeMarr of the Hartsfield-Jackson Atlanta International Airport Art Program. The 10 artists were selected on the basis of how they approach narrative elements in their work and their exhibition history.

“There are artists who use media in a very interesting way,” says DeMarr. “I think that was one of the things that stood out the most — how artists are using mixed media and found objects and a variety of media applications.”

“Basel represents visibility and access,” says Gardner. “I think with Art Basel bringing tens of thousands of people from around the world to the city of Miami, it just makes those goals that we have possible.” Christa David, I am my own shelter, thanks?

‘The exciting part with this is that [we have] the opportunity to go down there and see and meet all the other black female artists, curators, galleries, museums and all the people who work in the museum system,” says Kisa. “You don’t have those opportunities that often.”

Atlanta has long had an identity as a place where black culture thrives and is exported. And while black women often drive and support that culture, their contributions and leadership can be under-recognized. Now, perhaps the next Kara Walker, Amy Sherald, Amy Keith or Mickalene Thomas will have the visibility and support to take their careers to the highest levels, with Atlanta as their platform and the world as their audience.