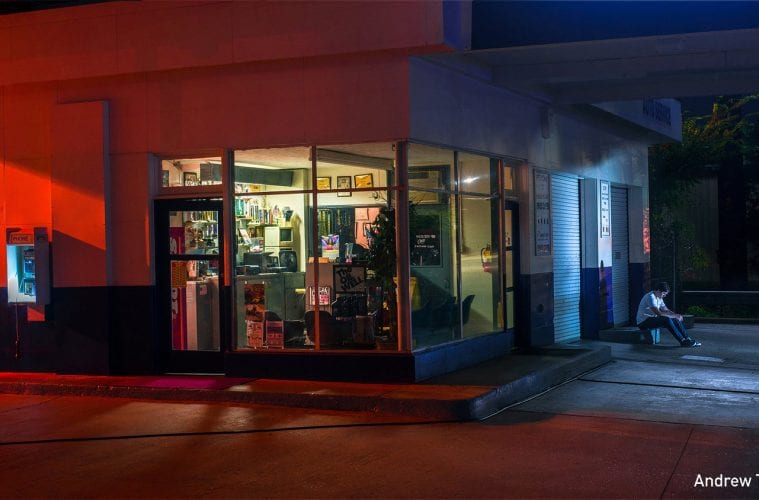 What to see, hear and do this week, December 3–9

Les Trois Voix. Les Trois Voix singers Erin Garrard, Jenna Gould and Katie Sadler-Stephenson present a night of contemplative joy. The program features songs ancient and modern, focusing on the experiences of Mary, both before and after the birth of Jesus. December 8 at 7:30 p.m. Northside Drive Baptist Church. A Festival of Nine Lessons and Carols. Established in 1935, the annual candlelit service of choral music and scripture readings by the Emory University community lives on. December 7 at 8 p.m. Schwartz Center for the Performing Arts.

Atlanta Gay Men’s Chorus: Holly, Jolly and Gay. The wondrous fellas of Atlanta’s Gay Men’s Chorus fill the air with sonic sweetness in the form of holiday songs. December 7 at 8 p.m. and December 8 at 1 p.m. and 6 p.m. The Cathedral of St. Philip.

Spivey Hall Children’s Choir Program Holiday Concert. By tradition, the children’s choir joyously welcomes in the holiday season with a concert of music in various nationalities and styles. December 7 at 7:30 p.m. Spivey Hall.

The Many Moods of Christmas. The PRUMC Chancel Choir, soloists and orchestra and the Georgia Boy Choir present their Christmas classical performance that will tell the story of Jesus’ birth. December 9 at 5:30 p.m. Peachtree Road United Methodist Church, Sanctuary.

Perfectly Clear: Michelle LeClair on leaving Scientology. The author discusses her latest book, in which she discusses defection from the Church of Scientology, her newly accepted sexual identity and the lengths to which Scientology went to silence it. December 5 at 7:30 p.m. Charis Books & More.

The Thing. The 1982 cult classic follows a group of scientist into Antarctica, where a dog appears to be more than the average mutt. December 3 at 7 p.m. Plaza Theatre. Blood Rage. Slasher fans can rejoice over the ’80s classic, which follows twins Terry and Todd in their escape from an asylum. December 4 at 5 p.m. Plaza Theatre.

Rise of the Phoenix. The Taylor Academy of Fine Arts presents a reimagined show that illustrates a flight of regeneration through classical ballet and lively imagery. December 8 at 7 p.m. Rich Theatre.

Atlanta Ballet: The Nutcracker. The first new production of the timeless classic, The Nutcracker, in 20 years welcomes the magic it’s always possessed with the latest performance. Opens December 8 at 7:30 p.m. Through December 24. Fox Theatre.

Elf the Musical. The classic comedy brings Buddy the Elf’s adventure from the North pole into the city to life on stage. Opens December 7. Through December 16. City Springs Theatre Company.

A Christmas Carol. Charles Dickens’ classic tale of Ebenezer Scrooge and the ghosts of Christmas past, present and future comes to life on stage. Opens December 8. Through December 24. Alliance Theatre.

A Christmas Carol: Marietta. The oh, so popular show takes action once again. Starring Palmer Williams Jr. as Scrooge, the story follows the transformation of a grumpy old man to a kinder, wiser soul. Opens December 8 at 7:30 p.m. Through December 24.  Marietta’s New Theatre in the Square. Things We Didn’t Tell. The dramatization follow’s a man who was sexually abused as a child, leading to depression and alcoholism. The production brings awareness to the subject of sexual abuse against males and the lasting impact it has on the victim and those around him. December 7–8. Sewell Mill Cultural Center.

The Ethel Merman Disco Christmas Spectacular. The show transports audiences into what Merman’s unaired 1979 Christmas television special would be like. Opens December 6 at 8 p.m. Through December 22. Out Front Theatre Company.

Curious Holiday Encounters. A show that captures the delicate balance of delight and madness that is the holiday season. December 6–9. 7 Stages Theatre. A Year with Frog and Toad. A show based on the books by Arnold Lobel, two friends of different personalities come together on stage to prove friendship endures all. Opens December 7. Through December 30. Synchronicity Theatre.

Music to My Eyes. Photography by Al Clayton, Arnold Newman, Herb Greene, Herb Snitzer and Tim Barnwell will be on display. The works contain portraits of musicians across the spectrum — from Johnny Cash to Janis Joplin. Through December 7. Lumiere Gallery. Robert Chamberlin: Collapse. A solo exhibition utilizes porcelain works in the form of heavily decorated and fragile vase forms as a symbol for the body or as a metaphor for a nation or reign. Appearing as though they are about to cave in, each piece pushes the boundaries of the medium. Through December 8. Marcia Wood Gallery.

Knead. Written and performed by Mary Lynn Owen, the show presents a woman’s bread-baking experience that leads to an unpredictable experience. Ingredients of time and memory interfere, and everything is pulled into question. Through December 9. Alliance Theatre.

Christmas at Callanwolde Designer Showhouse. Visitors of all ages are invited to tour the 27,000-square-foot historic mansion elaborately decorated by Atlanta’s top interior and floral designers, as well as professional holiday displays, an expansive artists’ market and other activities.  Through December 9. Callanwolde Fine Arts Center. Waits To Be Born part two is on display at Notch8 Gallery through December 16. (Courtesy of artist, Sanithna Phansavanh)

Sanithna Phansavanh: A ghost within me, waits to be born. The second exhibition of the back-to-back solo shows by the imitable painter unveils this Friday. Through December 16. Notch8 Gallery.

A 1940s Radio Christmas Carol. Set on Christmas Eve in 1943, the show presents a contemporary take on Charles Dickens’ classic tale, A Christmas Carol. The radio show provides a comic amount of mishaps and unexpected turns, whether it be a hard-boiled detective or a Hilteresque villain named Rudolf. Through December 16. Act3 Productions.

A Nice Family Christmas. A young newspaper reporter on the brink of being fired has been assigned a last-chance story about a typical family Christmas — his family’s Christmas. Once the family learns that he’s writing on all of their personal information, things heat up in the best and worst way. Through December 16. Stage Door Players.

This Is Our Youth. A living snapshot of the most awkward time in life: the moment between adolescence and adulthood. Through December 22. Pinch ‘N’ Ouch Theatre.

A Christmas Carol. Anthony Rodriguez guides audience members through the traditional tale of Mr. Scrooge and the troop of Dickens’ characters in a one-man presentation of A Christmas Carol with a twist. Through December 22. Aurora Theatre.

Charles Dickens’ A Christmas Carol. For more than 20 years, the Shakespeare Tavern has presented its own adaptation of the classic tale of Scrooge’s experience with three ghosts. Through December 23. Shakespeare Tavern.

Christmas Canteen. The show returns to the stage for a 23rd year with all the songs, comic sketches, trips down memory lane and a sprinkle of Christmas magic that it’s always harnessed. Through December 23. Aurora Theatre.

Madeline’s Christmas. Ludwig Bemelmans’ classic tale of Madeline and her friends comes to life with more than 24 actors from the Atlanta Children’s Theatre Company. Through December 30. Horizon Theatre Company.

Waffle Palace Christmas. Yes, this is real. Waffle House Southern humor takes the stage — inspired by true events, served up over easy and just in time for Christmas. Through December 30. Horizon Theatre. Rudolph the Red-Nosed Reindeer. The holiday cult classic hits the stage to follow the story of a rejected reindeer, a wannabe dentist and other misfits that come together. Through December 30. Center for Puppetry Arts.

Michi Meko: It Doesn’t Prepare You for Arrival. An exhibition that seeks silence and the comfort of solitude but brings attention to the countless reasons black people feel unwelcome in natural outdoor spaces. Through January 26, 2019. Museum of Contemporary Art of Georgia. Elizabeth Jones and Craig Hawkins: Beautiful. Featuring photography and paintings, the exhibition allows viewers to bear witness to remarkable beauty in the face of suffering and raises global awareness of burn victims in India. Through February, 2019. Still Point.

SCAD FASH: Cinematic Couture. The exhibition presents more than 50 costumes that focus on the art of costume design through the lens of film and popular culture. Films represented in the exhibition depict five centuries of history, drama, comedy, fairy tale and adventure through period costumes worn by well-known film stars. Through March 3, 2019. SCAD FASH Museum of Fashion + Film. William Christenberry: Time & Texture. The exhibition includes more than 100 photographs by Christenberry that span over four decades beginning in the 1960s — including photographs of vernacular architecture and rural landscape of central Alabama on an annual basis, creating a prolonged study of place and the passing of time. Through April 14, 2019. High Museum of Art.