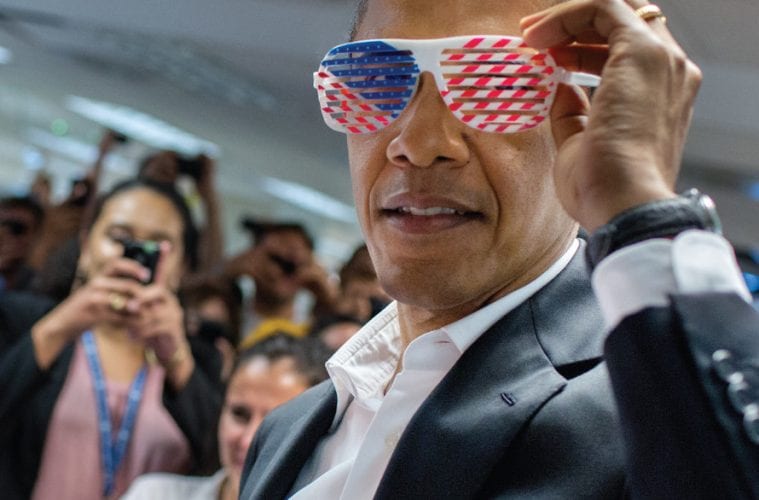 You don’t actually have to photograph two presidents to tell a tale about both.

Shade, the aptly titled new book from former Chief Official White House Photographer Pete Souza, is a portrait in contrasts. By selecting more than 100 of his favorite images from his years photographing the Obama presidency, Souza inevitably paints a bittersweet portrait of two presidencies, an implied history of recent change in America.

In the days after Trump’s election, Souza began digging through his archives and tweeting images that spoke to whatever Trump-related chaos dominated the day’s headlines. Call it “shade,” call it “tea” — Souza simply likes to call it “telling the truth.”

Souza will discuss his new book at the Rialto Center for the Arts at Georgia State University on Thursday, December 6, at 7 p.m. In advance of his visit, reread ArtsATL contributor Gail O’Neill’s in-depth interview with Souza from 2017 about his time in the Obama White House and his bestselling book Obama: An Intimate Portrait.