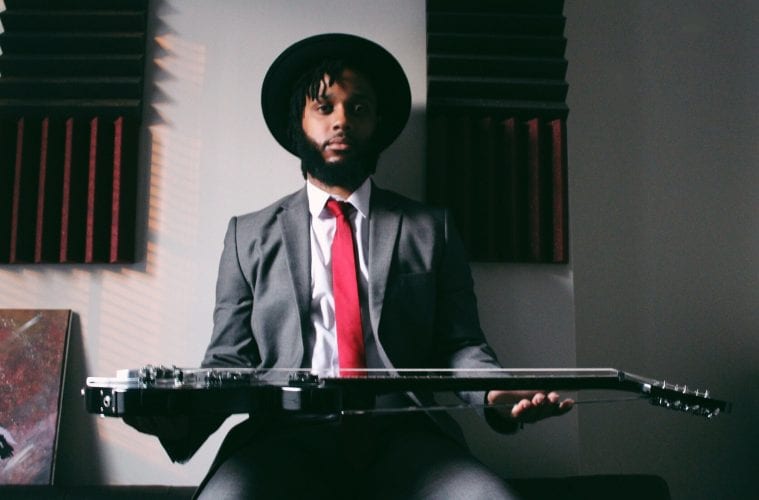 When AJ Ghent takes the stage at The Inn at Serenbe this Saturday as guest artist at the Chatt Hills Music series, listeners will hear a third-generation singer-songwriter doing what his family does best — bring down the house.

Ghent’s grandfather, Henry Nelson, founded what is known as the Sacred Steel rhythmic guitar style, used by Robert Randolph and others. His great uncle, Willie Eason, created the Sacred Steel tradition. And his father, Aubrey Ghent I, is a virtuoso guitarist in his own right. But instead of resting on that family legacy, Ghent continued the notion of musical progress by crafting a sound he describes as neo blues — a mashup of blues, R&B, hip-hop, church music, funk and a blend of ‘50s and ‘60s rock and soul.

“I heard an overwhelming spirit of conviction and love in my father’s playing,” Ghent says. “He and my grandfather created this singing voice on the guitar. It was like nothing I’d ever heard before, and I haven’t heard anyone do it with the same intensity and feeling since.”

When thinking of Ghent’s style, imagine a combination of James Brown, Prince and Jimmy Hendrix, and you’ll just begin to see the outline of a picture that Ghent describes as the “joyful, screaming, performative aspect of the black church.” Add in a Fender Strat lap steel guitar Ghent plays upright and overhand, and tunes to mimic the sound of a woman’s voice and an electric guitar, and you’ll get the total picture.

Born in Fort Pierce, Florida, in 1986, Ghent grew up only hearing his elders play in one of two places: at the Southern Pentecostal House of God church he attended with his mother, or on a recording he discovered as a 12-year-old.

“It was one of the first sacred steel CDs, with my father, my grandfather and my great uncle on there,” Ghent says. “At that point, I became interested in the instrument, and I would listen to that thing until I broke it.” 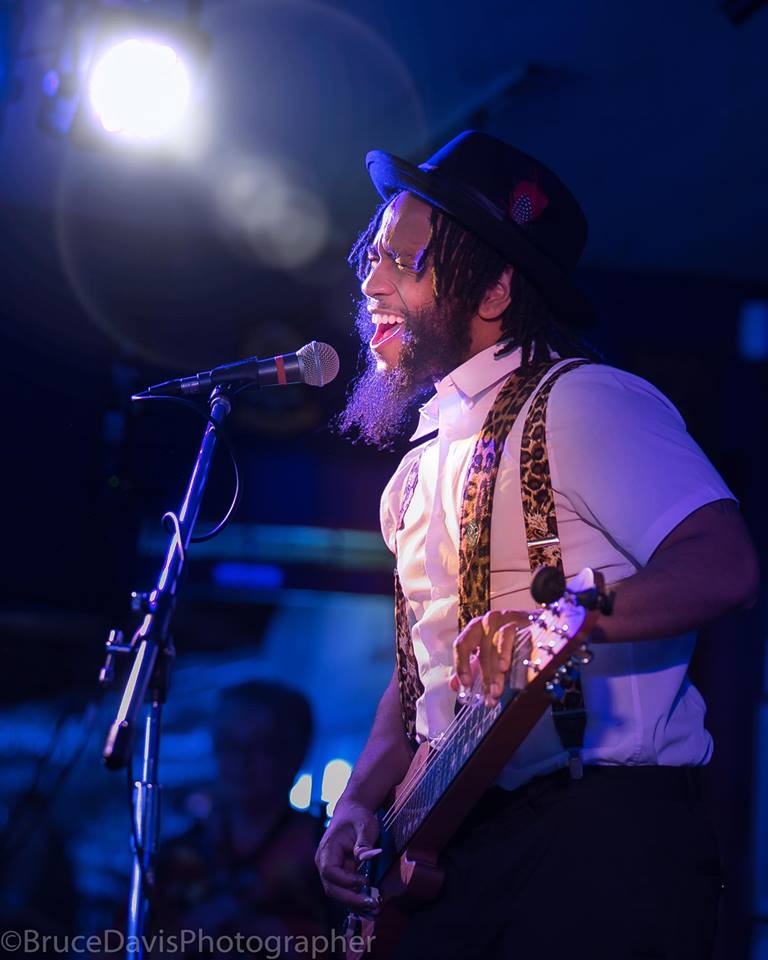 AJ Ghent plays the Inn at Serenbe on December 8. (Courtesy of Bruce Davis)

Later that year, when Ghent received a hand-me-down guitar from his cousin, the seventh-grader ran to church, started playing and has never looked back. Ironically, both he and his dad are self-taught musicians, owing to what Ghent calls an unfortunate generational curse of fathers not being around to raise their children following separation and divorce. It’s a cycle he is determined to break now that he has a newborn son, Aubrey III. But the experience has also taught him the value of having to find his own way as a musician.

“I didn’t know how to tune my guitar and started playing with a AA battery for a slide because I didn’t have the right tools,” Ghent says. “The problem-solving allowed me to be original and find different sounds that I still use today because nobody was there to tell me the right way to play. But, as my mother would say, it was long, long days and nights of bad music.”

Bad music notwithstanding, Ghent received a top-notch education from Southern Pentecostal House of God church — where he learned to read the congregation.

“If ain’t nobody getting up and that ain’t what they needed at the time, they let you know it,” he says of playing for the Sunday crowds that were as pious as they were unforgiving of a misplaced note. “Church is a totally different ballgame from performing at a club or festival, but reading a crowd and knowing what they need at the moment is the same. You can feel people’s hearts and minds. It’s a serious game because whether we know it or not, we need those vibrations that heal and give peace and happiness.”

Following high school, Ghent played with Top 40 bands in West Palm Beach before relocating to Atlanta in 2012, where he took on sideman jobs and studio session work. He’s opened for the Allman Brothers Band; was featured on Zac Brown’s 2013 Grohl Sessions Vol. 1 alongside the Foo Fighters’ Dave Grohl; and released his sophomore album, Neo Blues Project, in March. But he cites his year-long tenure of touring with Colonel Bruce Hampton’s band, Pharaoh’s Kitchen, with reinforcing what he understood instinctively.

“Colonel Bruce Hampton’s whole aura and style was a huge reflection of the church,” Ghent says. “He taught me that it was okay to play from the heart, not get caught up in technical perfection and music theory because, while those important are lessons, the crowd ain’t there for that. They’re there for an experience.”

In an effort to meet his audience where they are these days, Ghent finds that he is more and more inclined to toss his set list upon taking the stage. Spontaneity is the only consistent element in his live performances. He describes the connection he has with concert-goers as a spiritual experience. And he enjoys the challenge of converting the nonbelievers.

“If you never heard me and happened to come to a show, you really don’t know what to expect,” he says. “After that first or second song, I tap into something that’ll make you smile. By the end of the show, I want you up on your feet dancing. And by the encore, they might have to escort you out because you’re having too much fun!”