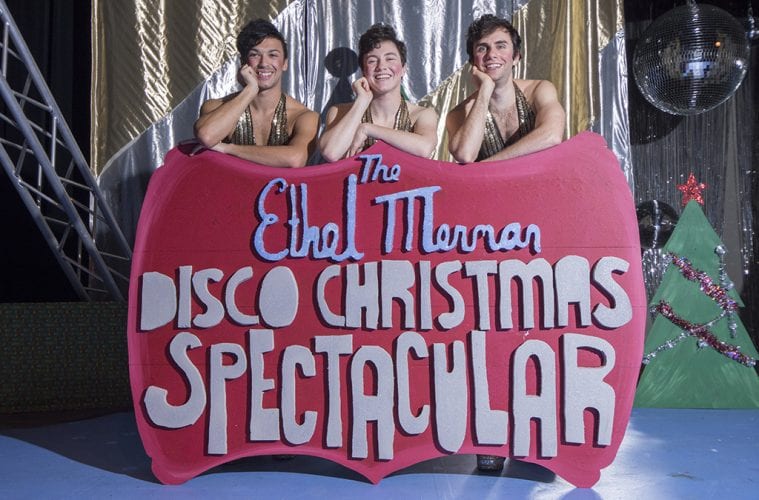 As Paul Conroy, the artistic director of Out Front Theatre Company, was tossing around ideas for his company’s first holiday show, his main priority was avoiding traditional fare. With his new work, it’s safe to say he’s done that.

Out Front’s world premiere The Ethel Merman Disco Christmas Spectacular!, running December 6–22, posits what would have happened if the celebrated singer/actress had taped a television show for the holidays that never aired.

“Obviously it’s a parody,” says Conroy of the musical, which brings together Merman, a stage manager and producer, as well as guests, for the variety show. “We have it set at Studio 54, and the guests include Andy Warhol, Michael Jackson, Donna Summer and a few surprises. You don’t just watch Ethel Merman for two hours. The audience will see what’s happening on camera and then during the breaks.”

The project has been in Conroy’s mind since Christmas of 2016. “I started to create the structure of it then,” he says. “I work very well with a deadline, and last year when we announced that it was happening, it was nice to get it out there, and I started writing it.” 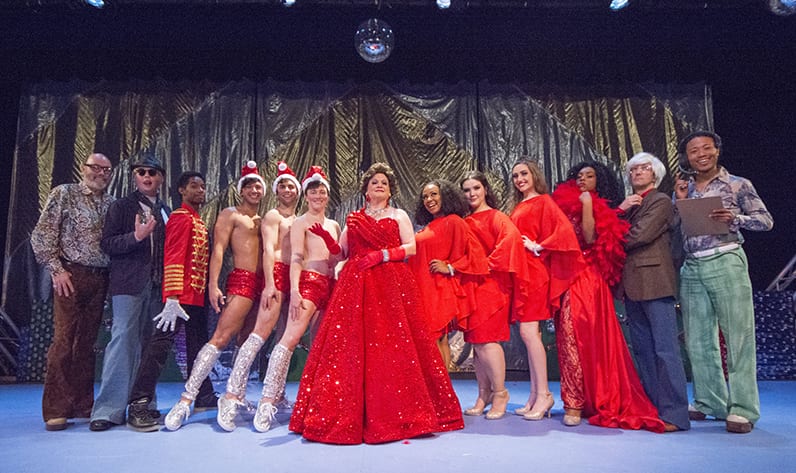 There will be “special appearances” by stars of the day in Out Front’s new Ethel Merman musical. (Photo by Tyler Ogburn)

When someone asked him recently when he became aware of Merman, Conroy couldn’t remember. As a child in the ‘80s, his family was not one that saw Broadway shows, nor did they listen to cast recordings. Yet he was familiar with the performer — and her inimitable legacy and style. “In the ‘30s, ‘40s, ‘50s, she did everything her own way,” he says. “She was married four times and swore like a sailor.”

The production features recognizable Christmas music such as “Joy to the World” and “Twelve Days of Christmas,” embellished with a disco beat. It was important, however, for Conroy — who is directing the musical — that Merman and the other characters come across as real and not as caricatures.

“In writing this, I put in (the director notes) that [Ethel not be played by] a drag queen,” Conroy says. “She sings live. I want people to see in this Ethel Merman (played by Lynn Grace) a grandmother, or mother, a strong woman who is just getting older. She worked in show business for 50 years, and the disco album was the last thing she ever recorded. She was trying to stay popular and relevant at 71. For all the others too, such as the actor playing Andy Warhol (Davin Grindstaff), we didn’t want him to make the character a cartoon.”

For that reason, even if it’s popular, Conroy says that The Ethel Merman Disco Christmas Spectacular! won’t be an annual event at Out Front.