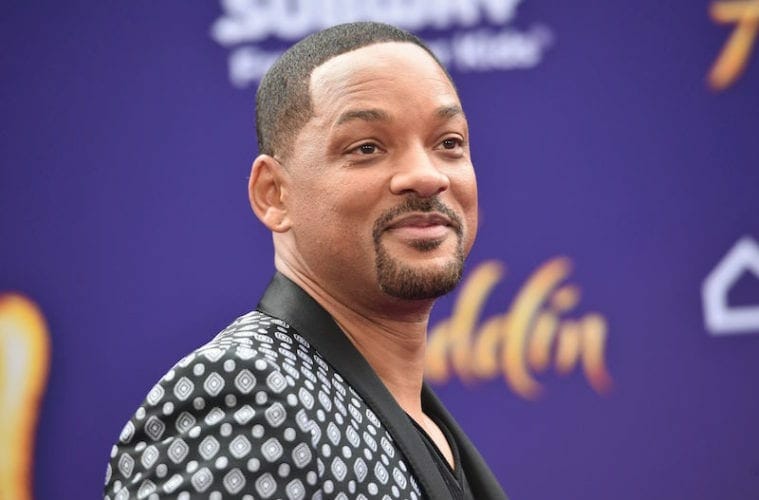 Will Smith will play "Whipped" Peter, an escaped slave who joined the Union Army. (Photo by Stewart Cook / Shutterstock)

Actor–producer Will Smith and director–producer Antoine Fuqua announced today that they’re moving production of their upcoming film, the true-life slave drama Emancipation, out of Georgia. They cited the newly enacted voting restrictions passed by the Georgia Legislature and signed by Gov. Brian Kemp.

The news was first reported by Deadline and The Hollywood Reporter.

The drama was to have begun production June 21. It is the first major shoot to leave the state because of the new, GOP-led law. It curtails the use of dropboxes, enacts strict new ID requirements for absentee ballots, and makes giving water and food to those waiting in line a crime. Politicians and civil rights activists call it the “new Jim Crow.”

“At this moment in time, the nation is coming to terms with its history and is attempting to eliminate vestiges of institutional racism to achieve true racial justice,” Smith and Fuqua said in a joint statement. “We cannot in good conscience provide economic support to a government that enacts regressive voting laws that are designed to restrict voter access.”

Apple bought the film package in heavy competition last June, besting Warner Bros. in a deal believed to be about $130 million, Deadline reported. It’s a passionate project for Smith and Fuqua. The deal was inked in the aftermath of the George Floyd killing that helped spark Black Lives Matter protests nationwide.

The drama, based on a script by William N. Collage, will feature Smith as Peter, a fugitive on a journey north from Louisiana. The character “Whipped Peter,” was an enslaved man who emancipated himself from a Southern plantation and joined the Union Army. In 1863, photos taken of him at an Army medical exam ran in Harper’s Weekly. One image, known as “the Scourged Back,” shows his naked back, mutilated by a whipping.