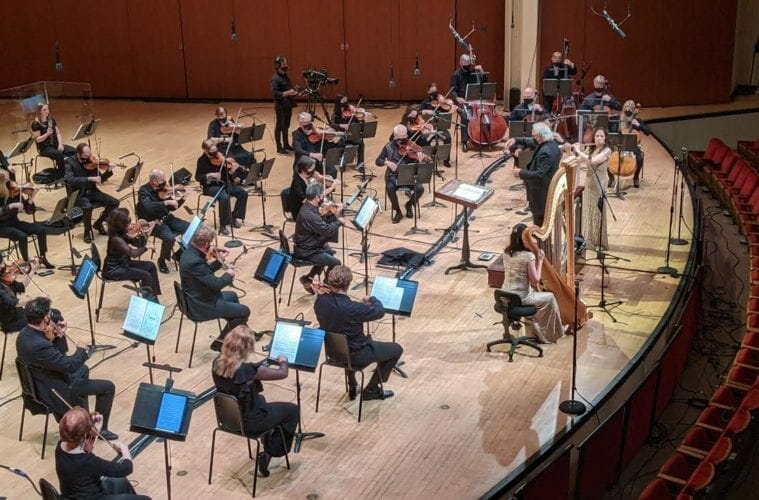 Review: Under Runnicles, the ASO puts a joyful stamp on Mozart, Beethoven

The Atlanta Symphony Orchestra took its audience on a delightful musical trip to Imperial Vienna by way of the Parisian aristocracy on Thursday evening. There was a lot of sunshine along the road. Recorded at Atlanta Symphony Hall in late March for this April premiere, the virtual concert included Mozart’s Concerto for Flute and Harp in C Major and Beethoven’s Symphony No. 4 in B-Flat Major — both very positive pieces that conquer through joy. Both were ebulliently performed by the ASO under the leadership of Donald Runnicles, the orchestra’s principal guest conductor.

One of the pleasures of the event was experiencing Runnicles in this particular music. Those who primarily associate him with the more refulgent offerings of the Romantic repertoire should be quite pleased with his work here. Both works skew a bit toward the lighter end of the output from their respective composers, and Runnicles responded with a fleetness of touch and keen dynamic awareness that proved in every way satisfying.

The Mozart opened the program and revealed ASO musicians seated at an appropriate distance from one another. All wore masks apart from the brass and woodwinds, who were placed behind protective plexiglass shields. The concerto remains Mozart’s only music for harp. Composed in Paris in 1778, the piece was commissioned by Adrien-Louis de Bonnières, Duc de Guînes, who was a talented flutist and wanted something he could play with his daughter Marie. Mozart praised his benefactor’s musical skill and declared Marie’s harp playing “magnifique” (he later spoke of her in a rather more limiting fashion, probably because de Guînes never paid him). 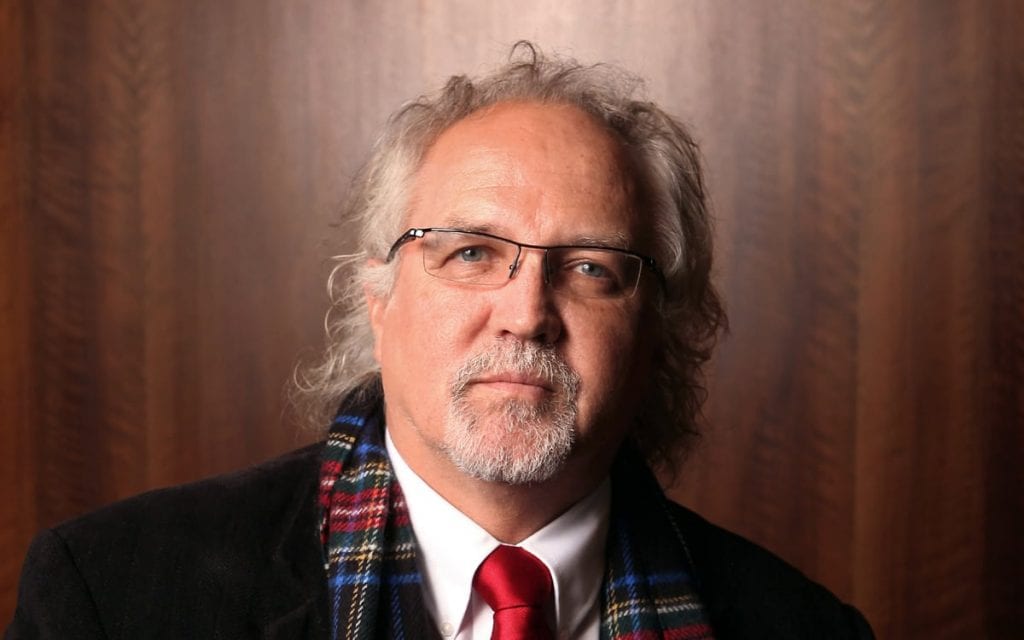 Associate conductor Donald Runnicles said the orchestra is grateful to perform, even with COVID-necessitated  masks and a virtual audience. (Photo by Pablo Castagnola)

Aside from all that domestic drama, it is a marvelous diversion. Soloists Christina Smith (flute) and Elisabeth Remy Johnson (harp) were in excellent form. Smith coruscated through the complicated passagework with precision and boasted perfectly calibrated trills. As the harp was still in development at that time, the sweeping arpeggios one generally associates with the instrument are not evident here; Mozart’s music is akin to what might have been scored for keyboard — a great virtuosic challenge to the performer, which Johnson met expertly. Cadenzas were tasteful and gracefully executed. There was a particularly beautiful interlude from the orchestra as it launched into the third movement with a stunning interplay of woodwinds and strings.

Beethoven’s Symphony No. 4 must be one of the most underrated pieces in the standard repertory. Composed in 1806 at the behest of Count Franz von Oppersdorff, the work’s gleeful sound world has suffered from being sandwiched between the vainglorious pomp of the Symphony No. 3 and grandeur of the 5th. It arguably finds the composer gazing back upon his early beginnings more than to his glorious future, but when delivered with such elation as Runnicles accomplished here, it is irresistible. The transition in the first movement from the opening adagio into the buoyant allegro was nimbly done. There was excellent work from principal bassoonist Andrew Brady and his colleagues throughout. One was struck by the grace of the strings and keenly disciplined brass in the second movement, while the third boasted lovely playing from the woodwinds and a wealth of dynamics overall, including some especially thrilling percussion. The fourth and final movement was distinguished by precise execution of the febrile string figures that open the section and more pleasures from those dancing bassoons.

The concert was captured with crystal clarity by the audiovisual team. While nothing replaces an in-house experience, the filming managed to capture a sense of live performance (plus, on camera one can enjoy little details that would be missed from the auditorium, like concertmaster David Coucheron’s deft management of a loosened string that darted about his head like a ray of light).

During the pause, Runnicles and Sameed Afghani, the ASO’s vice president and general manager, sat down for a chat about the challenges of doing concerts within restrictions dictated by virtual performance. The conductor noted the players’ marked ability to find nuance despite required distancing, and an overriding sense of gratitude at the opportunity to perform. Their joy was evident, and a testament to the healing power of music in difficult times.

The concert is available for online viewing for the next 30 days as part of the ASO’s Behind the Curtain virtual program.