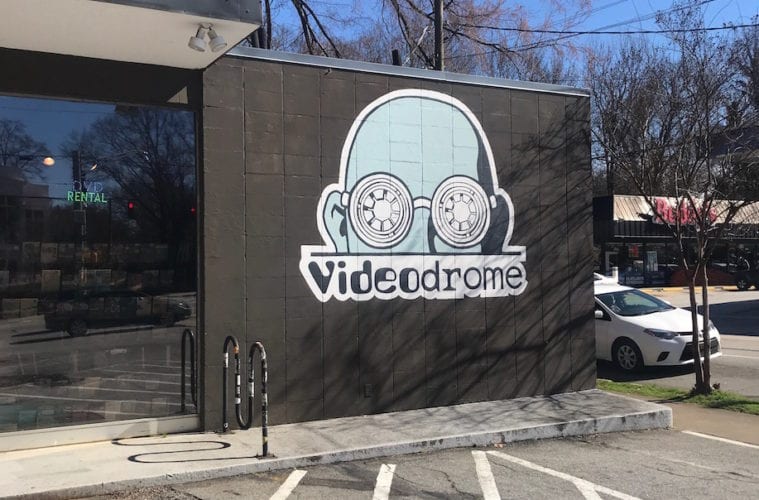 In honor of Mother’s Day this weekend, ARTS ATL reached out to the Videodrome team for another installment of Videodrome Presents. This time, we’ve tapped them for their favorite mom-inspired films — ones that explore the good, the bad and the horrifying parts of motherhood. You’ll want to think more Joan Crawford and less, well, Mother’s Day, for this roundup.

A Woman Under the Influence by John Cassavetes (1974) 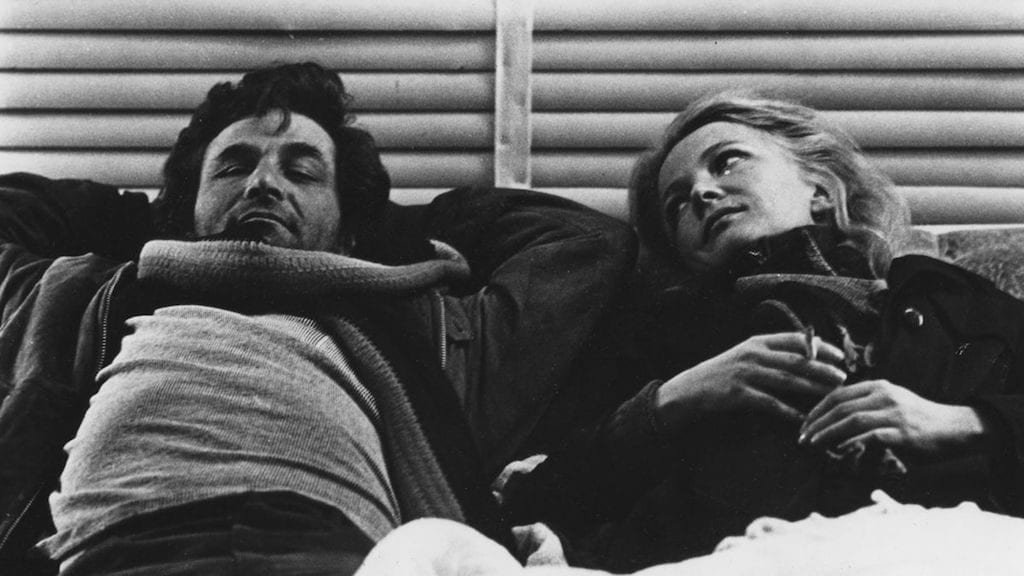 Gena Rowlands gives the performance of a lifetime in this intimate film about a mother pushed to her breaking point. There’s nothing easy about A Woman Under the Influence. The movie is a raw, uncompromising look at the pressures of family life that feels about as true to real life as cinema can get. While it may not be the picture of a mother on her best day, it’s still a film full of joy, laughter and tenderness. A truly unforgettable film. –Matthew Booth 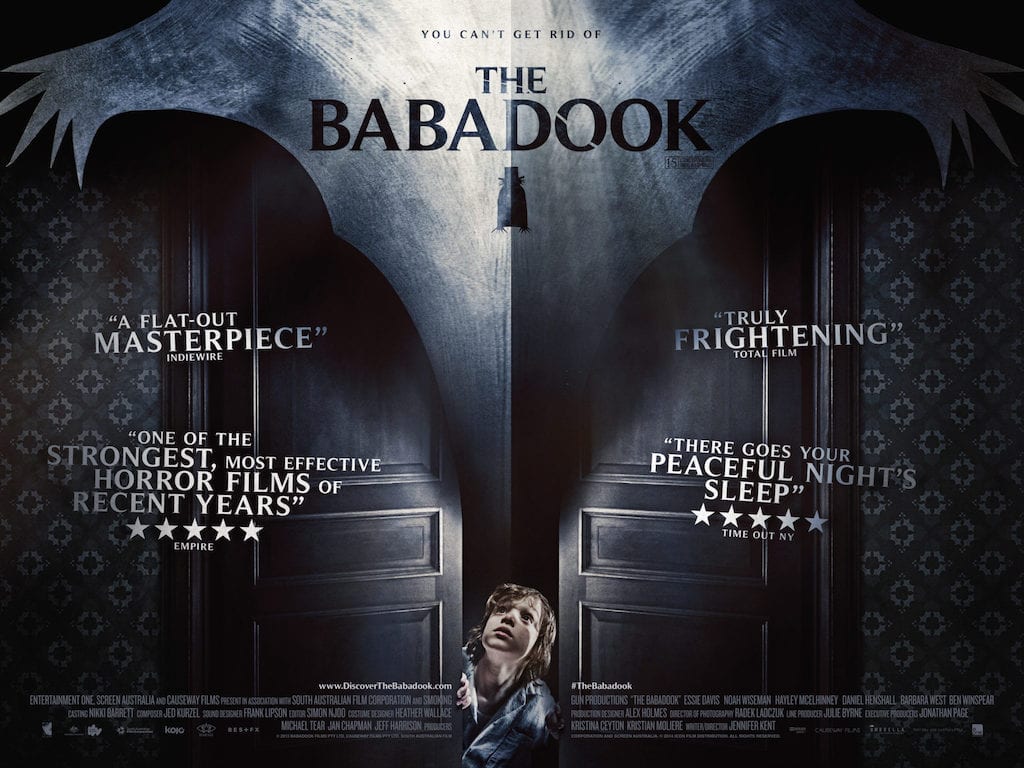 One can’t help but sympathize with Essie Davis’ maternal character Amelia in The Babadook, Jennifer Kent’s directorial debut. Widowed after the violent death of her husband, Amelia must tolerate not only her perpetually irritating six-year-old son Samuel but also contend with what could be a sinister presence invading their small Australian home. This tension-filled tale mixes brilliantly the horrors of the supernatural with the psychological terrors of single parenting.  –Donnie Leapheart 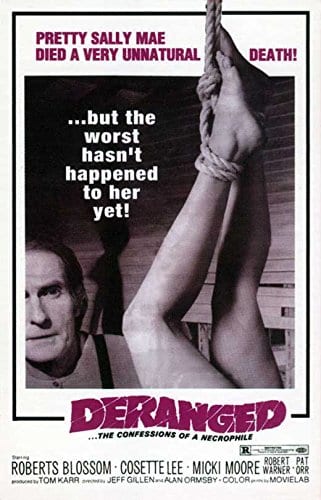 For more than 50 years, the story of serial killer mama’s boy Ed Gein has been the gift that keeps on giving for writers of horror movies. Certainly Gein’s atrocities are the primary draw, but his obsession with his commandeering mother — and the preservation of her body after her death — is the twisted detail that makes it irresistible for endless adaptation.

Psycho was the first out of the gate, based on the highly fictionalized novel of the same name, and in 1974, The Texas Chainsaw Massacre introduced the iconic Gein-inspired character Leatherface to the world. That same year, Deranged, a less renowned but similarly low-budget blood fest, was released. Shot during a bleak Ontario winter, this one sticks closer to the facts than most, but that isn’t why it’s so enjoyable. A hard-to-pin-down sense of humor pervades the movie: We’re jerked between piousness and the outer boundaries of blasphemy, simplemindedness and methodical perversion, folksy conversation and sudden bursts of profanity. Deranged is less Hitchcock and more Herschell Gordon Lewis, but it shares their love of twisted humor, and it might be the queasiest, most irreverent way to observe Mother’s Day. –John Robinson 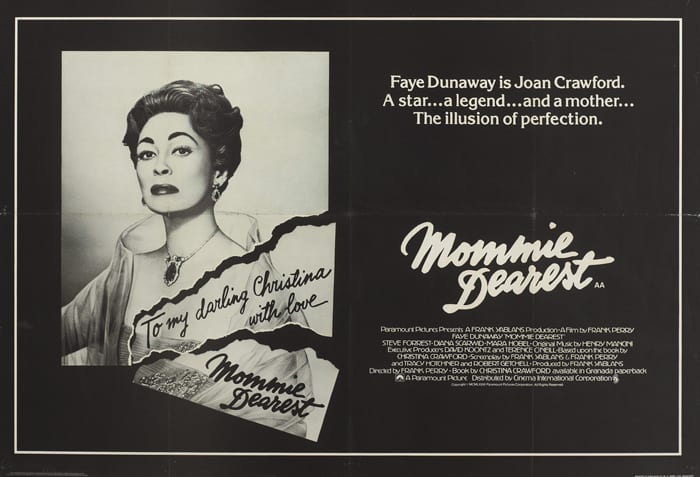 Unable to see your mom on Mother’s Day? Spend the day instead with Faye Dunaway as Joan Crawford in the biographical classic Mommie Dearest.

This over-the-top recounting of Crawford’s motherly love should be used as a guide for new mothers everywhere. Timeless lessons are taught — like if you don’t want your child touching your things, just cut off all their hair. Feeling underappreciated for all you’ve given your child? A light beating with a wire hanger will knock that right out. Dealing with a picky eater? Force your child to eat the same meal for breakfast, lunch and dinner. This flick is a feel-good romp that will leave you with the same warm and fuzzy feelings of a mother’s love. –Alexis Walker

Postcards from the Edge by Mike Nichols (1990) 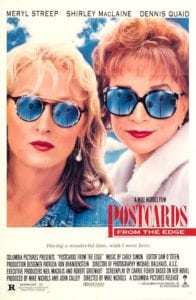 Carrie Fisher’s thinly veiled novel about her life in Hollywood after a drug overdose has a Charlie Kaufman-esque surrealist feel when applied to the screen. It’s a movie about making movies. It’s about trying to stay sober while you move back in with the person who might have driven you to take drugs in the first place. It’s an awkward and sweet rom-com that’s cut short by brutal truth, and a light comedy that’s punched in the stomach every time it feels too good to be true.

Meryl Streep and Shirley MacLaine’s mother-daughter relationship is so real, you feel like you’re watching them from another room. Their rapid-fire dialogue cracks you up and hurts you at the same time. Dennis Quaid’s hopeless-romantic act stinks from the get-go, but his vulnerability and charm lull you into somehow believing him. Why am I enjoying this film about shallow addicts, Hollywood players and delusional has-beens? I don’t know, but there’s a hypnotic and comforting rhythm to watching these messy people’s lives unfold in ninety minutes. Like a soap opera with the best actors on deck and confident direction from Mike Nichols, I can’t . . . turn . . . it . . . off. –Ian Deaton 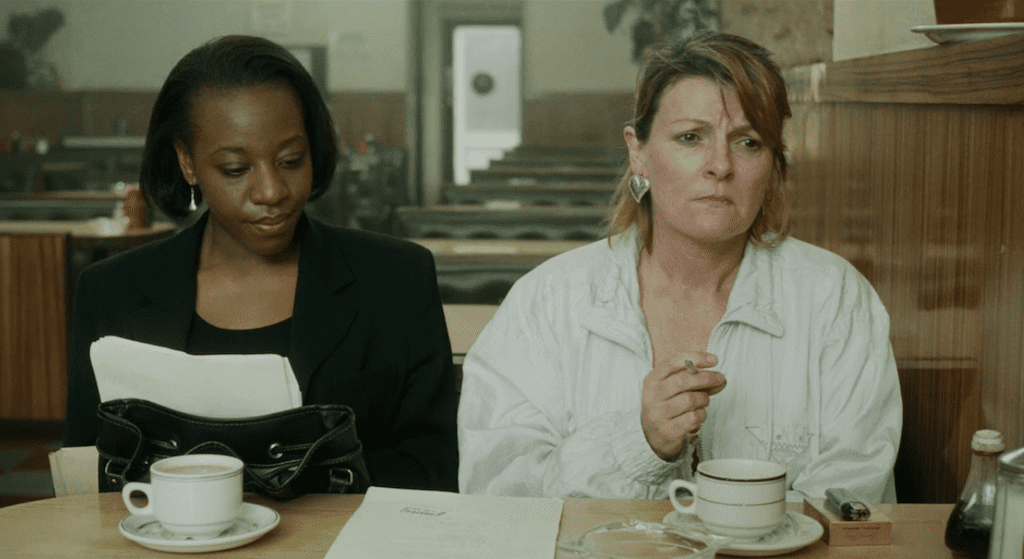 After the death of her adoptive mother, young black optometrist Hortense Cumberbatch goes to a social worker in search of her biological mother. She finds her in Cynthia Purley, a seemingly miserable, white, lower-class factory worker living with her 20-year-old daughter in what appears to be a horrible relationship. Initially, Cynthia denies that Hortense is her daughter, but then she realizes that she indeed is. After, the two embark on establishing a relationship, which doesn’t necessarily go very well.

In the hands of a lesser filmmaker, Secrets & Lies would come across as an overly sentimental, cloying comment on class, race and societal taboos, but director Mike Leigh nails it. Wonderfully acted, sad, poignant and with plenty of Leigh’s brutal humor, this one is not to be missed. –Tommy Morgan