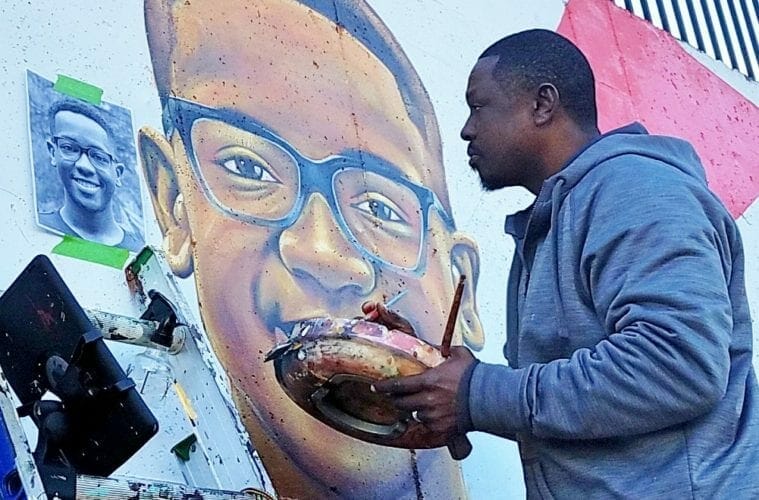 Today in street art: From N’awlins to ATL for muralist Muhammad Yungai

As a high school student, Muhammad Yungai worked part time at a New Orleans record store. Taking the closing shift occasionally meant he’d miss his bus home. While waiting for the next one, he explored the galleries in the nearby French Quarter. One night he stepped into Gallery Royale and was immediately taken with the paintings of self-taught William Tolliver (1951–2000).

“There’s just something about his work that made a connection with me,” Yungai says. “The colors he used and the stories he told through his impressionist and somewhat abstract paintings had such clarity. It blew me away and from that point on I wanted to paint.”

The “Community Roots” mural. Veggies, anyone? (All images courtesy of streetartmap.org)

The bold colors that inspired the younger Yungai are ever present in his paintings and murals today. He’s a full-time muralist and travels from school to school painting impressionistic images. “My medium are walls, and I take into consideration the space I’m working in to tell a story.” A common theme is his desire to encourage and inspire children to reach for their dreams.

Yungai, now 45, grew up in a home full of art and creativity. His father was an artist who fostered his son’s talent. In high school, Yungai took classes for gifted artists, where he met teacher (and mentor) Richard C. Thomas and was inspired. Thomas, Yungai says, “planted the seed in me that one day I could pursue art as a career.”

A love of music brought Yungai to Atlanta in 1996. The desire to express his himself creatively ran strong. He was passionate about making music but grew unhappy with its industry side. His love for painting was reignited when he went home for a visit. “I was walking down Bourbon Street people-watching and looking into all of the windows of the clubs. The lighting inside struck something within me that inspired me to paint again.”

Yungai, who’s self-taught, volunteered to paint in his daughters’ school. That turned into a full-time position as an arts educator. He taught art and accepted mural commissions from KIPP schools, part of a nonprofit network of public charter schools, for more than a decade. In 2016, he became a full-time muralist.

In 2018, Yungai took part in the Off the Wall project, a citywide initiative led by WonderRoot and the Atlanta Super Bowl Host Committee. He created four murals:

Community Roots, which, he says, speaks to the resurgence of farming in inner-city communities and the connection Atlanta’s historically black colleges and universities have to their neighborhoods. See it at Nelson and Tatnall streets in Castleberry Hill near downtown Atlanta. 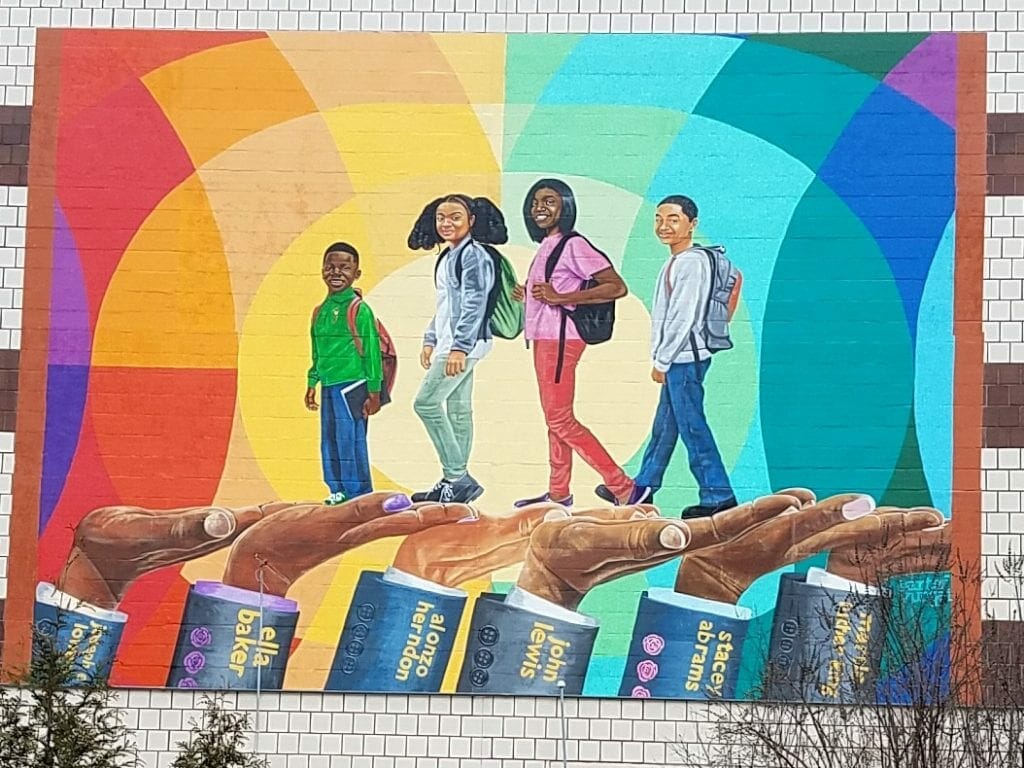 The “Helping Hands” mural at Clark Atlanta University celebrates black activists of the past and present.

Helping Hands, which celebrates the contributions and sacrifices of Atlanta civil rights activists for a new generation. See it at Clark Atlanta University’s Woodruff Library.

New Kids on the Block, a reference to Norman Rockwell’s New Kids in the Neighborhood painting from 1967, which depicts a black family moving into a suburban neighborhood. See it at Luckie and Forsyth streets downtown. 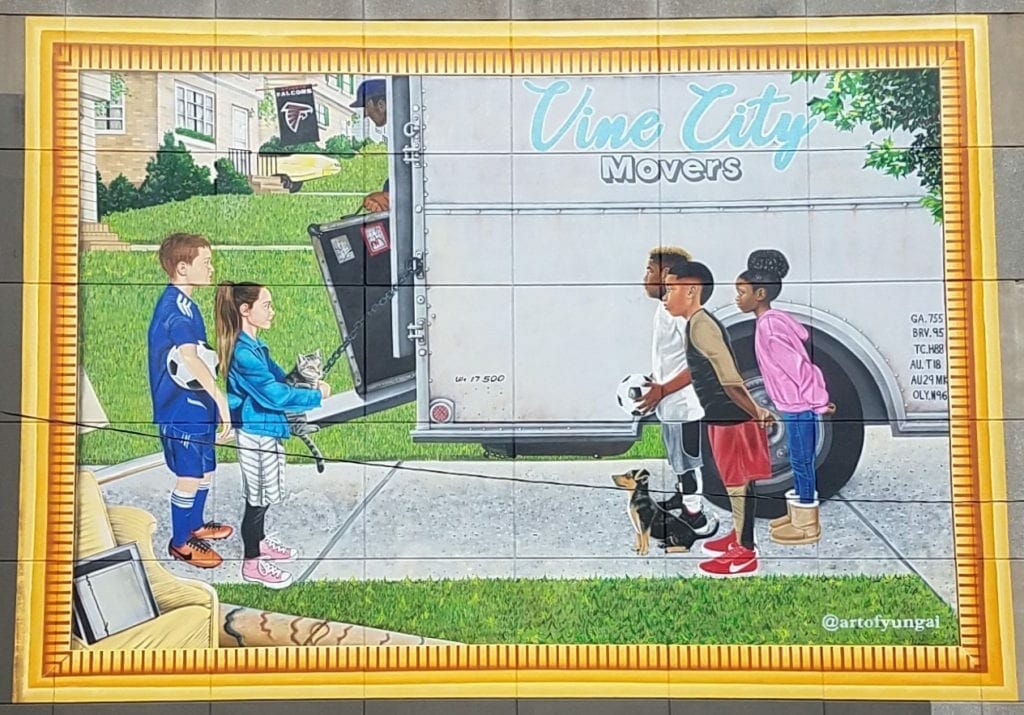 Yungai will soon begin a fundraising campaign aimed at purchasing and converting a school bus into a mobile home. His plan is to travel across the country and paint as many school murals as possible. Next on his list is Gideons Elementary School in Atlanta’s Adair Park area. Follow his progress on Instagram HERE.